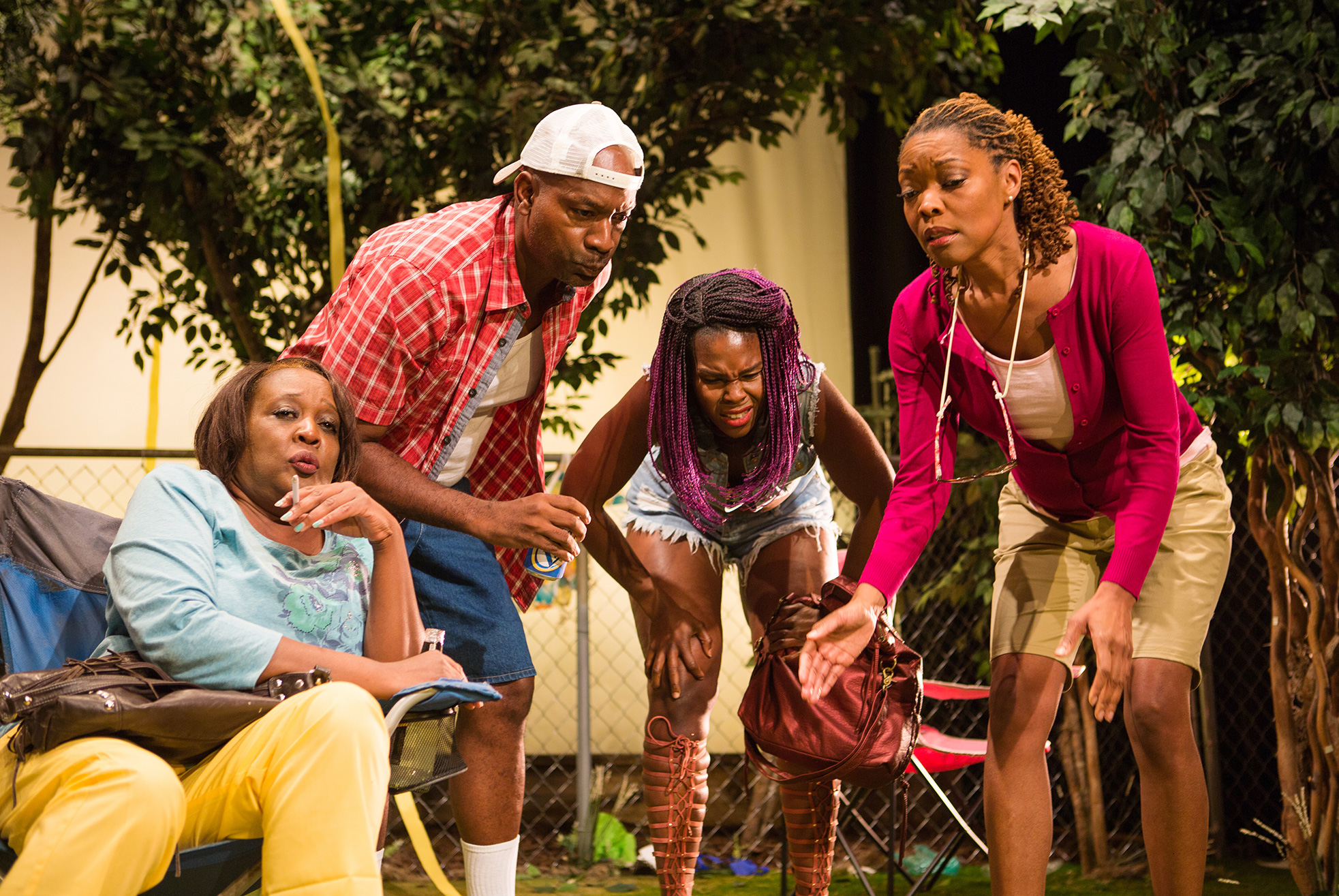 In a working-class community, we meet two O’Mallery families—one white, one black—who are gathering in the park for an intervention.  Springing from the fertile mind of prolific author Robert O’Hara and directed by the multi-talented Margo Hall, “Barbecue” treats us to subtle insights disguised as humor.

In Act One, “Barbecue” relies heavily on gags and class stereotypes to display family dynamics.  When James T (hip, jiving Adrian Roberts) from the black O’Mallerys intones, “All I have to do is stay black and die!” we laugh uncomfortably. James T’s self-deprecating remark fulfills one white stereotype about black Americans.

They all gather to intervene for addicted sister Barbara (introspective Susi Damilano). Although all the O’Mallerys sport addictions, they decide to focus on the youngest, Barbara, whom they claim is out of control.

While the black and white O’Mallerys alternate scenes, the racially based humor of both families signals playwright Robert O’Hara’s true issues. In Act Two, O’Hara engages in more sophisticated and cutting repartee.

The park setting offers a barren feeling, showing a few trees and bushes, a picnic table, and lawn chairs.  A galvanized wire fence with a gate assert the cold, trapped quality of their lives.  The low porch on a concrete block building, topped by a trellis with a few, straggly vines bespeak a sterile existence.

Strong performances by the talented cast mesmerize us. The actors maintain a distance from each other, creating serious tension. Reluctantly, they admit they have to help their sister. Although he style comes more from “Mama’s Family” than “All in the Family,” we still find comic insights through the misery and folly of the O’Mallery families.

There are plenty of surprises, especially in the final scene with its echoes of the Spike Lee movie Bamboozled. “Barbecue” delights with satire and laughter. Ultimately, “Barbecue” makes us think about our own feelings about life in the U.S.A.