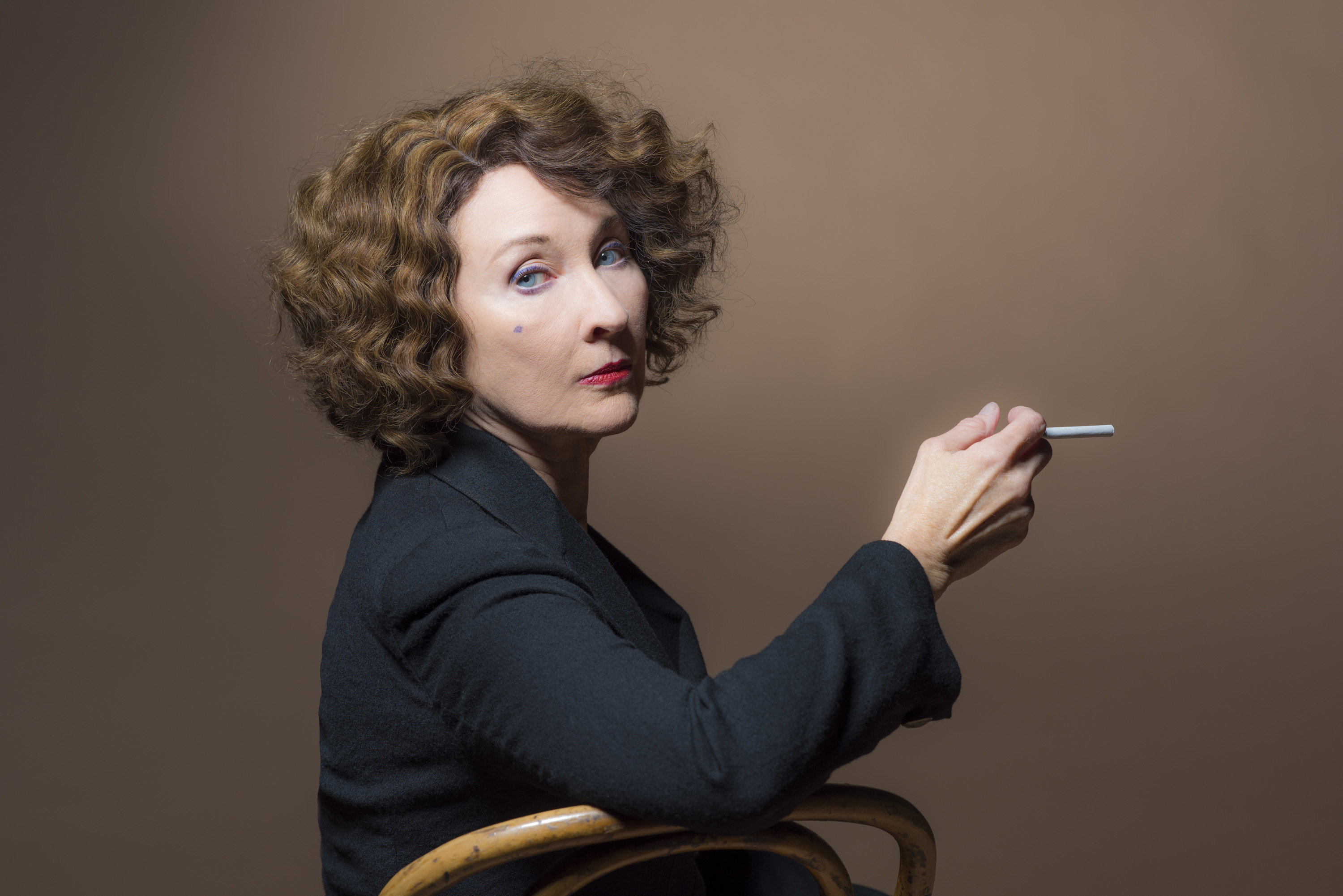 Bay Area audiences have admired Lorri Holt for decades. She was the original Harper Pitt in Tony Kushner’s “Angels in America,” which, longtime theatergoers will remember, premiered in San Francisco in 1991. More recently, she was the hilarious yet touching Masha in Christopher Durang’s “Vanya and Sonia and Masha and Spike” at Berkeley Rep. Now she’s doing something different and arguably more daring. For seventy-five minutes, she stands alone on a stage, inhabiting the French author Colette.

With her short, curly auburn hair, natty scarf, unbridled charm, and impeccable French accent, Holt makes us feel we’re in the presence of this dynamic woman who lived life on her own terms—at least once she left her much older first husband, Willy, who locked her in a room for four hours a day to write novels he published under his own name, and introduced her to the joy of sex with women as well as men.

At first, Colette—that is, Holt as Colette—stands behind a lectern, ostensibly giving a lecture after World War II, when Gigi, her most famous novel, has reached Broadway and then Hollywood. But soon she begins recalling her youth in Burgundy, her stern but loving mother, her three husbands and many lovers, a few of her fifty books, not to mention several adventures and misadventures. The younger Colette revels in the freedoms of the Belle Epoque, reaching an insight early on that the script underscores perhaps a bit too frequently: Is pleasure the same as happiness?

During the First World War, Colette followed her second husband to the front and wrote stories for Le Matin; during the Second World War, the Nazis invaded France and arrested her third husband, a Jewish jeweler. One of the play’s most gripping moments has Holt as Colette in a tense meeting with Holt as the French wife of the German ambassador, asking for help in gaining his release. “No writer has ever gotten more for a few signed books,” she tells us in tearful relief. Perhaps most telling, though, is a comment she makes earlier, in a brief moment of, yes, happiness, when “For the first time, my reputation as a writer overtook my reputation as a scandalous woman.”

Indeed, there were enough scandals, and enough books, for a play at least three times as long as “Colette Uncensored.” That would have been hard on Holt but a breeze for the audience, some of whom, I’m betting, were left wanting more.

This may well be the first solo show, at the Marsh or anywhere else, at which one can purchase a novel (translated by Zack Rogow) and “previously untranslated gems” (translated by Rogow and Renee Morell), both, of course, by Colette. It’s a fine end to an engrossing evening with a literary star.