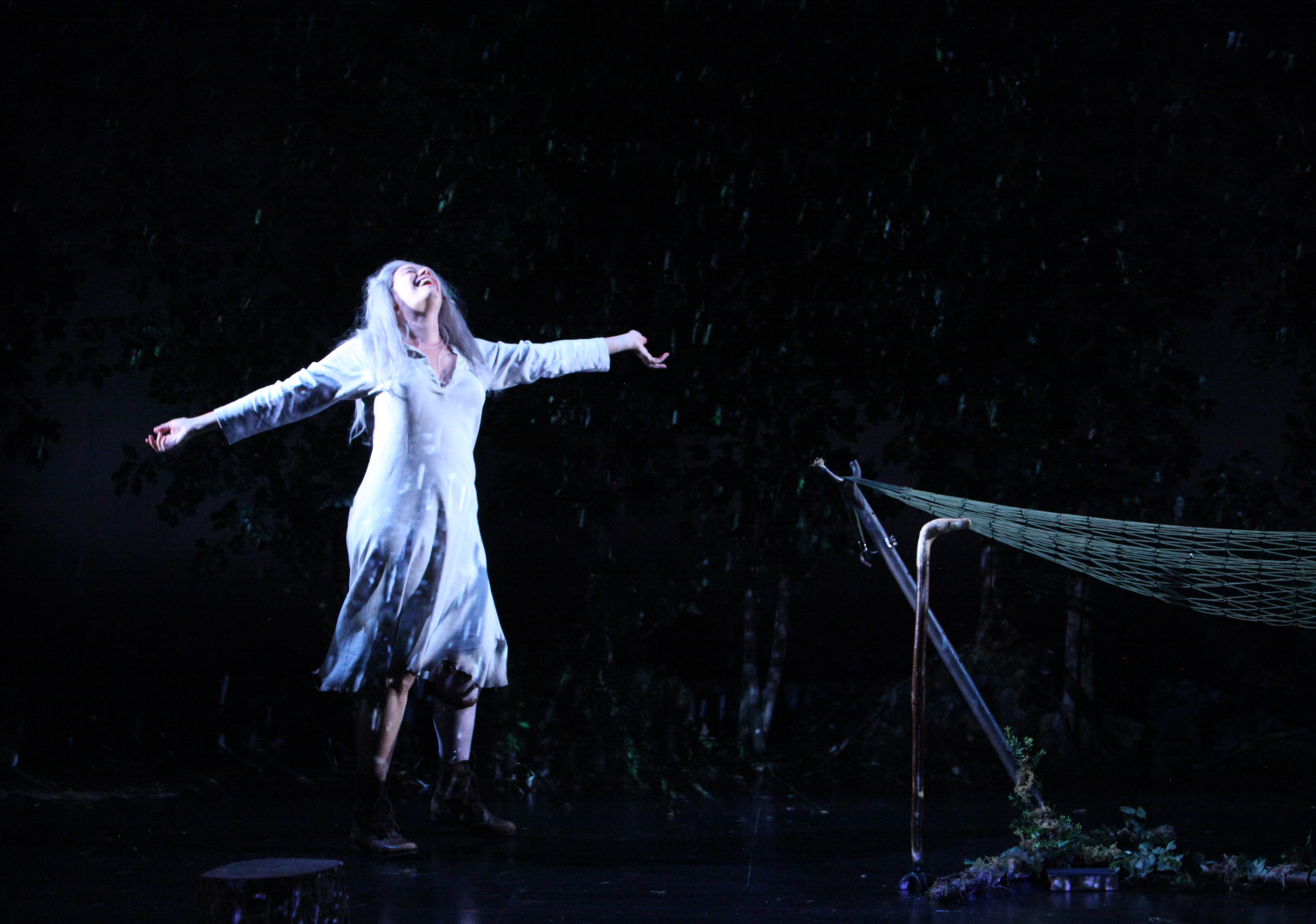 In “The Eva Trilogy” at Magic Theatre, bold writer Barbara Hammond and nurturing director Loretta Greco collaborate to open our hearts to an Irish woman’s soul, beginning with Part One, titled “Eden.” Despite the overbearing rules of the Catholic Church that shaped her childhood home, pagan sensibilities still thrive in Eva (sensual, self-possessed Julia McNeal).

Eva has inherited the Irish gift for gab; she revels for an hour in Joycean stream-of-consciousness, barefoot, in shorts and a sweatshirt, at an Irish village by the sea. The dense narration seems more poetic than dramatic, but we see that Eva is a free-spirited girl with a Mam who preaches duty.

In a familiar teen story, she finds her escape, through sex and drugs. Eva luxuriates in the images; but we know she’s fooling herself. At age 17, she leaves home for Paris. But back home, she’s up all night waiting for her mother’s nurse.

Now, her mother is a lump under the sheets, and Eva climbs in to warm her, to breathe with her as one, as in the beginning. When her mother cannot drink, Eva fills her own mouth, kisses her, and let the fluid flow.  And she slips Mam extra pills to take away her pain. The power struggle is past; only kindness remains.

There are consequences for free agency: the priest calls the police. In Part Two, “Enter The Roar,” we witness the sentencing, when her sister Theresa (nuanced Lisa Anne Porter) fiercely defends Eva’s actions. Theresa says, “Wouldn’t it be nice to find a country where it says somewhere in the bylaws that I own myself and my children and family. A place where you lot don’t have a thing to say about it.” Theresa speak for a woman’s agency.

Theresa’s husband, likeable Eamon (genuine Rod Gnapp), and the hospice nurse, Roisin (vulnerable, honest Amy Nowak), both have opinions on the deed. Roisin suggests to the court: “If men took care of the aged and the infants there’d be a different set of laws around the whole show.”

But Father O’Leary (humorous, earnest Justin Gillman) struggles between the family and his beliefs. Their warring points of view are reflected in the changing focus between characters, underscored by a dissonant soundtrack. The second act presents the internal reflections of a stirring set of Irish characters, played against their mental noise.

Part Three, “No Coast Road,” brings welcome relief from the dense verbiage of the preceding scenes. The set transforms into woods where trees breathe life. A delightful Nymph (Megan Trout) frolics in the trees, to Hana S. Kim’s brilliant projection.

After three years in prison, a broken Eva had seeks refuge in the woods. She is visited by a young America hiker, Tom (sexy Caleb Cabrera), who stumbles into her camp. Eva offers water and nourishment; Tom offers innocence and song; they share their stories.

Both their histories have been painfully written by distant mothers and ill-advised pharmaceuticals.  Swaying in the hammock, Eva tells Tom: “In dreams I can fly.” And the sacred space allows room for another truth that ends the play: “I did snuff her dreams. That I did.”  Hammond’s play asserts that Truth sets us free. Life, As It Is, offers a moral compass when we can listen deeply enough. By that point, we are ready to come home, and think about Eva’s Irish journey.