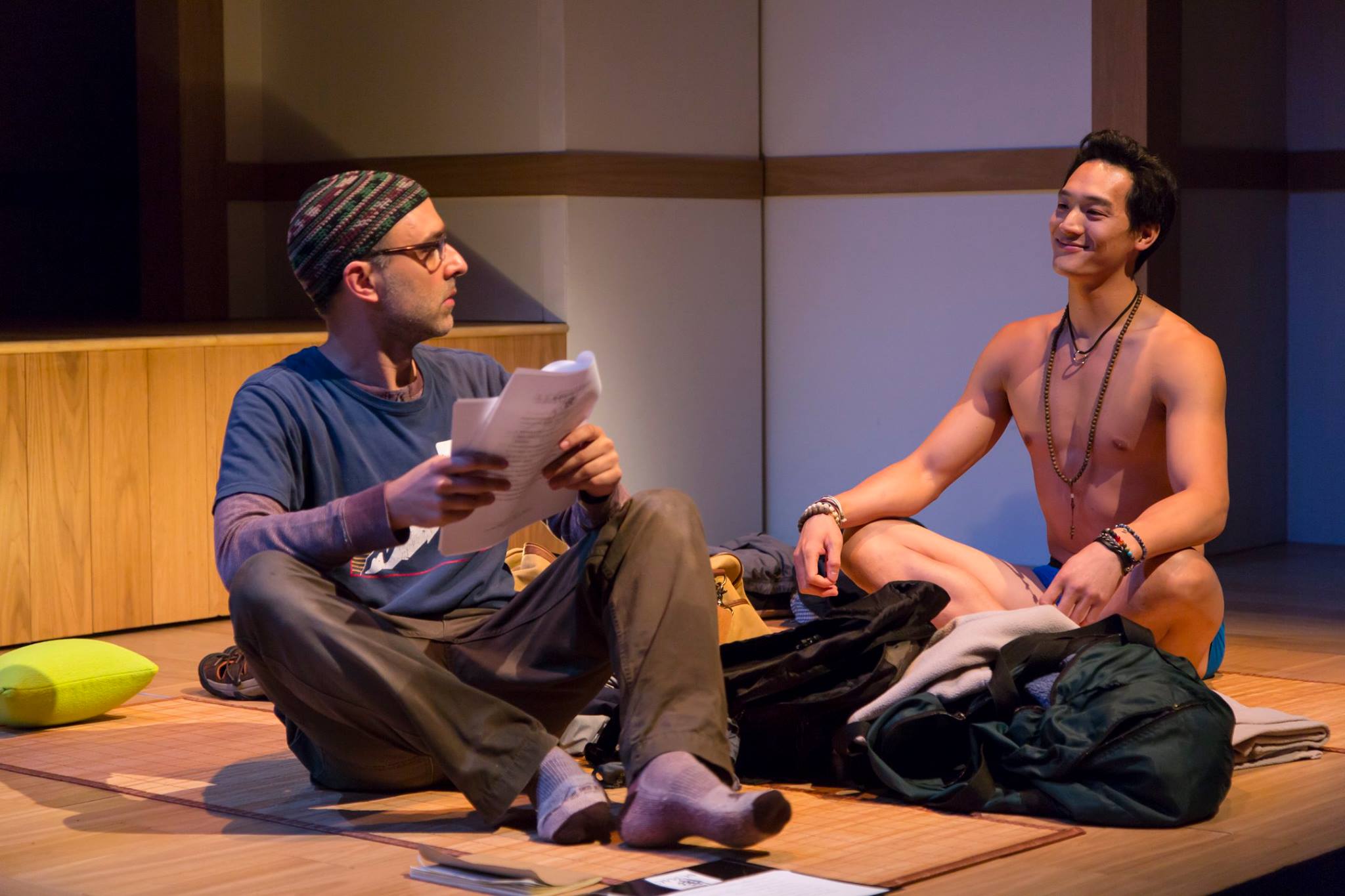 In “Small Mouth Sounds” by Bess Wohl, we feel the clash of East and West from the start. When six would-be meditators go for a five-day retreat in the woods under the direction of a mysterious, offstage Teacher, they are sworn to silence. Each of the six actors in “Small Mouth Sounds” at ACT’s Strand Theater deserves an award for creating a precise and fascinating character, with masterful body language, spot-on reactions, and great ensemble work. Wohl’s play contrasts our creature comforts with silent suffering in the world.

Wohl’s small masterpiece shows the clash of our daily noise with these six meditators’ self-imposed silence. They each try, fitfully, to escape the daily grind. Under the astute direction of Rachel Chavkin, each meditator experiences an unexpected revelation. Yes, they do talk (some), write notes, and display fluid facial expressions.

During a swift 100 minutes, we are entranced by their individual physicality, which speaks volumes even without speech. Since John Lennon, Alan Watts, and Richard Gere, many new devotees have made Eastern philosophy fashionable, again. Director Chavkin and playwright Wohl offer a hilarious critique of the Mindfulness Industry that has thrived in recent years. Their off-stage Teacher (god-like Orville Mendoza) invokes for them “the charnel house” on which monks meditate in the East.

Six intrepid mental explorers sit like repressed high school kids, fawning on their Teacher’s every word, delivered remotely. Teacher speaks with the voice of minor god to his little ducklings, as they sit in fidgety silence, facing us.  And we stare at back at them in their austere modern classroom. The high windows reflect woods and trees and sky via a clever, inviting video montage of Nature.

When it’s time for the six to go their separate cabins, the whole room slides back smoothly, and the three sets of “roommates” try to get along with strangers. Yoga instructor Rodney (stately Edward Chin-Lyn) is paired with a nervous Ned (energetic Ben Beckley), the perfect odd couple. Ned, a super sensitive guy in a strange woolen ca, is instantly offended by Rodney’s disobeying the meditation rule book. Ned is a compulsive rule-follower; Rodney, superior and exhibitionist, makes his own rules.

Rodney, a You Tube yoga celebrity, exhibits himself in graceful poses. He stretches and preens in front of the others, showing off his Greek God body. Later, handsome, statuesque Rodney shows off all his male parts, and goes skinny dipping in the ocean. His riskiness delights and alarms us all at once, as he plays a sex god guru. Rodney embodies the striking abuse of Eastern ideas in a Western setting, in another outstanding performance.

Ned is the only one who gets to tell his story to the group in words, and he becomes a centerpiece of Wohl’s meditative comedy. Ned’s run of hard luck tugs at our hearts, as he relives multiple horrors and heroic recovery. Beckley fully embodies a sharp and sensitive young man on a quest for enlightenment.

Alicia (anxious Brenna Palughi) arrives late to the meeting with a bag full of goodies, including candy, Goldfish crackers, potato chips, and her ever present cell phone—supposedly banned. She is the picture of total American anxiety—obsessed, distracted, and flailing, in an hilarious role.

Alicia’s “roommate” is tall, bearded, peaceful Jan (mysterious Connor Barrett) who is sweet as a teddy bear. Alicia and Jan are thrown together incongruously by the Meditation Center.

Finally, Joan and Judy, played by (Socorro Santiago) and (Cherene Snow), arrive together as a couple. We can tell from their expressions and movements that they are connected but also under pressure. Cherene Snow as Judy gives a sensitive bravura performance as an overburdened urban office worker . Snow’s Judy works hard at self-control, but her gamut of expressions are a wonder to behold: she is riveting. Socorro Santiago, her partner, reveals deep sadness in her flickering lips and body, full of concern and hurt. The Retreat sorely tests their fragile unity.

All six perfectly attuned actors and their frustrated off-stage Teacher change under the strain of the fragile silence. Wohl shows find that attempts at meditation can bring understanding, but those “changes” will shock us. Eastern ideas sprinkled among Western egos offer unexpected, funny results.

At the end, Alicia listens to a demanding male’s voice mail message over and over, absorbing her boyfriend’s hostility. Alicia makes a daring decision. Change is on the agenda.

Bravo to Wohl and Chavkin and ACT for bringing us a profound and moving comedy on the price we pay for the lives we lead. “Small Mouth Sounds” provides a magnificent mantra for us to contemplate. 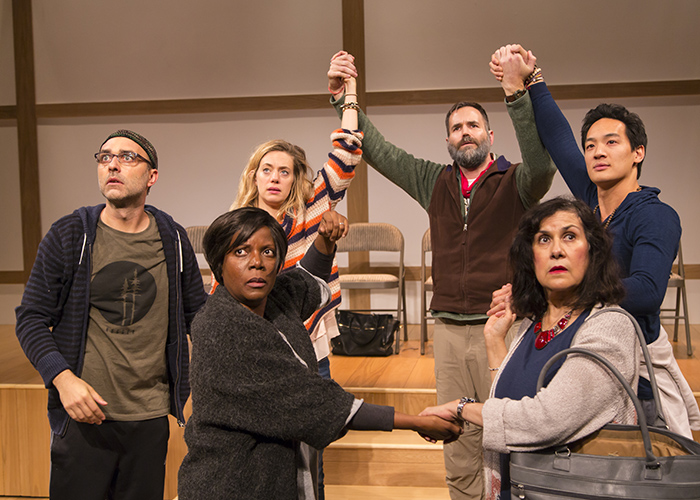