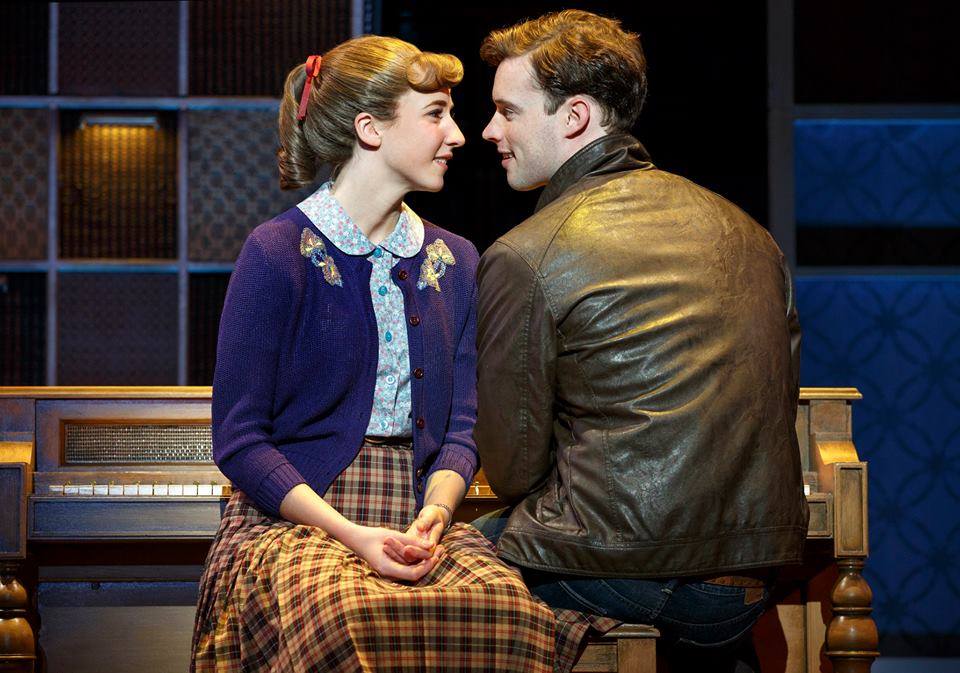 “Beautiful,” a must-see musical event, opened Tuesday at the San Jose Center for the Arts. Broadway San Jose brings this Grammy and Tony Award winning musical for a limited run, until Sunday, November 19.

The musical centers on the love affair and songwriting collaboration between Carole King and Gerald Goffin (the dynamic Matt Faucher) from their first hits up to their divorce. Incredibly, King writes her first big hit, “Will You Love Me, Tomorrow?” at the age of 16. In that song, she writes about the loss of innocence, displaying her talent for writing great poetry.

Carole and Gerry write some of the most memorable songs of their generation, and many generations to follow. Although Bockel portrays King as a hard-working wife and mother, she touches our souls with her lyrics about teenage angst. As the tensions grow between Carole and Gerry, they grow apart and break up. Director Marc Bruni artfully pairs the songs with these crucial moments in King’s life. The shy young woman finally breaks out of her shell; she puts out her first solo album in 1971, which she fittingly calls “Tapestry.”

In a second story, her co-writers and good friends,Barbara Weill (beautiful, talented Sarah Goeke) and Barry Fall (consummate Jacob Heimer), become famous for their hits, including “On Broadway” and “Walking in the Rain.”  Author Douglas McGrath gives the actors smart dialogue: Carole opines, “Love is the basis of so much hate.” While Impresario Don Kirschner (imposing James Clow) transforms the Brill Building into the new Tin Pan Alley, the song factory of its day.

With his ingenious use of moving walkways and turntables, Set Designer Derek McLane creates rapid, smooth scene changes. Special mention to Alejo Vietti for colorful costume design and to Charles D. LaPointe for meeting the challenge of wig and hair designs spanning the decades.

“Beautiful—The Carole King Musical” takes us on a nostalgic trip for music lovers of a certain age. At the curtain call, the audience is invited to sing along with the cast to “I Feel the Earth Move,” a great ending to a wonderful night of song and dance.