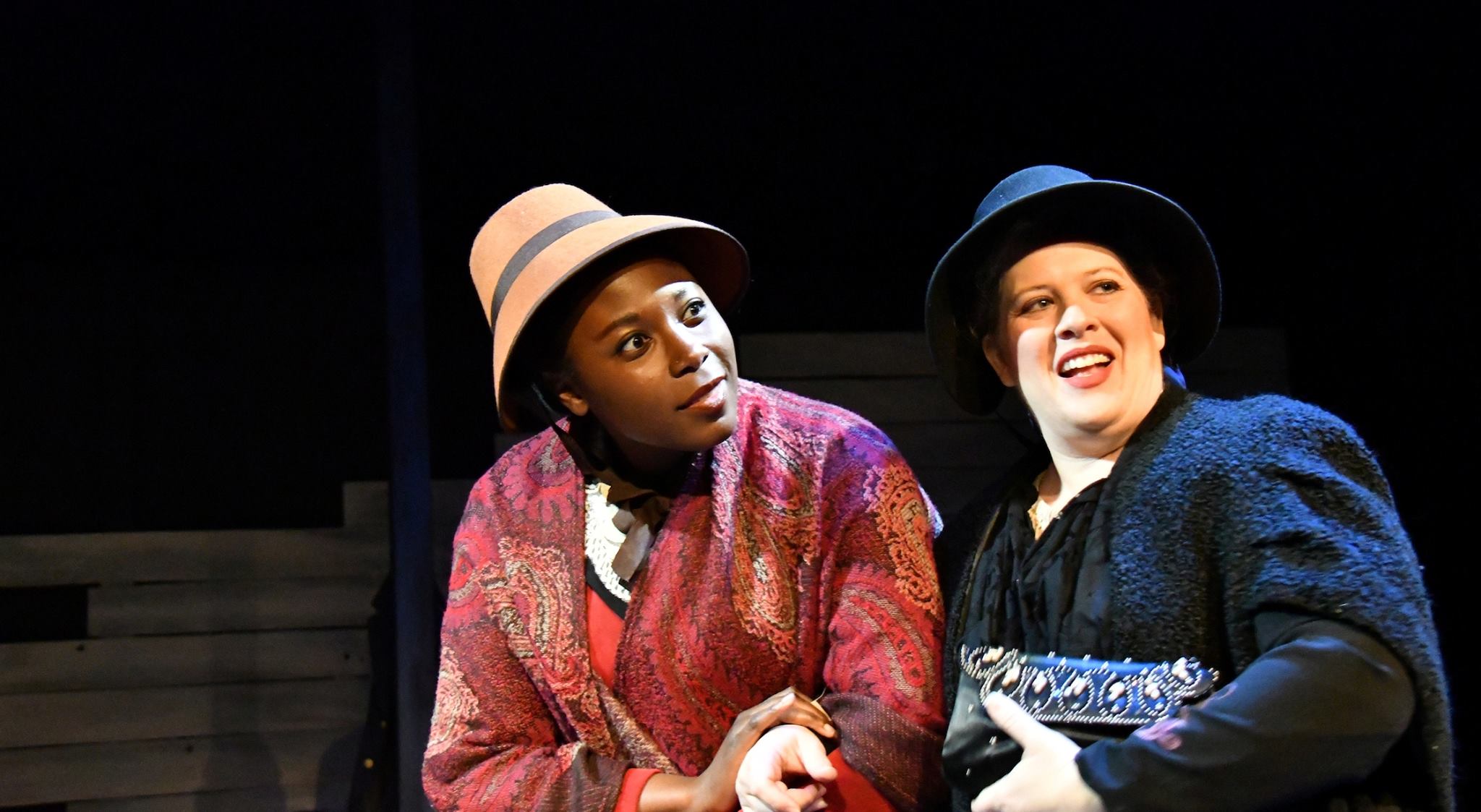 “A Civil War Christmas: An American Musical Celebration” embodies the ultimate Advent calendar. Every moment, a new and emotional scene on Christmas Eve, 1864, in Washington, D.C. appears before us. We are confronted with reminders of the Civil War. We visit with Elizabeth Keckley, Abraham Lincoln, and Mary Todd Lincoln. We meet a Black smithy at his forge, mourning his abducted wife. We follow a charming, tiny little girl trudging through snow, as she seeks refuge in the war-time capital.

Punctuated by beautiful Christmas songs and Gospel singing—“Silent Night,” “Follow the Drinking Gourd,” “What Child Is This?” and many more, the virtual Advent celebration warms our hearts. We move toward Christmas with the wandering child and the beleaguered Lincolns, as they suffer all in the battles which mark the true climax of the U.S. Revolution.

Playwright Paula Vogel has written these scenes for the ages, and backed them with a cast blended in racial harmony, making for a special message of unity and progress, in 1864 and now.

So many wonderful characters and vignettes pop out at us, with multi-talented actors slipping into multiple roles. The unforgettable Jeunée Simon brilliantly recreates Elizabeth Keckley, the famous seamstress and designer, who made clothes for Mrs. Lincoln, herself. As a Black woman, she stands out as a brilliant talent, offering beauty and support to the anxious Mary Todd Lincoln, who is in mourning for her son. Jeunée Simon totally inhabits her role, bringing a softness and power to her depiction of a famously wise and revered friend.

Her friend and client Mrs. Lincoln is played by Alicia von Kugelgen who astounds, as well, with her lovely singing voice. Von Kugelgen brings music to the role of the nervous Mrs. Lincoln, who is good-hearted but easily distracted. But she knows how to value her friend, Elizabeth Keckley, and is not bedeviled by the racism of the time, as her beautiful voice soars above the War between the States.

Elizabeth Keckley manages to save the tiny little girl Jessa (the charming Ellie Harris) who has wandered off from her mom in the cold Christmas Eve night in D.C. Her mother (sympathetic Shannon Mauldin) has to sneak her into town in a cart, but loses track of her child, scouring the streets of the war-time capital to find her.

In another evocative role, we find Abraham Lincoln, himself, the imposing Tom Reilly, pondering the Cause, or riding his horse through the snow—taking a moment alone to ponder the possibilities of the terrible War.

Another window takes us to John Wilkes Booth (Dan Wilson), as he plots the murder of Lincoln with his co-conspirators.

Another window takes us to Bronson (focused, intense Reginald Clay), as he works at his forge and tries to forget the Confederate abduction of his beloved wife.

There’s even a comic scene with Wormley (Reginald Clay, again) and his two sons—played by Khary L. Moye and Terrance Smith, with humor and passion.

So many Advent windows, so little time. Keep your eyes open for Reilly’s white bearded poet, Walt Whitman, who steals scenes with his warmth and his humanity. He cares for the soldiers, no matter their race, walking the battlefield and the hospitals.

Elizabeth Curtis makes a grand and funny Ulysses S. Grant, as well as evil Slave Catcher, and the affectionate Widow Saunders, among others, powerfully enacted.

“A Civil War Christmas” has talent and songs to spare—too many windows to count down here—Christmas approacheth. Enjoy the Holiday cheer and the genius of Nick Mandracchia as Robert E. Lee; and Lindsey Schmeltzer as Moses Levy; and Morgan Pavey as Mary Suratt; and many more …

Open the another Advent window for young, sprightly Jason Gray as a soldier at Edward’s Ferry and as Slave Catcher 2. And another warm hug for little Ellie Harris, who embodies all that is loving and sweet as we approach the Christmas climax.

Enjoy the stories, the songs, the swift staging by Director Dawn Monique Williams, and bask in the music as it fills the Town Hall Theatre.