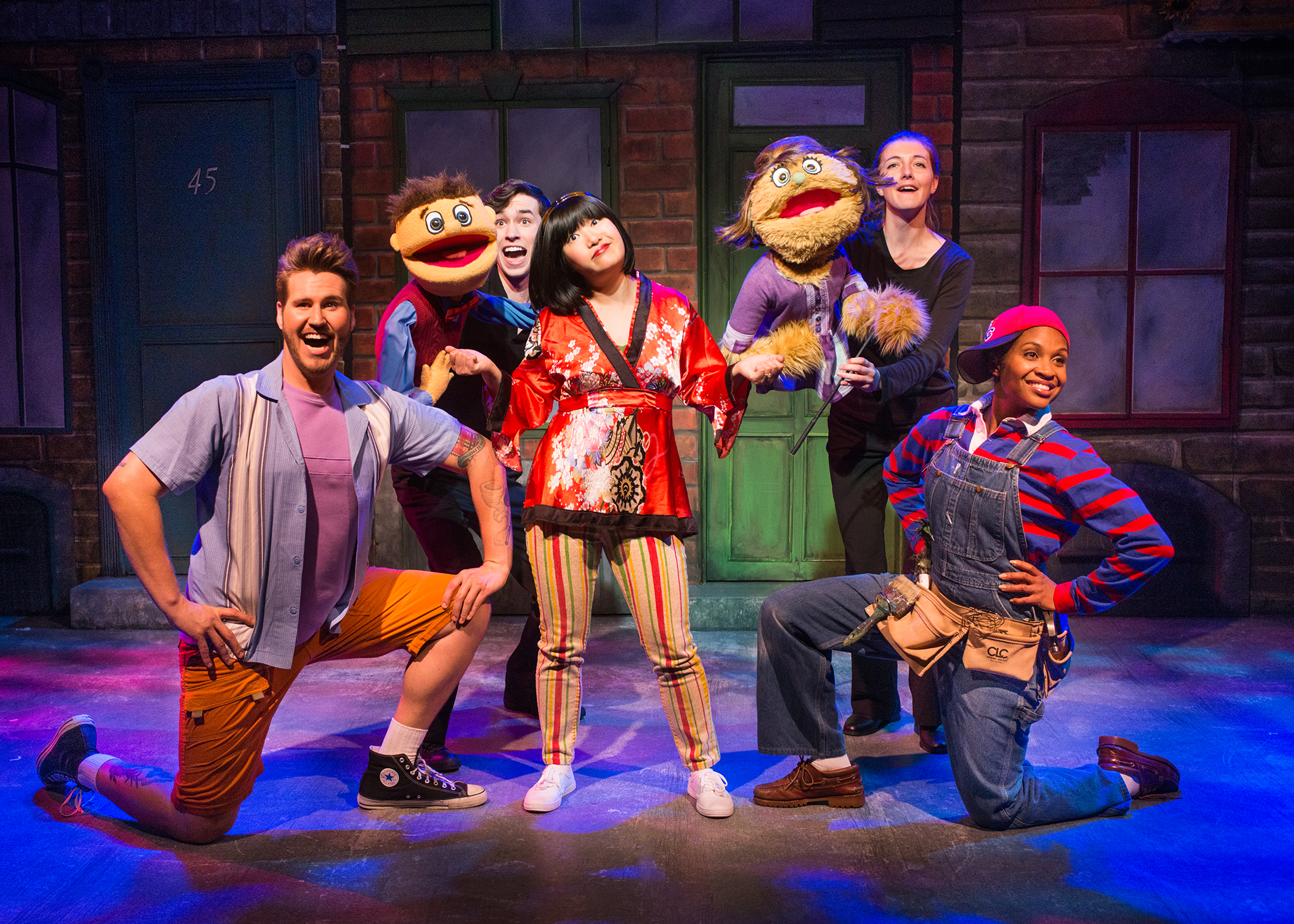 Songs ranging from “You Can Be as Loud as the Hell You Want (When You’re Makin’ Love)”  to “Schadenfreude” to “It Sucks to Be Me”  guarantee laughter and a light heart in the now-classic “Avenue Q,” a racy version of Sesame Street. “Avenue Q” has grown into a bona fide holiday tradition— extended two weeks even before it opened.

“Avenue Q” has what every tradition needs: energy and joy, plus the bonus of clever writing. What better family outing than a musical that offends almost everyone and brings up subjects you normally avoid at the dinner table—unemployment, closeted gays, racism, and sometimes wanting to kill your lover?

Satire requires stereotypes and they abound in “Avenue Q”: a closeted Republican, an ambitious immigrant, Kate the good-girl-next-door, and Lucy the Slut.  There are exceptions, like the building super who turns out to be an adult and very broke Gary Coleman, the one-time TV child star.  And a couple of adorable, very profane teddy bears.

Four puppeteers, playing multiple roles, combine with three puppetless actors to tell the story of a young man who gets his first apartment in that ramshackle building on “Avenue Q” and so begins adult life.  His adventures in love and life, as he searches for meaning, teach lessons in compassion and equality.  I learned a thing or two about puppet sex, too.

I’m not sure if it is context or age that is becoming a bit of a problem for “Avenue Q.”  For example, the song “Everyone’s a Little Bit Racist” has an admirable purpose: If we all admit we have prejudices, we can talk more easily about bias, which certainly needs talking about. The song, controversial in the past, now seems a bit behind the times. The song was written in 1999, before we had Nazis marching openly, or a President catering to bigotry. We need to do more than talk, we need to stand up and fight back.

Seeing “Avenue Q” still leads to laughter and joy.  It made my heart lighter, but also more determined to fight all those old enemies of racism, antisemitism, sexism, immigrant-bashing, and homophobia.