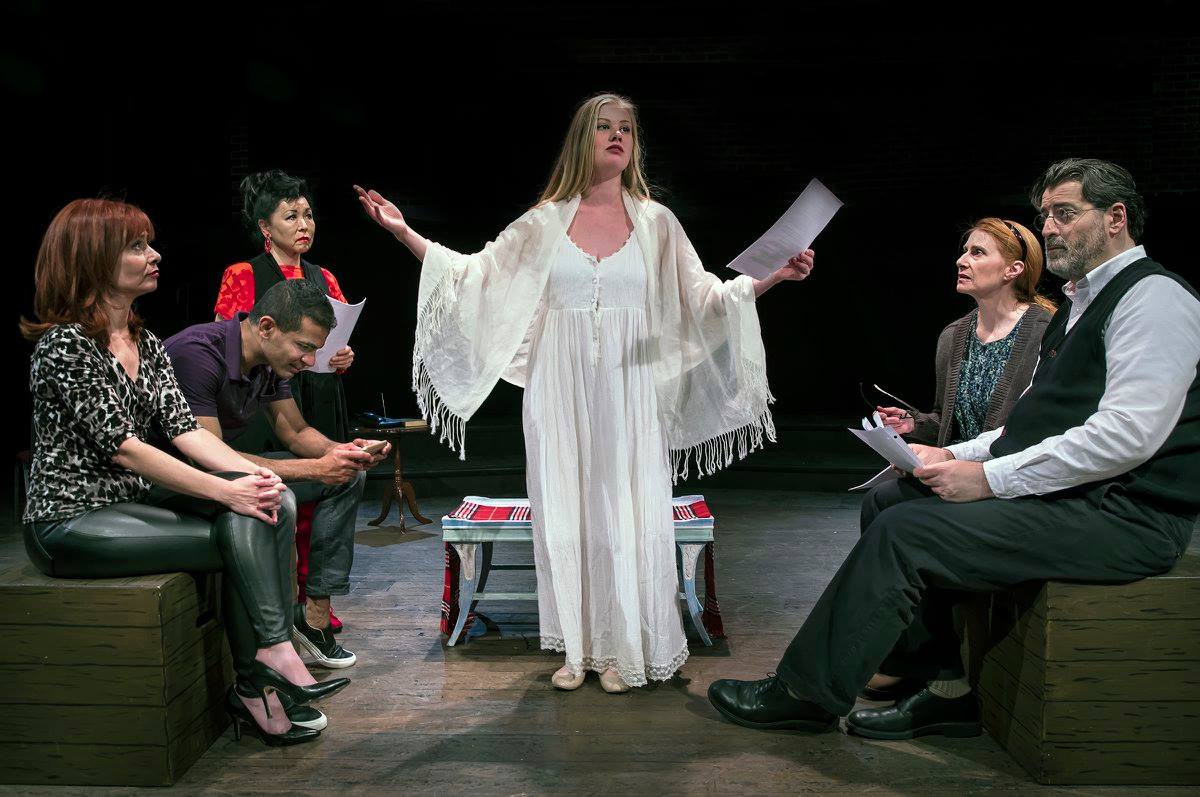 “Vanya and Sonia and Masha and Spike” gives an extreme and hilarious twist to  family drama. The play, which won the Tony Award for Best Play in 2013, comes from the fertile brain of  Christopher Durang, a comedy genius. At Altarena Playhouse, set in the round, “Vanya” takes place in one room, and the action is non-stop.

Sharon Huff directs a multi-talented cast in mesmerizing performances. Each of three siblings (Vanya, Sonia, and Masha) get a chance to shine. Sonia, played wittily by Shay Oglesby-Smith, does a particularly captivating job. Matching wits with her brother and sister, Sonia comes into her own in the second act, when she steals the spotlight at a costume party, playing the Evil Queen from Snow White. She’s hilarious.

The six-person cast of amazing actors enthralls and grips us, more than a blockbuster spectacle. Brian Levi plays Vanya as a low-key straight man, who encourages his siblings’ antics. But he builds to an epic rant condemning Millennials, culminating with: “In my day, We Licked Postage Stamps!”

Masha (Sarah Sloan), their sister, now a rich and famous movie star, visits the family from Hollywood. Masha acts rude and needy. But Masha is fighting a losing battle with age, a comic theme.  Masha desperately clings to her young surfer boyfriend, Spike (hunky Lijesh Krishnan).  The three siblings constantly bicker, alternating sarcasm and caring—familiar to anyone with brothers and sisters.

“Vanya and Sonia and Masha and Spike” works as a side-splitting comedy, but also tells a touching story of aging, change, and family. Each character faces the effects of time and questions where she/he has ended up. While the siblings aim pointed barbs at each other, they cannot hide their deep love and family connections.

“Vanya” has its absurd moments: from arguments about coffee, to a stripped-down underwear model running around, to Snow White and the Two Dwarfs, plus voodoo and witty wordplay.  By the end I wanted keep on watching their antics. I nearly choked on my laughter, but a I was also touched by this theatrical family treasure.