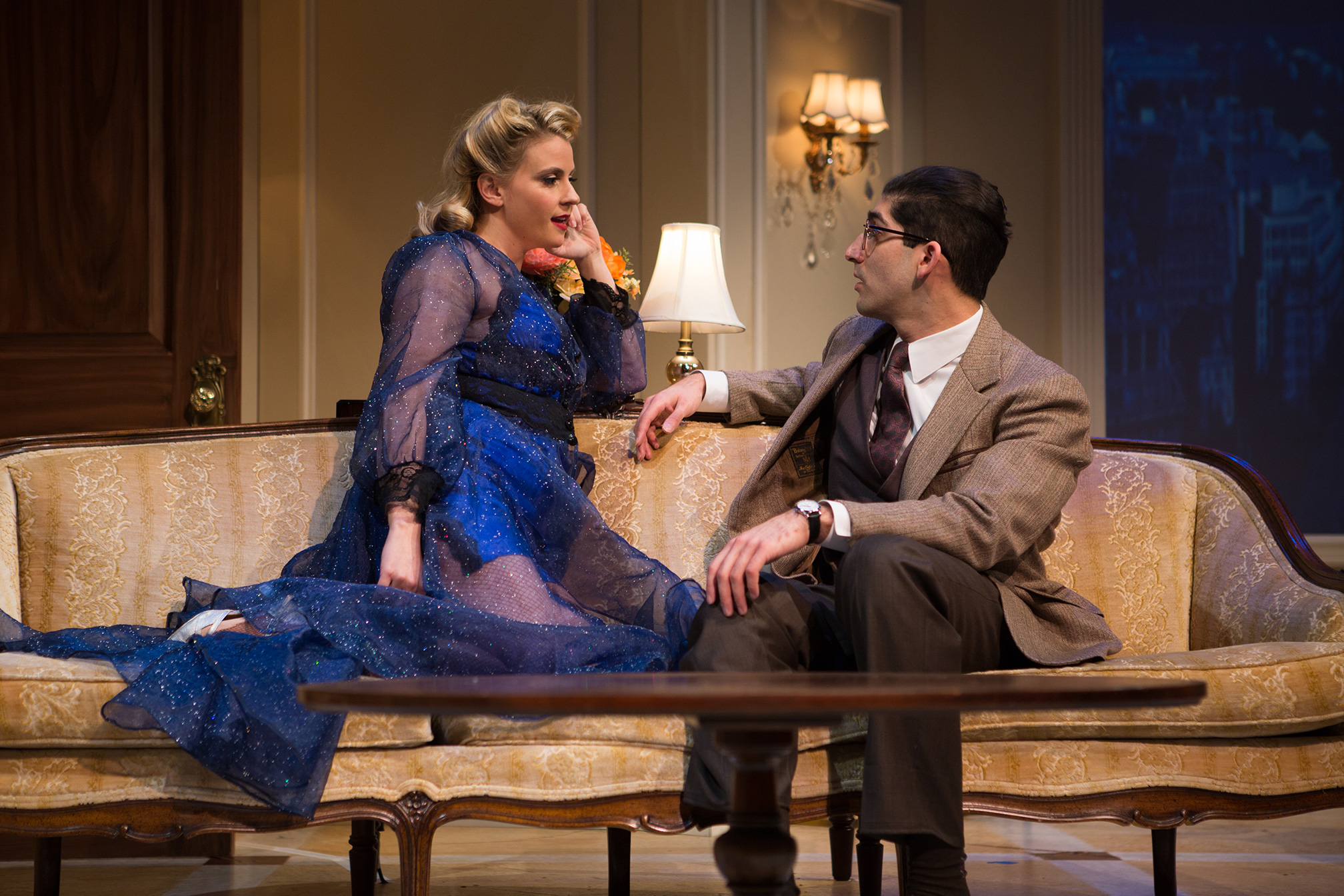 Brock, a braggart, brings along his ditzy, showgirl girlfriend Billie Dawn (bombshell Millie Brooks), despite the protests of his advisors. Their conversation is laced with sexual innuendo.  There are many hilarious moments, but when misogynistic Brock belittles long-suffering Billie for her ignorance, we squirm in our seats.

“Born Yesterday” reminds us of Shaw’s Eliza Doolittle, when Billie learns quickly under Verrall’s tutelage. Informed by the civic-minded Verrall about the foundations of democracy in Thomas Paine. Billie challenges Brock’s Mitch McConnell like Senator Hedges, his alcoholic lawyer Devery and his footstool nephew Eddie Brock (obsequious Gabriel Montoya). They have all sold their souls to the overbearing Harry.

As Billie discovers her identity, tension grows between Harry and Billie. Brooks does a masterful job of transforming from the ditsy blonde to an assertive, centered woman. Billie’s evolution offers us insights into women’s liberation in post WWII, with Garson Kanin’s in your face, clever dialogue.

Billie Dawn leaves no doubt who is taking over, while Verrall’s idealism asserts a new morality. Paul Verrall exclaims to Billie: “I want everyone to be smart. As smart as they can be. A world of ignorant people is too dangerous to live in.”

We take great pleasure in Susi Damilano’s spirited direction and Costume Designer Abra Berman’s period look. We revel in the nostalgia of the bellhop in a pill box hat and the maid in a 40s black and white uniform. The gentlemen wear classy suits with broad lapels, the women sparkle in elegant and ostentatious gowns—a world of wealth and corruption!

“Born Yesterday” reaffirms our hopes that intelligent citizens, like Billie and Paul, will rise up to challenge the bullies.