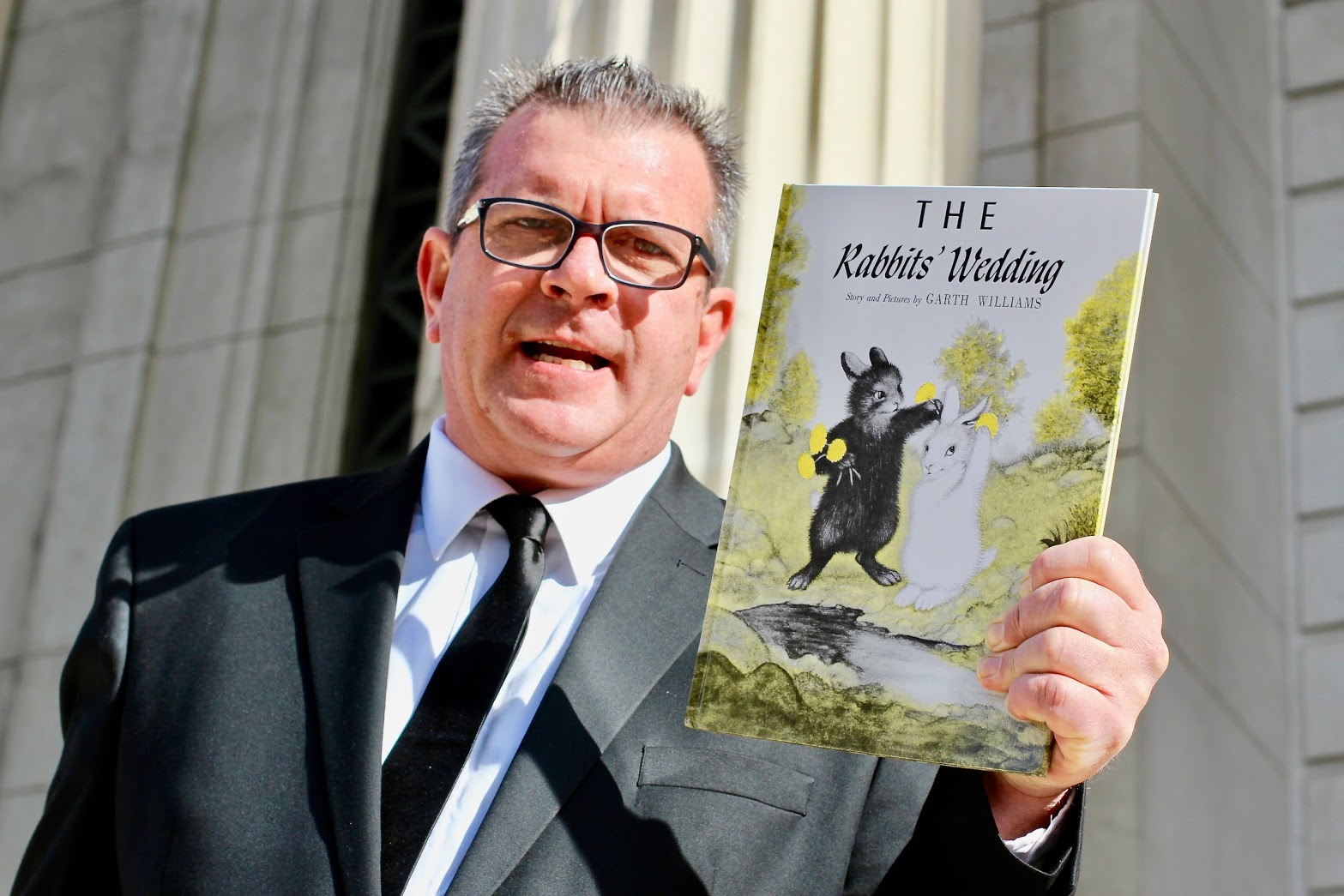 In Kenneth Jones’ play “Alabama Story,” a true life controversy over a children’s book springs to life, again, at City Lights Theater Company. In his book The Rabbits’ Wedding, Garth Williams tells the story of a black rabbit and a white rabbit who get married, while the forest critters cheer. A true life controversy flared up in 1959, in Montgomery, Alabama, where a brave librarian fights against racist attempts to ban the book. This is a true story.

Controversy over The Rabbits’ Wedding bubbles up, because integration and segregation are hot topics in the 50s Deep South. Playwright Jones merges two tales: a fictional love story between old friends and the real life fight for equality against Alabama officials.

Emily Reed takes her job seriously, as she and her eager assistant Thomas Franklin (sincere Jeremy Ryan) reluctantly join the fight against segregation. When there is talk of banning the kids’ book from the Montgomery Library, Reed appeals to the American Library Association to battle Senator Higgins.

Hunger for power oozes from Gandolfi’s Higgins as he berates DeHart’s Reed during their quarrels. We recognize that Higgins’ political power depends on preserving segregation, when the Senator calls integration “Negro supremacy”! DeHart and Gandolfi simmer and sizzle, looking each other in the eye, squaring up for the imminent Civil Rights battle.

Meanwhile, a fictional story about black and white friends adorably reflect the two rabbits in Garth’s book. Joshua (hopeful Bezachin Jifar) and Lily (vivacious Maria Giere Marquis) play out their connection on a park bench, in a quaint corner.  They embody the play’s personal and political climax.

When Joshua, Lily’s childhood best friend, visits Montgomery from Detroit, she struggles to forget the violence that separated them at 12 years old. But the frustrated Joshua educates the disbelieving Lily about the hardships he endured in the Deep South. Jifar, with an Ethiopian accent, plays Joshua, an American of slave heritage. While blind casting welcomes diversity, Joshua could be more believable with an American accent.

Costume designer Anna Chase gives Lily four beautiful sundresses, one for each scene. My favorite is beige with blue, red, and pink roses. Because Lily cherishes luxuries above all things, she becomes an ignorant bystander in the Montgomery struggle.

Although Jones’ hero, writer Garth Williams, claims that he chose black and white rabbits merely for the contrast of color in The Rabbits’ Wedding, he ends by overturning laws in Alabama and lives all around the world.  Did he mean to do it? Did he know?

It’s a light-hearted feel-good play about a painful time in U.S. history. “Alabama Story” charmingly reminds us how books allow us to see the world with an open mind. Even children’s books can raise crucial issues about change that politicians try to avoid. Fortunately, the Bay Area is currently showing several plays like “Alabama Story” that celebrate the fight for equality of opportunity in America.