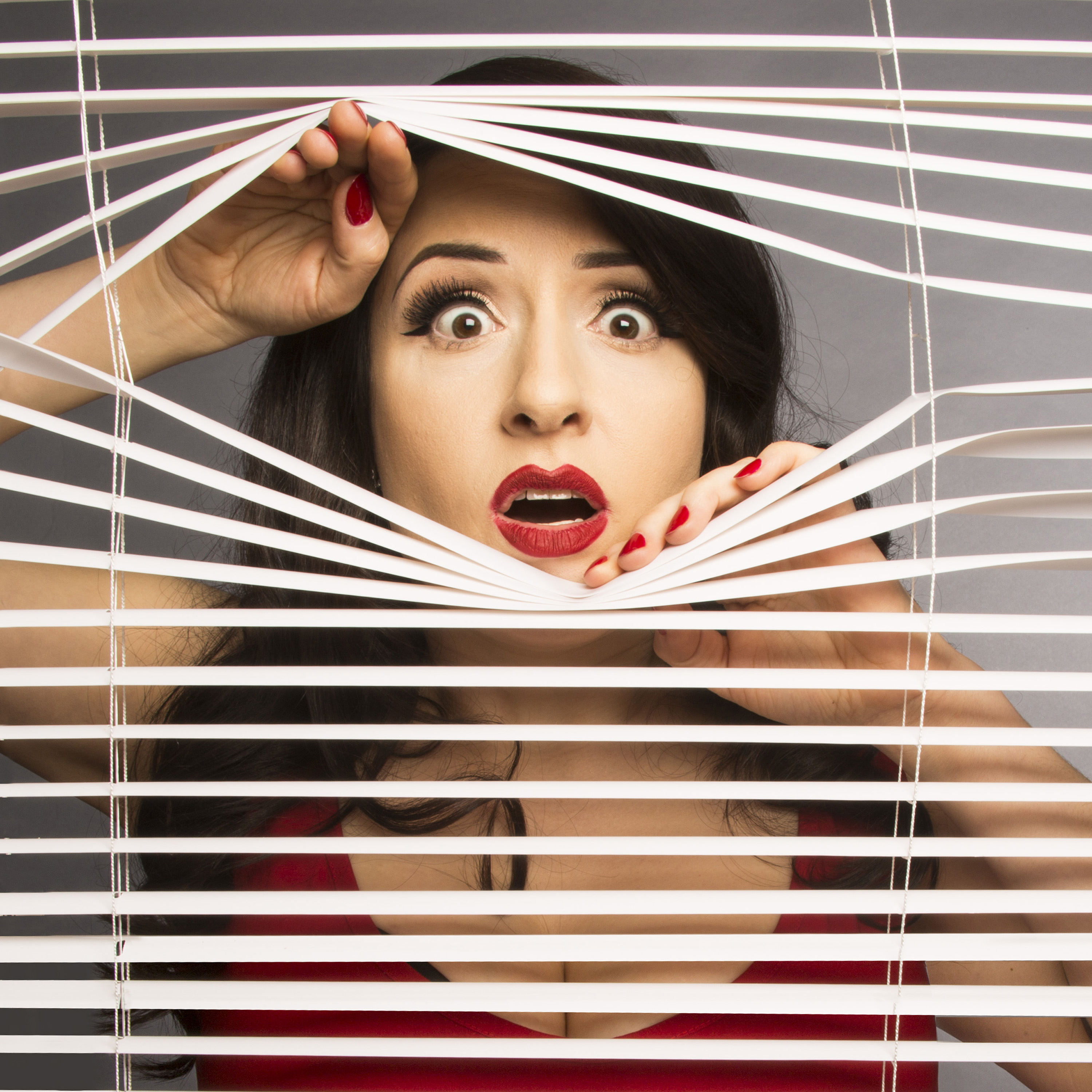 Jill Vice’s solo performance piece is a tongue-in-cheek riff on the film noir crime drama told from the perspective of her femme fatale persona, Sarah. Vice sets the scene by precisely arranging her body into a classic ‘damsel in distress’ pose, flaunting her curves in a tight red dress.

Vice plays each character in her story with well-defined physicality and voice. Her superb physical comedy enables her to switch back and forth between characters at lightning speed. As the melodrama spins out of control, the audience reels with laughter.

Sarah begins her story with heaving bust and breathiness. She confides her secret despair to us. Despite her dangerously hot feminine allure, she fears that her podiatrist boyfriend, Frank, hardboiled and no nonsense, is losing sexual interest in her, and she is desperate to get a ring on her finger. But how could anyone lose interest in what she has to offer? It must be the dullness of his job that is wearing him thin. She schemes to raise Frank’s waning libido by boosting his career. She solicits the help of a mousey do-gooder, Hope, a sickeningly sweet but saintly type who aspires to partner with a podiatrist to help the homeless with their foot hygiene.

Sarah demonstrates her expertise in manipulating her boyfriend. The reluctant Frank says no to her plan until she gets down on her knees loosening his belt and zipper. She proceeds with her task until we see him say,“Yes!” We cheer for Sarah’s prowess, and marvel at Vice’s boldness in creating the picture. Sarah gives the audience a knowing wink.

There’s nothing PC about what goes down. Sarah knows she is flawed. She laments that if only she were a better person and thinner, she wouldn’t have to try so hard. But she pulls out all the stops, even forcing herself to care for Frank’s ailing mother, Mona, leaving Frank free to share rising success with Hope. The new business partners make the newspapers, leaving Sarah out of the picture. She spirals into existential crisis.

Dare Sarah embrace her “true” nature as a villain to get what she wants?

When things boil down to fisticuffs, Vice’s deft, precise movements create a visual image of the three love triangle characters, all fighting before our eyes—a truly magical moment in the theater.