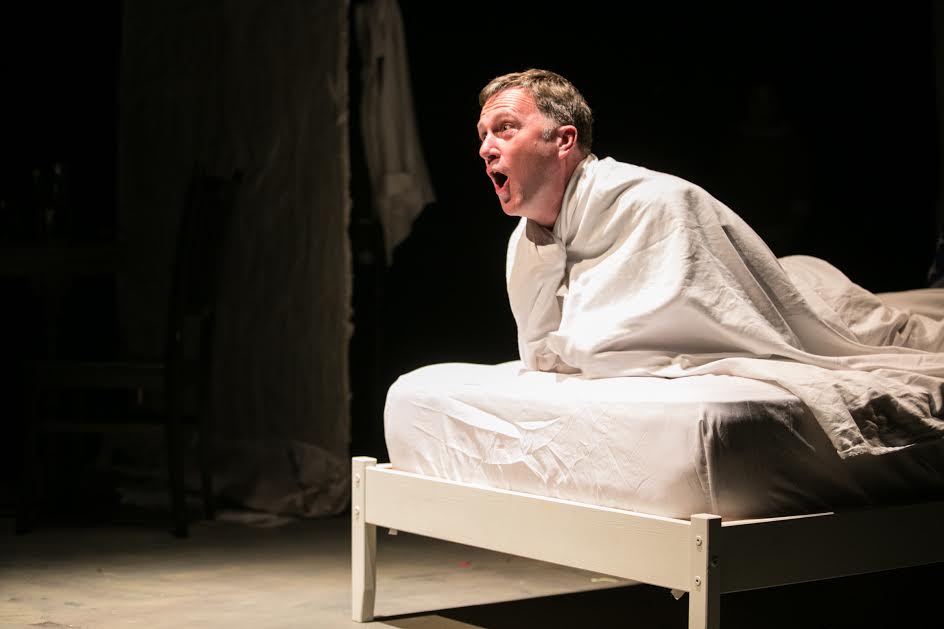 In “La Profesora: The Story of Nibia Sabalsagaray,” written and directed by Noelle Viñas, we learn about the United States’ covert CIA Project Condor in Uruguay. Virginia Blanco portrays Nibia, the revolutionary, and her sister La Profesora Tachi, bringing both to life, emphatically.

Tachi delivers the lecture that gets her fired, one last time. We learn the lurid details of the torture and murder of rebels, tearing the mask off Uruguay under thumb of the CIA.

Focusing poignantly on the tragic case of Nibia, Viñas leaves us wondering how many Nibias have been lost in the depths of time–and under U.S. covert interference.

In “Turning the Page: The Story of Aiko Herzig-Yoshinaga,” Jeanne Sakata recounts the despicable forced removal of Japanese-Americans to so-called “relocation camps” in the 40s. Under the direction of Jeffrey Lo, Aiko Herzig-Yoshinga (emotional Heidi Kobara) rends our hearts with her vivid memories of being transported to the desert. The Japanese-Americans were actually deprived of their rights and property simply because of their heritage.

Amid horrible conditions in the camps, Aiko’s family suffers from the dust that permeates their shabby shelters. Playwright Sakata highlights the links between the 1940s Japanese internment and current American xenophobia.

In “The Racket: The Story of Smedley Butler,” by James and Jon Tracy, directed by Robert Parsons, we see historic photos illustrating the U.S. invasion of Nicaragua in the 1920s—on behalf of the United Fruit Company. Powerful U.S. Army Major Smedley Butler (dynamic Aaron Murphy), reveals the chilling facts of his career. Butler, an acknowledged war hero, in fact, became an outspoken critic of America’s overseas wars on behalf of U.S. corporations!

In his book War Is a Racket, Butler reveals: “I served in all commissioned ranks from second lieutenant to Major General. During that period, I spent most of  my time being a high-class muscle man for Big Business, for Wall Street and for the bankers.” Butler exposes the U.S. military’s unholy alliance with Big Money. “In war,” he explains, “the profits are reckoned in dollars, the losses in lives.”

Major General Smedley Butler served in in China, Latin America, the Philippines, and WWI–he knows what he’s talking about. Like all the “Between Us” plays, “The Racket” offers us a unique awakening to U.S. racism and corporate greed. These plays tell us what we need to know.

Banner Photo: Aaron Murphy as Smedley Butler in “The Racket.”