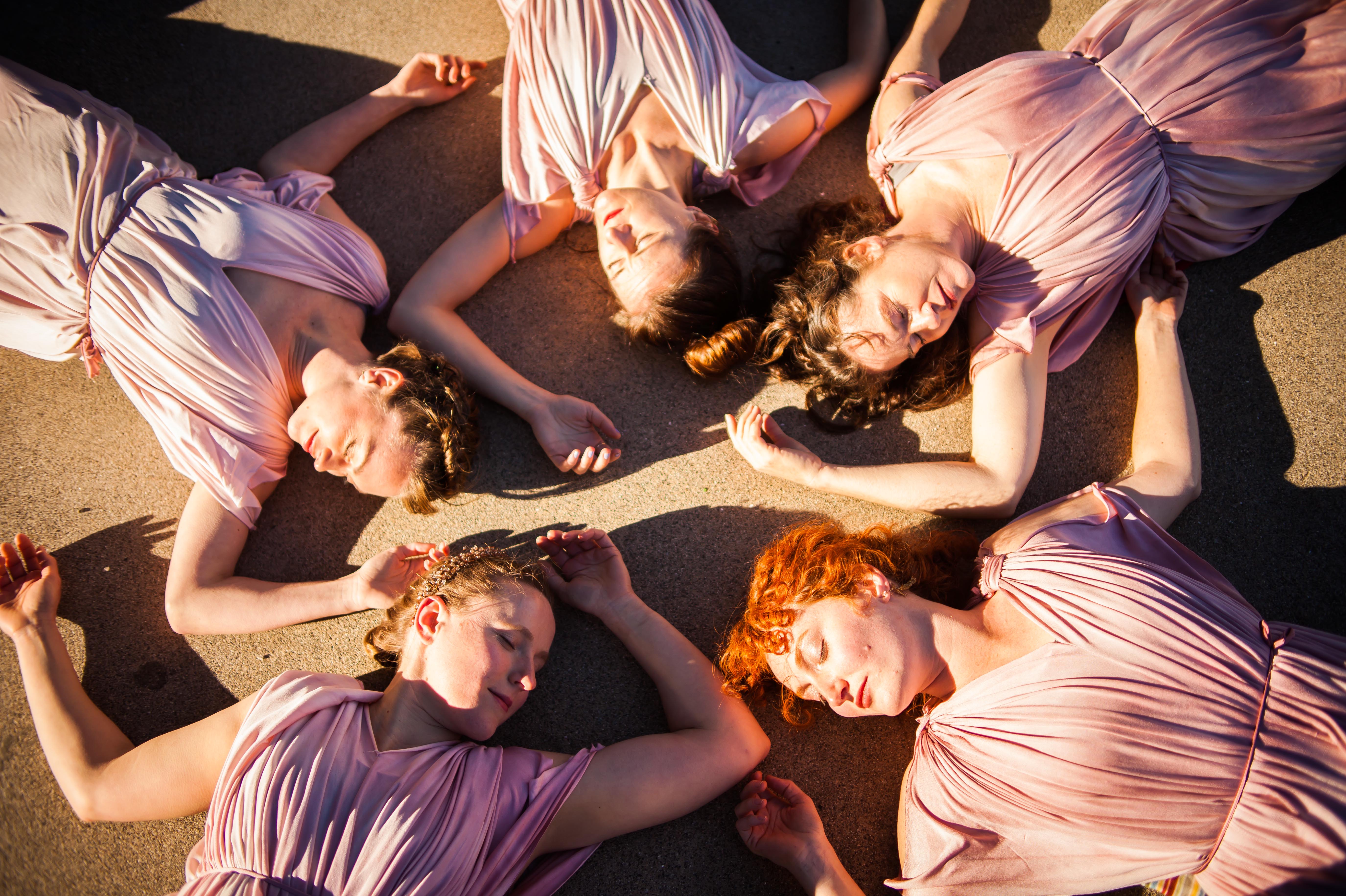 We Players all women production, directed by Ava Roy and Britt Lauer, brings us a new view  of Shakespeare’s Julius Caesar. At San Francisco’s Palace of Fine Arts, all the action happens outside, under the Palace’s beautiful outside rotunda with live music accompaniment. Ushers guide us through interactive theater.

We find ourselves turning to Julius Caesar’s legacy at a time of political turbulence. But this story breathes fresh air into the age-old epic of Julius Caesar…because it isn’t actually about Caesar. It’s about the women who surround him. Director Ava Roy shows us what the women are thinking, doing, planning while Roman political life rolls on. Audience members are given folding stools get from one scene to the next. Walking to a new scene location, in chilly S.F. weather pulls us back from ancient Rome to the here and now. The forces of nature, the beautiful rotunda, and the audience, all play roles in “Roman Women.”

The Roman Goddess of Wisdom, Minerva (Britt Lauer) presides over a modern rendition of “Julius Caesar,” from the women’s point of view, this time. In a collection of snapshots, actors slip easily from one role to another. The actor playing Calpurnia, Caesar’s wife becomes a citizen, later. in the next. The story line remains loose, but the arc of emotional intensity get steep. At a peak, we witness a reenactment of Calpurnia’s ominous dream, warning of Caesar’s downfall. I do not wish to give too much away, but there’s plenty of stage blood.

We Players shows us how women’s opinions and reasons fall on the deaf ears of tragic heroes.

When Calpurnia begs Caesar to avoid the Senate that day. But he refuses to listen. In the audience, I was itching to call out, “Don’t do it, Caesar!” And with that I was hit with the powerful idea that perhaps, in this production, Calpurnia is calling out to us, in the present!

In our tumultuous and ominous time, Calpurnia warns us of the Ides of March, the coming Millennium. Will we listen to her tugging uncertainties? Or, can civilization continue—despite human hubris?