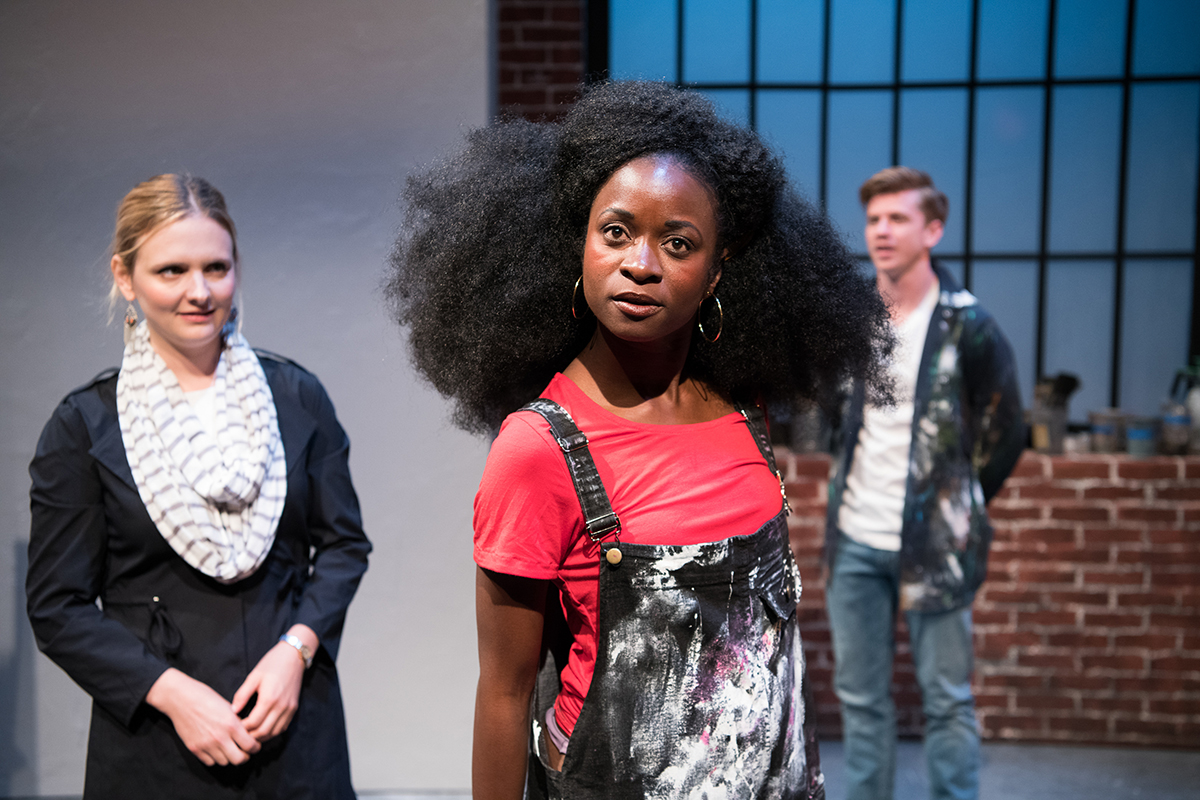 In James Ijames “White,” Black girl magic steals the show. Diana Ross. Gay White Man Gus’s imaginary friend Diana Ross tells him that his art needs to come from inside. Standing behind her microphone and swaying her hips, Diana advises Gus to let out his inner Black Girl!

Gus (colorful Adam Donovan), a successful painter, cringes when his best friend and museum curator, Jane (spot on Luisa Frasconi), rejects his painting for her New America Exhibit. Jane tells him that White men are played out, even the gay ones. She wants an artist with more oppression issues.

Gus claims he is sick of being discriminated against because of his White maleness. Gus tries to explore “what’s inside of him” with his Asian American boyfriend, Tanner (sensitive Jed Parasario). But Tanner stares in disgust—speechless. We gasp.

It’s no secret that Black women often strategize for survival in the whole White world. When Gus asks Vanessa to pretend she is talking to Jane, her voice rises as she clasps her hands together, submissively. Gus responds, “No no no, you need to be more grounded.”

So, Vanessa shifts into a Balkonaè who is comfortable in her dark skin and rich voice. Instead of smiling with her chin forward, saying, “So happy to meet you,” Vanessa shifts her weight to one foot, pokes her hip out. So, when Balkonaè actually meets Jane, she greets her with a single word.

And that shit works! It’s funny when White people get giddy about that Black attitude on display, huh?

Vanessa begins to shed the controlling censorship white America places on her and embraces her inner “Blafrican” queen. This is my story, my sisters’ stories, it’s been told before. What about the White guy? What did he learn? Gus’s transformation misses the mark, where is it? I would like to see James Ijames and Adam Donovan explore Gus’s demons further.

I loved belonging to a diverse crowd laughing at Black comedy, granted some references flew over finer hair. If the tragedy of Black women feeling unseen and uncomfortable has ever eluded you, then you should certainly see “White.”