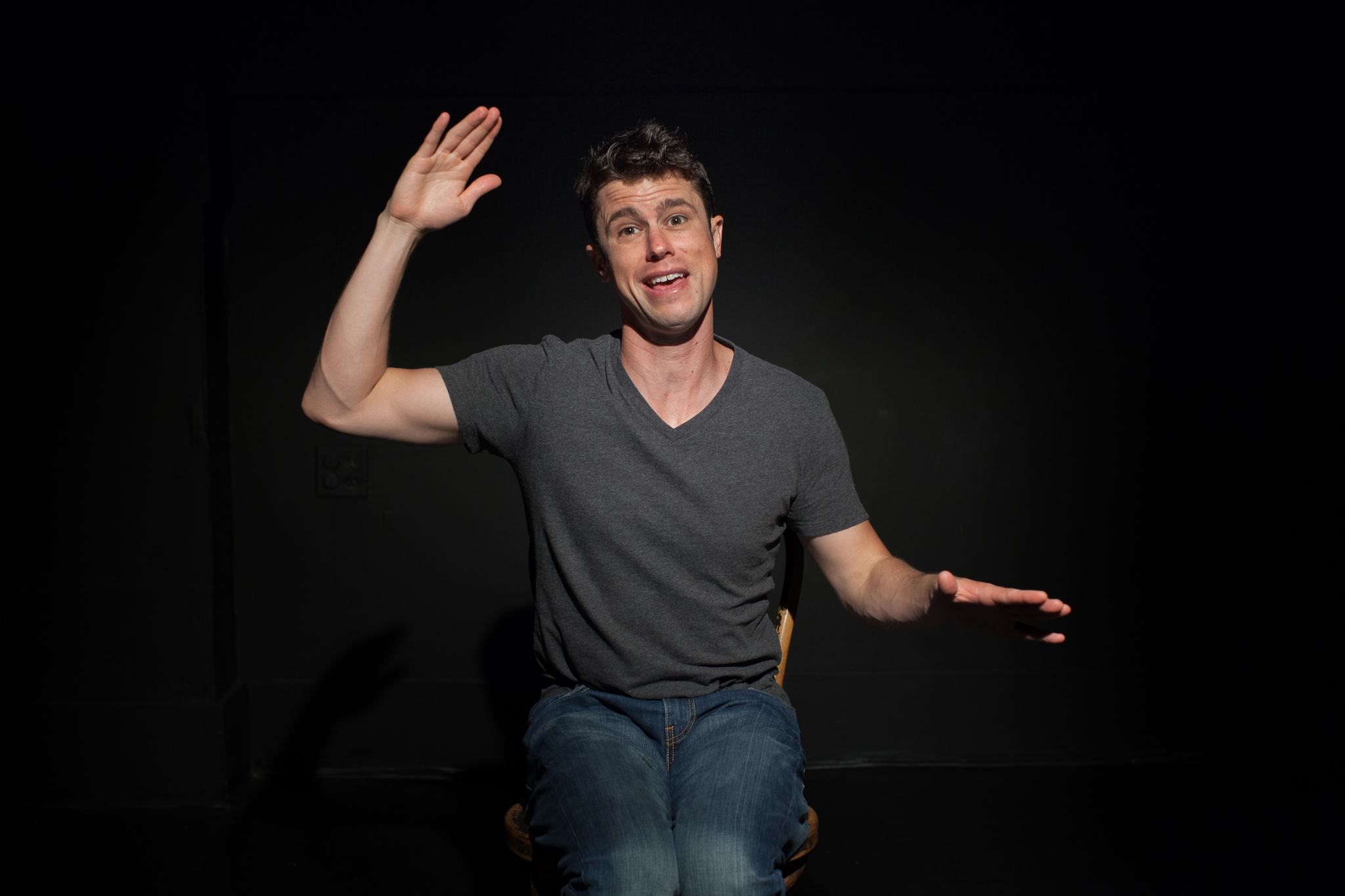 In his new version of “Each and Every Thing,” Dan Hoyle hits pay dirt with his warm, winning personality, his down home San Francisco ways, and his unique “journalistic theater.” In his show, he ponders the word of cell phones, Twitter, rigged elections, and the power of the Midwest to predict our futures.

Ever since he won the Critics’ Circle Award for Best Solo Show in 2014, Dan has been touring the country, creating new shows, and interviewing more strangers. He has been hanging out with NRA folks, sex workers, and street dudes—friends in Chicago call him the Wayne Gretsky of Black comedy.

Dan gets his material from talking to the people in the streets and on the farms—he listens and reports, with wit and wisdom.

Dan Hoyle has matured and evolved as he has become a Dad, returned to the road, and taken a trip to India. There’s really a Buddhist commitment to the work and to his friends and interviewees that is irresistible. Dan’s latest encounters with current politics and with his dear friend Pratim are hilarious.

Imitating his Indian friend with warmth and affection, Pratim swoops in as advisor and mentor to the younger Dan while he’s studying History and Theater at Northwestern. Since Dan’s studies qualify him for no jobs, Pratim sends him on a storytelling mission to the great cyber café in Kolkata, India. But it’s not the cyber café we are used to here—with people bent over their computers and a cuppa.

In the Kolkata chat house, Dan finds a bee hive of activity, with the brilliant Indian techies talking person to person—as people have been doing for centuries.

In India, the grand cyber cafes are still places where people talk to each other about politics, life, and love. They go there to connect in reality; they don’t break out the computers or fall into the cocoon of their smartphones. As in European cafes, folks are still talking to one another without a laptop in sight. Dan points out how people can still encounter the awkwardness of real life—so easily avoided on line.

How is this possible? Has our technology taken us on a space shot from which we have yet to wake up? Dan makes us think about how we live, even as he acts out the ways of people from the NRA in Nebraska, on street corners in Chicago, and at a Digital Detox Ranch up North.

Dan  brings back pure gold. It’s so much fun to bask in the warm wit of the Clown Prince of San Francisco who has surprised the country with his winning ways and journalistic theater. He tells his stories with the heartiness of a born mimic and the urgency of a true journalist.

With enormous talent, charm, and extraordinary conversations, Dan Hoyle delivers as our singular stand-up cyber critic. Let us treasure his show and see him now: Dan Hoyle is The One.

“Each and Every Thing”–A Solo Show by Dan Hoyle, directed by Charlie Varon, at The Marsh, Berkeley, through Saturday, August 25, 2018. Info: themarsh.org