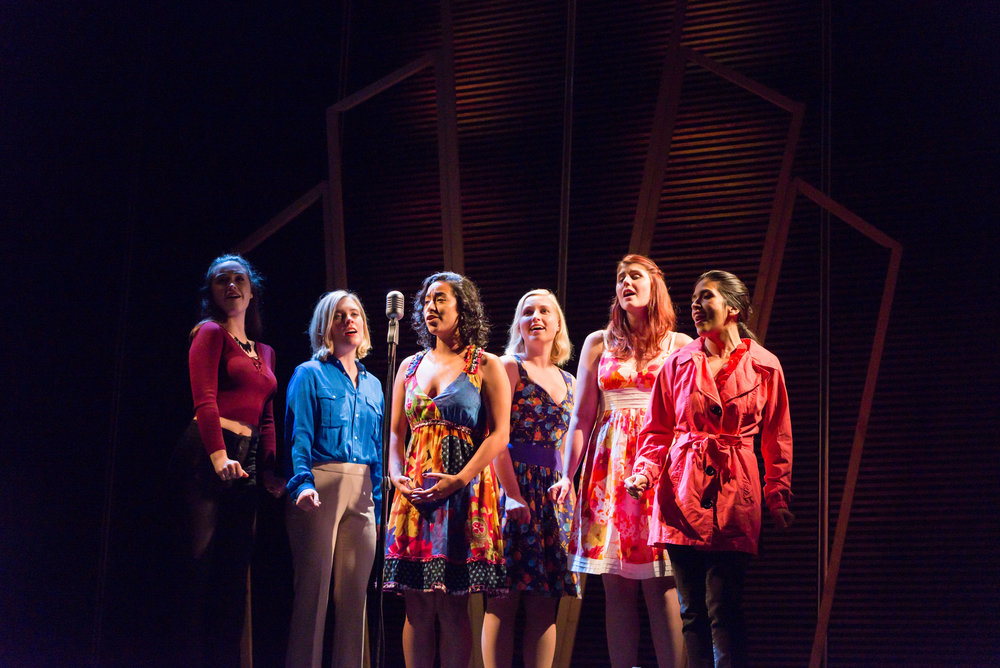 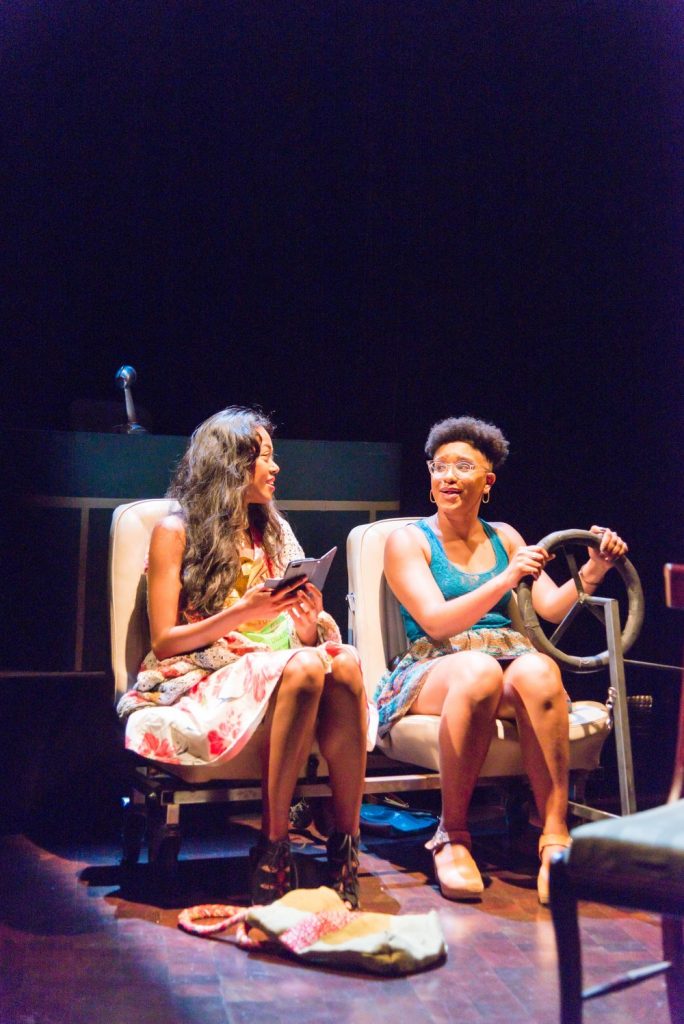 Once the shock is over—what a Party! Two gals in a car discuss their man problems but then the men disappear—no more problems. Now the gals can be both passive and aggressive with no one to criticize them. No more Y-chromosomes to deal with.

Megan Wick plays a take-over bartender who fills in admirably for those guys, now gone. Her talent shines as she swaggers around, making the world anew for women. Juliana Lustenader and her sisters sing some lovely old blues and pop ballads. They take over the air waves for women. Their talent shines brightly in the absence of the Other. 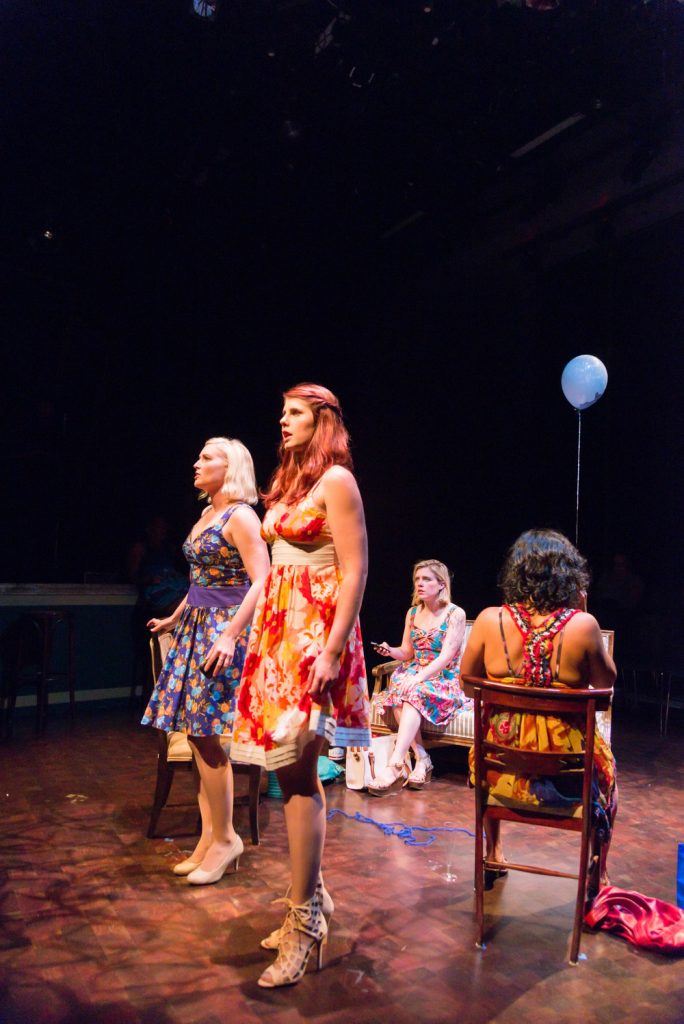 Leigh Rondon-Davis plays the problem solver who helps others get adjusted—acting cool, worldly, and smart. Eliza Boivin needs some TLC and the other women help her out—she’s tender and sweet. Lucianne Colón adjusts quite well, thank you.

Kaitlyn Ortega is pissed about the whole situation and takes no crap from anyone. And Ciera Eis casts a dubious eye on the affair, holding on to her fears.

In a succession of fast and furious scenes, Director Kieran Beccia weaves a fitful affiliation between the wild and witty liberated women.

Here’s what we know: The men are not coming back and they are not really needed. Women have a ball finding new and funny roles. And they know how to have a good time! Watch for the appearance of a Ken doll—who does what he’s told.

Vannessa Flores and the Faultline crew have a ball with this chaotic, colorful comedy of surprises.  They draw us in to a world that might even be a lot more fun and more HU-man than the one we know. Flores makes sharp comedy out of commenting on the sad world we live in.  She empowers us all to make a better world, starting with women. 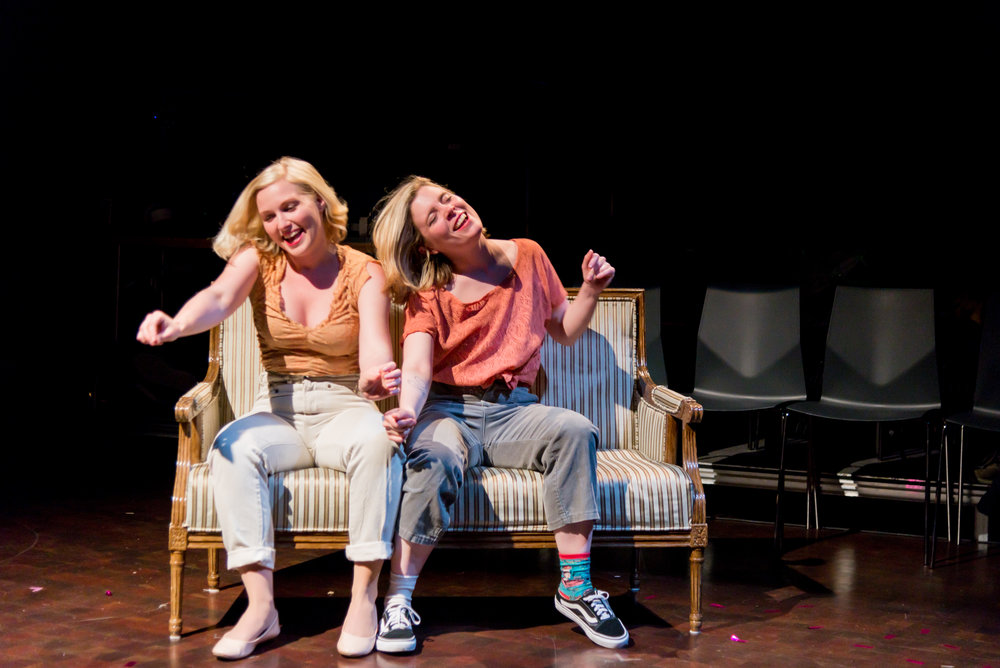 “Where the Boys Are” by Vanessa Flores, directed by Kieran Beccia, by Faultline Theater, at A.C.T.’s Strand Theater, San Francisco, through Saturday, August 18, 2018. Info: faultlinetheater.com