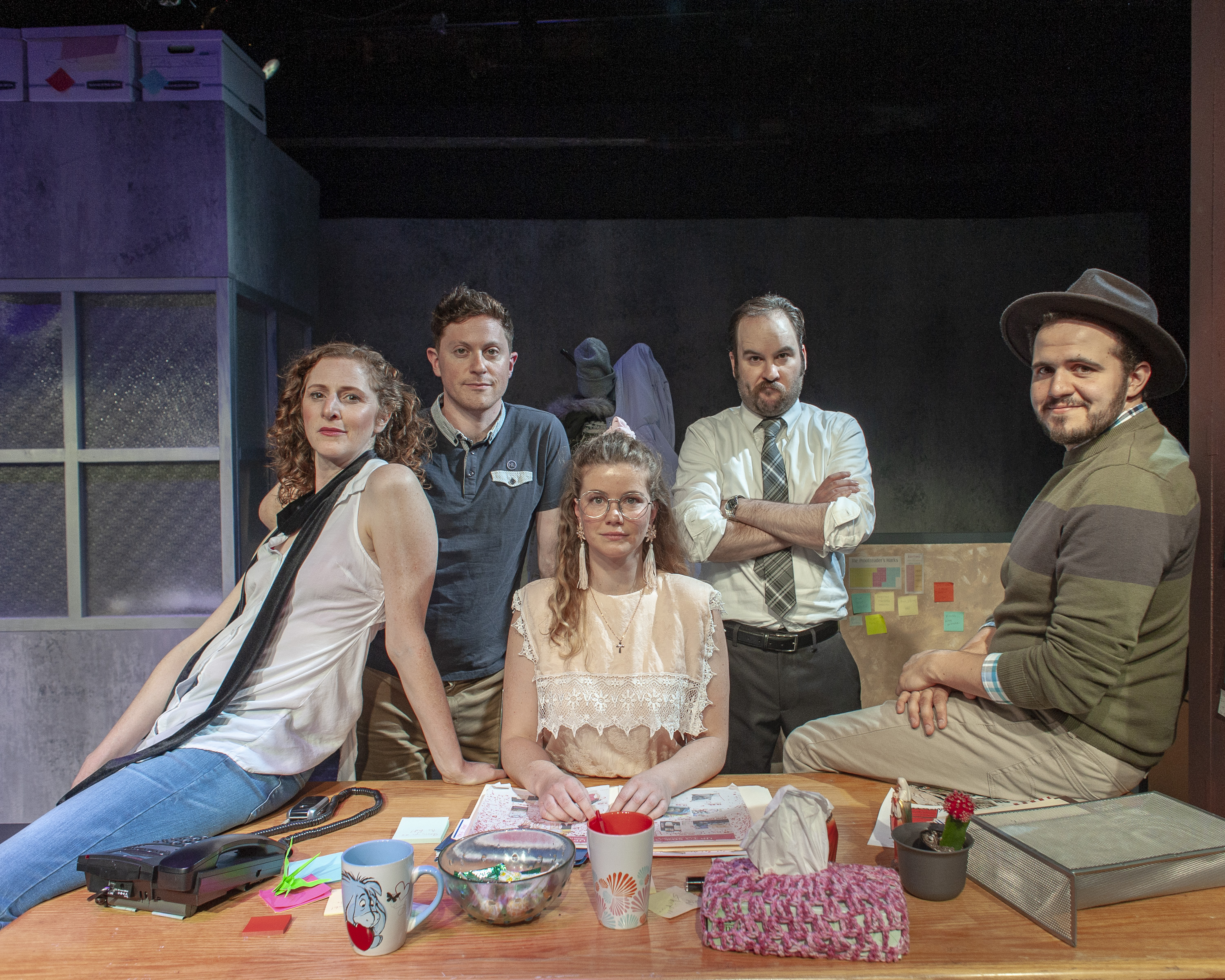 What motivates a proofreader in a sweltering ad agency to huddle in a parka at her desk and shun her fellow workers? It’s the classic story of a nerdy receptionist who lives with her domineering mother and fears any contact. Incapacitated, she comically shuttles between desk and home, peeping out in fear.

In “Washed Up on the Potomac” playwright Lynn Rosen presents the humble, quiet worker, Sherri, played with delicious abandon by talented and endearing Melissa Quine, clutching her big black bag, painfully shy. But she may be more authentically creative than her noisy wanna-be co-workers.

It’s a hot day in the proofreaders’ basement office in a Washington, D.C. advertising agency. Joyce, another co-worker, disappeared months ago. She could be the mysterious body that washed up on the shores of the Potomac River, today. Mysteries abound.

These “washed-up” workers live in a Purgatory where the fluorescent lights flicker, and power goes out, intermittently. Bravo to director José Zayas for bringing these lively characters to life in a familiar yet threatening setting.

In the delightfully stark, post-it papered office set, over-bearing office manager Giorgio (assertive Cole Alexander Smith) tries to lord it over his minion Mark (inventive Vincent Radanzzo). Mark, the put-upon worker, fancies himself a budding Ernest Hemingway, as he poses in slouched hat, putting on a brave show. Mark lives in his dreams of fame.

Enter Kate (startling Jessica Bates), scantily clad, who is always expecting her big break as a rock n’roll singer-songwriter. She wears a spectacular punk rock outfit and flirts with poor Mark, a younger guy, relentlessly. They both make fun of dreary Sherri, who silently idolizes them. Kate and Mark are the “cool cats.”

Behind the cloudy glass partition lurks the office mystery man, known as “That Guy,” subtlely played by charming Max Forman-Mullin. After Kate’s punk-ish performance in a club, That Guy offers a special gift to a Sherri, who has ventured out.  Sherri and “That Guy” bring together the dual themes of repression and expression. We warm to their budding romance, far more real than the outrageous behavior of fake Mark and phony Kate.

Go see “Washed Up” for sterling comic performances by these five sharp, talented actors. In a beautiful final scene, Sherri and That Guy redefine “romance.” The Geeks show us the difference between flirting and love: Flirting wears thin, but love finds new forms.

“Washed Up” reveals the false allure of commercialized art. So, let’s applaud the repressed office workers, so that we don’t get washed up on the Potomac like Kate and Mark. In a sweet ending, Sherri and That Guy offer a fulfilling flash of passion and hope. 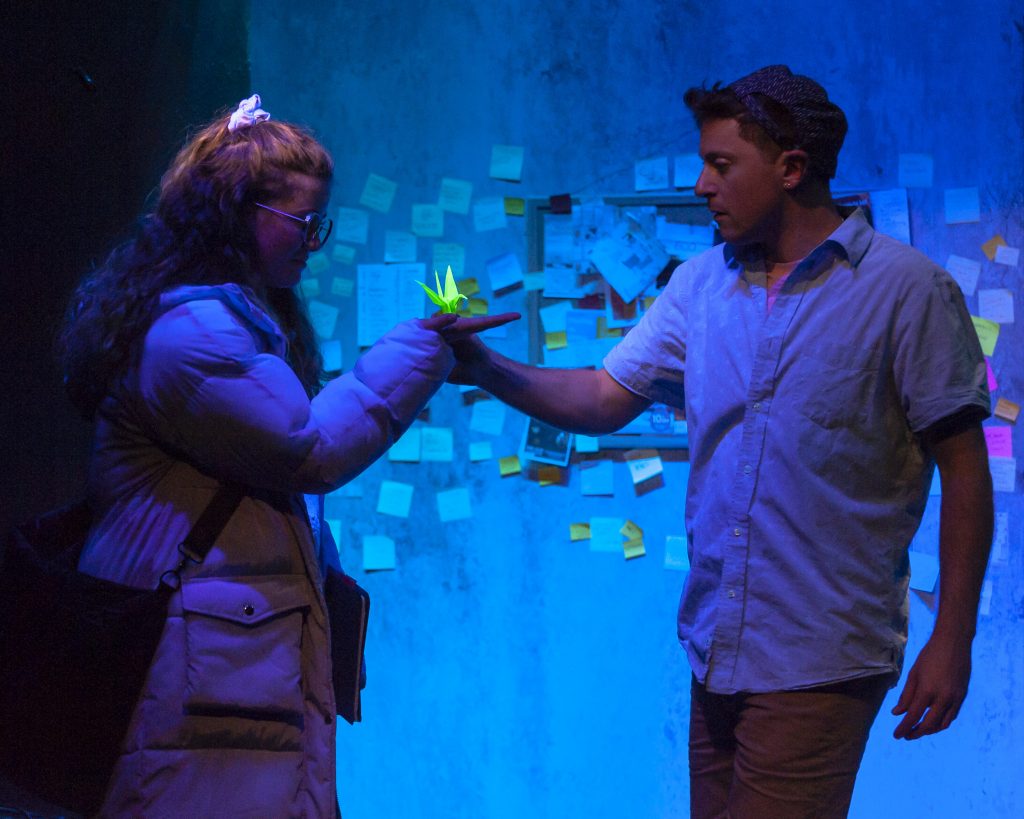 “Washed Up on the Potomac” by Lynn Rosen, directed by José Zayas, by S.F. Playhouse, Sandbox Series, at Custom Made Theatre, San Francisco, through Saturday, September 1, 2018. Info: sfplayhouse.org