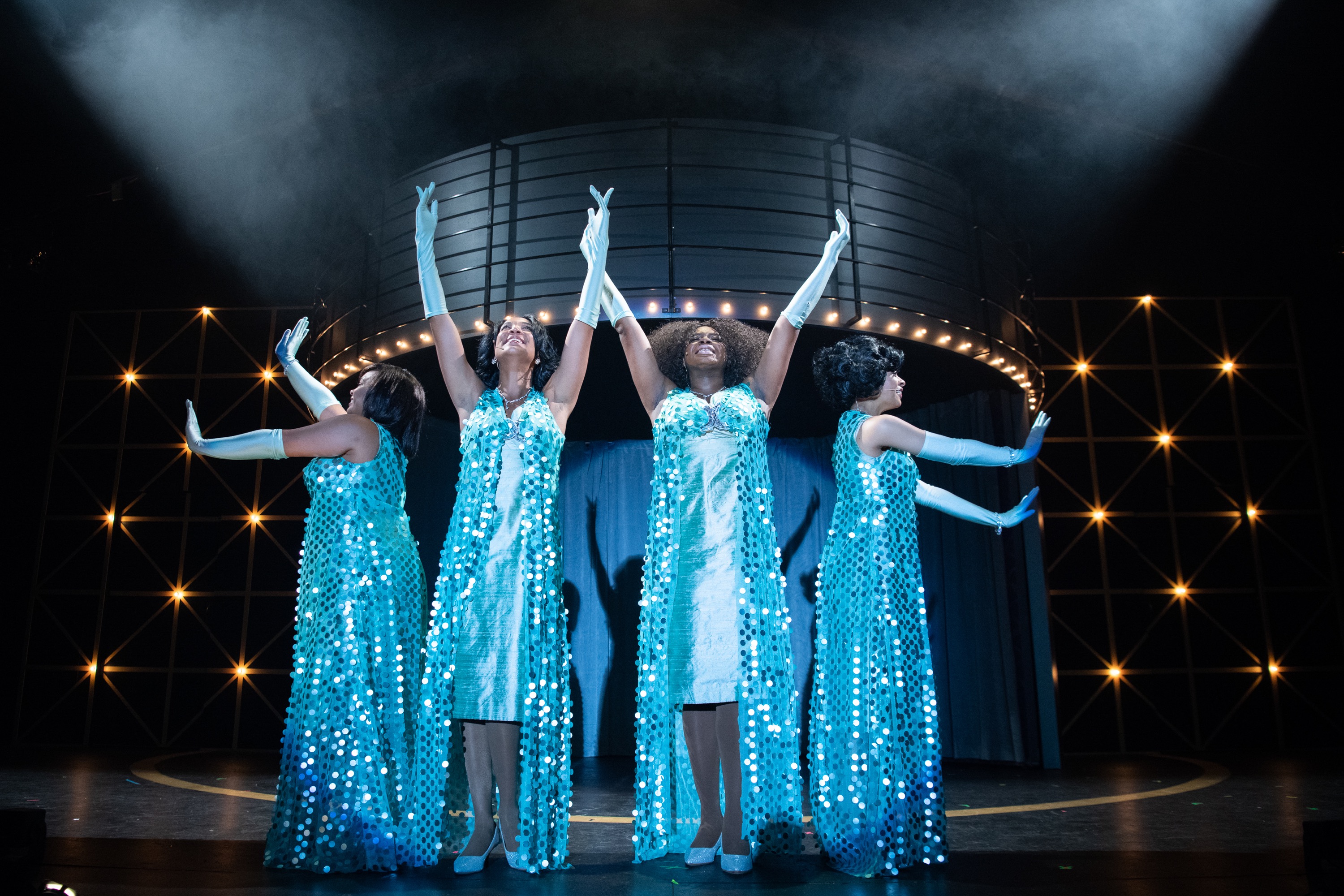 In a large dressing room decked in 60s decor, former R&B band lead singer Effie White (fearless Tanika Baptiste) passionately begs her partner and band manager not to leave her. First, she is totally desperate, but her pleas become demands to remain with the band. She defiantly sings out: “And I Am Telling You I’m Not Going.”

“Dreamgirls” depicts the rise of a fictional Motown, R&B band, The Dreams, based on Diana Ross and The Supremes. Led at first by Effie, then by the ravishing Deena Jones (powerhouse Marissa Rudd), the Dreams deliver beautiful harmonies punctuated by commanding lead vocals. With all the powerful belting, by the end of the show I wonder how the cast has any breath left!

Effie dreams of stardom, but the group’s calculating manager Curtis Taylor, Jr. (electrifying Stephen Wilson) installs Deena as the band’s front-runner because of her looks. The Dreams and their entire entourage are shocked, because apparently Effie is the superior singer.

As Effie puts it, “I’ve got the voice!” This conflict loses some believability in this production  because Rudd’s singing is truly impeccable! Even the third Dreams’ singer Lorell Robinson (ebullient Loreigna Sinclair) is superb! As a result, it’s challenging to buy into Effie’s insults toward her bandmates. They’ve all got the voice!

The Dreams are joined by Jimmy Early (soulful Marcel Saunders) who carries himself with a tantalizing swagger. Jimmy exudes soul, gliding seamlessly between raspy blues and smooth jazz. As the musical trends change around him, he desperately tries to stay relevant, even dropping his pants to gain attention.

Director Brendan Simon brings out the absolute best in his cast of talented vocalists. In a standout moment, Simon skillfully highlights Effie’s desperation after being replaced. Her defiance is  layered and  heartbreaking.

Simon also choreographs the show! He injects influences from hip-hop, jazz, and house dance into classic Motown moves. The most brilliant dance number of the evening, “Steppin’ to the Badside,” incorporates stepping and popping, bringing out the edginess in the cast.

“Dreamgirls” fans will be delighted by the expertly sung signature numbers and brilliant acting. Although I wish we could sympathize more with Effie’s replacement, I am blown away by the incredible vocals from the entire amazing cast, as well as the wonderful directing.