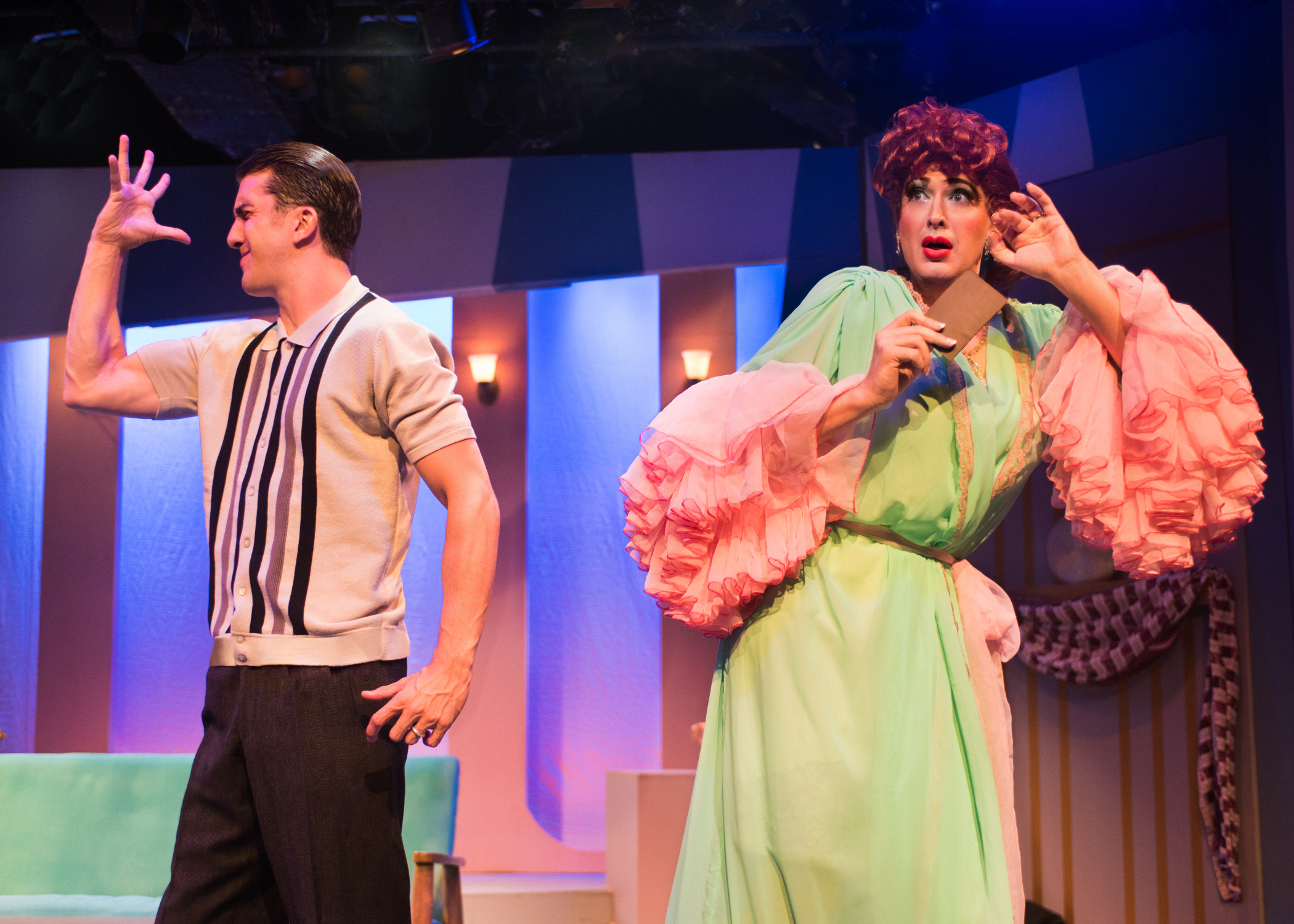 Mary is a metaphor for Capitalism, while The Method serves as Soviet Communism, and Frank is caught in the middle unsure. Busch brilliantly uses acting techniques and the inner workings of movie studios to comment on politics. Even Pat Pilford, our original glaring beacon of the American way becomes a pawn in the Russian plot to take over. She is blackmailed by her ex-lover, salacious playwright Mitchell Drake (intense Robert Molossi).

Through the twists and turns, Mary Dale never misses a beat. We cannot take our eyes off her whenever she is onstage. Frank’s comedic timing is impeccable. As Mary’s paranoia intensifies, her multitude of exaggerated expressions allow for a thrilling combination of melodrama rooted in honesty. I was also impressed by the doubling of many ensemble roles, notably David Bicha who completely transforms himself from a suspected Communist co-star, to an A-List Hollywood director, to a scene stealing turn as Mary’s grandmother.

“Red Scare” draws striking parallels to today’s questions about personal privacy and the intertwining of politics with the entertainment industry. Pat and Mary’s convictions eerily remind us of our current right-wing regime. At the very least, some of the speeches are quite akin to Trump and his childish tweets. When, engulfed in a red spotlight, Mary maniacally reveals The Blacklist, I feel scared for the future of our country, knowing that there are individuals who do not value diverse perspectives and who let fear and hate rule their hearts. Allen Sawyer’s bold direction compels us to think about the past repeating itself—with nostalgia and sharp satire sharing center stage.