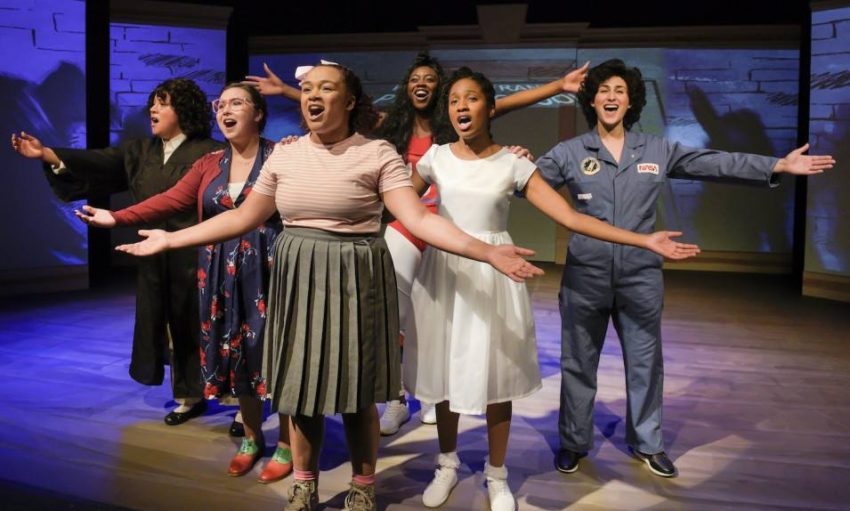 “She Persisted, the Musical” takes its name and inspiration from Chelsea Clinton’s 2017 children’s book. She highlights the exploits of incredible women who changed American history and culture. Now, Bay Area Children’s Theatre brings the book onstage in a spectacular production. Although the suggested age range is 5-12, this 23-year-old reviewer had a blast.

On a field trip to a Women’s History Museum, fourth-grader Naomi (peppy Loreigna Sinclair) struggles with issues of anxiety and self-doubt about her future. With the help of some time-travel antics and bubbly Kid Time (sunny Cassie Grilley), Naomi meets six women from American history. Through these women, Naomi learns important lessons about persistence and fighting for her beliefs.

In a smart move, “She Persisted” does not temper its fiercely feminist perspective to be more “kid-friendly” or moderate. Director Khalia Davis trusts her young audience, never talking down to them.

The show presents an unambiguous vision of inclusive feminism. Of the six historical women, four are women of color. In one of the most powerful scenes, Naomi watches as six-year-old Ruby Bridges (terrific Angel Adedokun) climbs the steps of a desegregated school. Audio of the racist abuse hurled at Bridges plays loudly onstage, intentionally shocking kids and adults alike.

An inventive stage design uses projections to transport us through time and space. The projections draw on Alexandra Boiger’s illustrations in Clinton’s book. In one scene, an animated Princeton Dean looms over the stage, while Sonia Sotomayor (dynamic Carolina Morones) confronts him about hiring Puerto Rican professors. Another projection transports us to a Southern swamp, where Harriet Tubman (compelling Gabriella Momah) guides Naomi through the reeds.

And of course, there are the songs! Lyricist Adam Tobin and composer Deborah Wicks La Puma have written a powerful and memorable score. The songs range from an upbeat bop about Sally Ride (amusing LeighAnn Cannon) to soulful “Walk On,” an emotional finale. 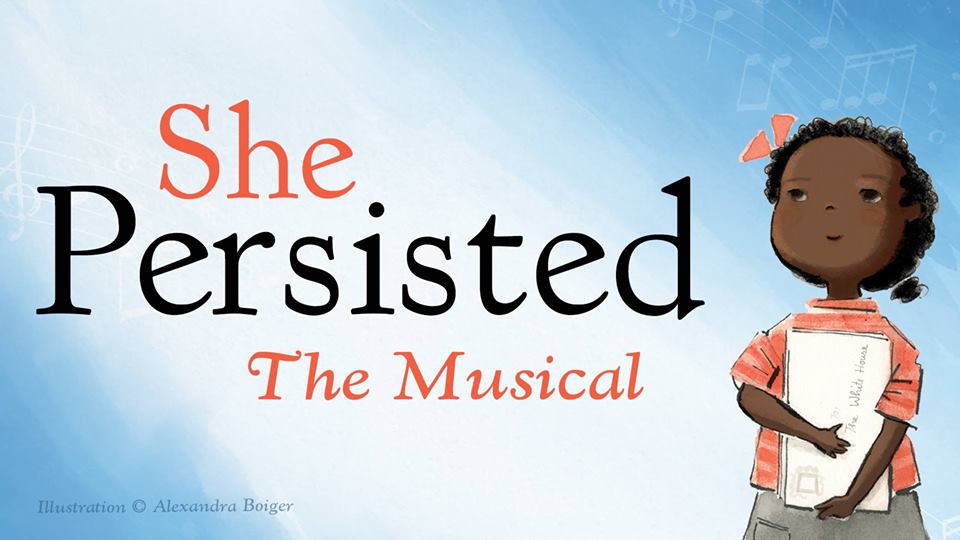 With the support of Chelsea Clinton, Bay Area Children’s Theatre has produced a remarkable show for kids and their families. People working with children assert that kids are way smarter than we realize. Kudos to BACT for recognizing that it is possible to make a piece of children’s theatre that is both entertaining and relevant. The show leaves us with an unforgettable rallying cry: “We insist, we resist, nevertheless we persist!”

“She Persisted”— inspired by She Persisted: 13 American Women Who Changed the World by Chelsea Clinton, script and lyrics by Adam Tobin, music by Deborah Wicks La Puma, directed by Khalia Davis, at BACT, Berkeley, through Sunday, April 14, 2019. Info: bactheatre.org