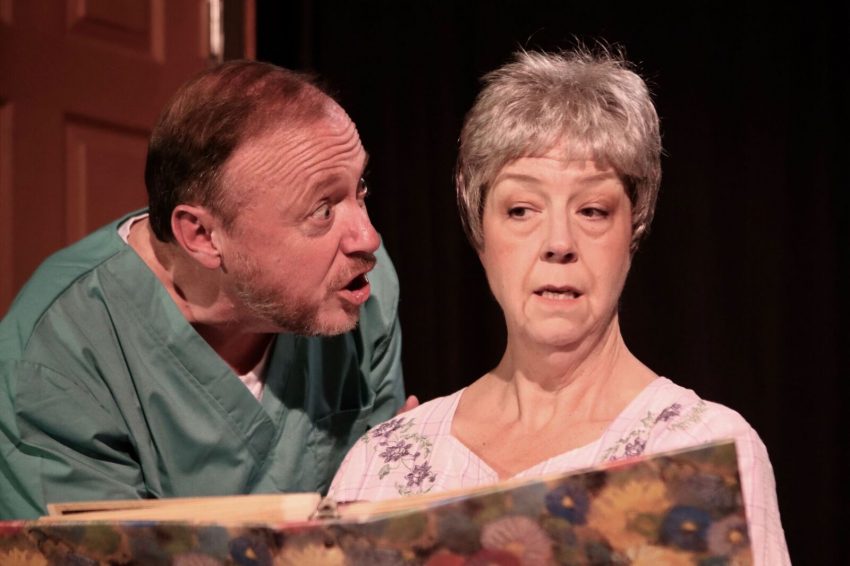 I have always been a big fan of B8 Theater in Concord, and their “Fuddy Meers” vastly increases  my enthusiasm. Even though B8 plays in a small theater, they have given us a wonderful comedy with great timing and seven strong actors. A must see!

“Fuddy Meers”  follows Claire (versatile Jan Lee Marshall) who suffers from “psycho-genetic amnesia.”   Each day, she wakes up with no memories of her past life  (shades of Groundhog  Day). 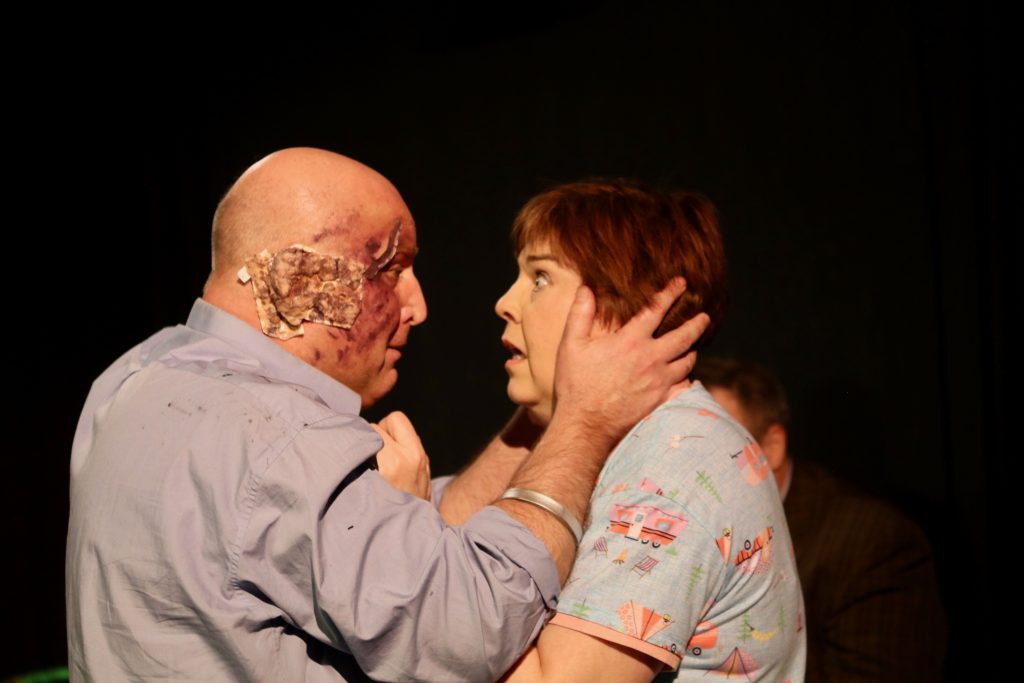 Jan Lee Marshall superbly depicts Claire as optimistic, inquisitive, and naive.  Slowly, Claire becomes stronger and more determined.  We always root for her in her confusion. Are others trying to take advantage of her because she has no memory? We love the moments when she becomes lucid and suddenly, her memories come flooding back.

We meet Claire’s husband, Richard (masterful Stephen Rexrode), who helps her remember who she is–every morning.  But is he telling her the truth? 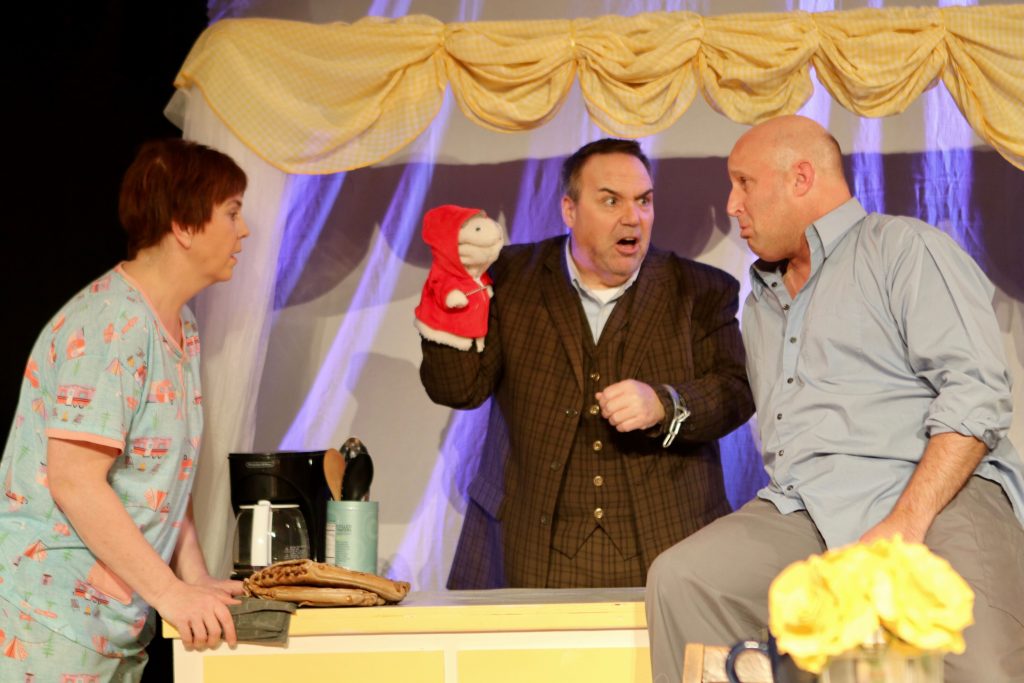 The Limping Man (marvelous David Ghilardy), shows up as Claire’s brother, trying to convince her he is her brother and is saving her from Richard. Is he telling the truth?  The Limping Man’s partner in crime, Millet (stand-out Terry Tracy), uses a hand puppet to spring outrageous, obscene, and hilarious outbursts. Millet is priceless.

Claire’s mother Gertie (Maureen-Theresa Williams) has suffered a stroke and speaks in “stroke talk.” Because she shows a mother’s warmth, we never doubt her.  Williams  delivers  her lines brilliantly, even as Gertie confuses and mispronounces words. 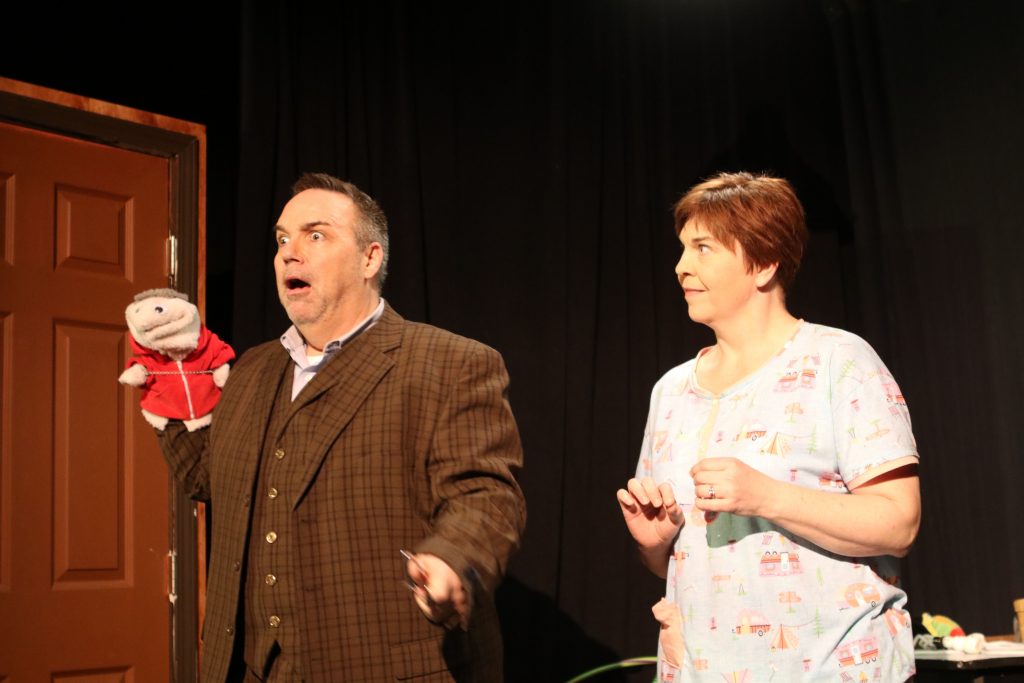 Each scene offers us a snippet of information, but still leaves us asking, “What the heck is going on, here?” Who is being honest with Claire?   There’s never a dull moment–scenes are so swift, funny, and well-acted that the audience applauds often. And we finally learn the meaning of “fuddy meers,” too! 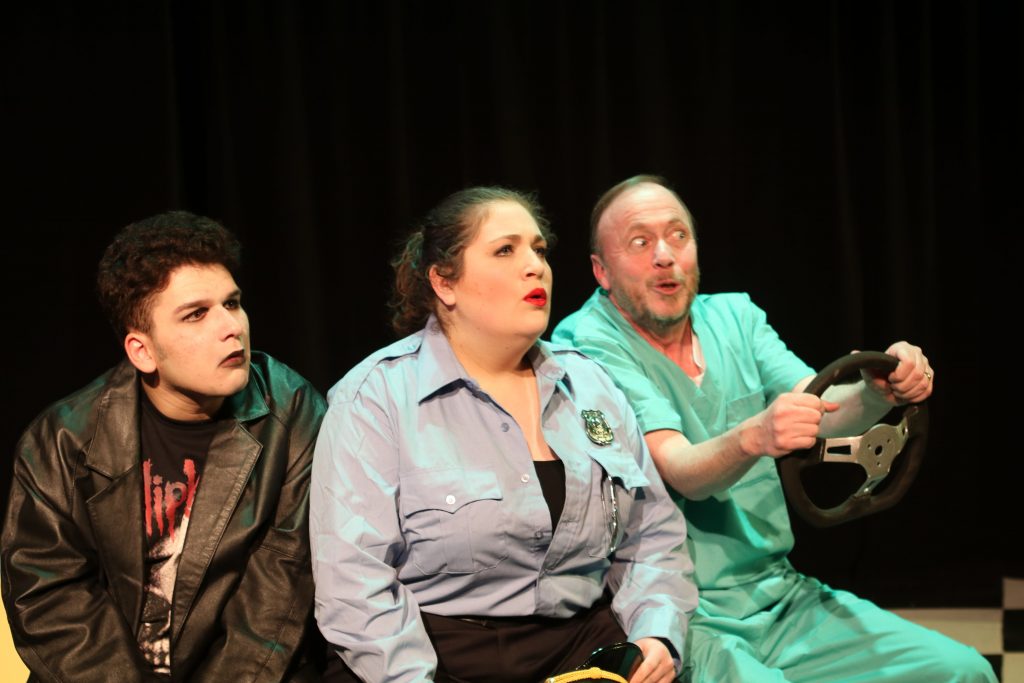 B8 Theatre Company always provides us with artistically satisfying productions. Now, they are looking for a new home. They deserve a permanent theater to do their fine work. Can you help them out?

David Lindsay-Abaire take us on a wild romp to a surprise destination. While “Fuddy Meers” stands out for its comedy, the poignant conclusion has stuck in my memory for a long time.