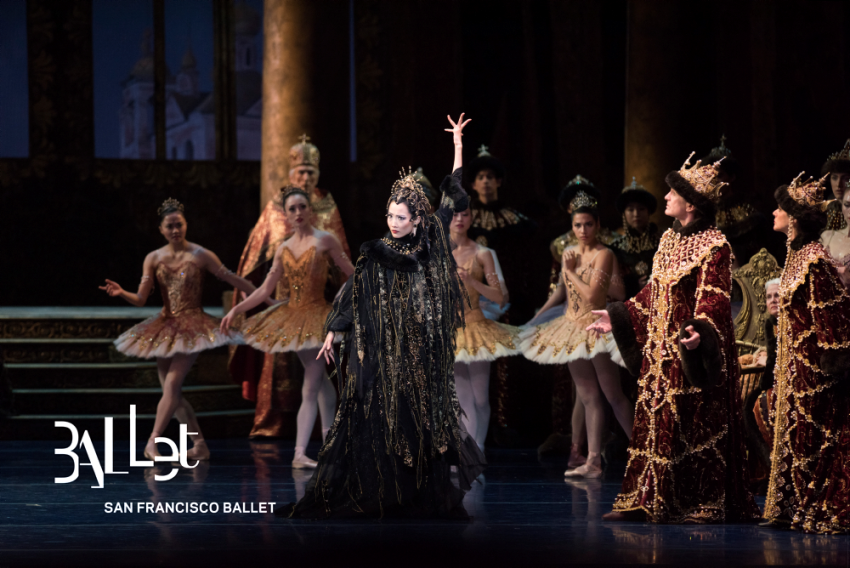 Whether fairy tale, Disney film, or classic ballet, “Sleeping Beauty” is a story of love trumping hate. It starts with the curse of the Fairy of Darkness, who, angered at not being invited to baby Beauty’s christening, proclaims that the girl will die if she pricks her finger on a spindle, which, naturally, she does. A prince who yearns for love finds her and—since a nicer Fairy softened the curse and she’s merely asleep—awakens her with a kiss.

Before and after that, though, in “Sleeping Beauty” the ballet, we’re treated to impressive dancing from a magical cast. Along the way to true love’s awakening, we meet royalty, courtiers, forest nymphs, more fairies, and a White Cat and Puss in Boots, not to mention a Bluebird and an Enchanted Princess. The company performed this ballet early last year, and happily, here it is again. Seeing glorious dancing, in gorgeous costumes, amid elegant sets, with Tchaikovsky’s beloved music (performed by the San Francisco Ballet orchestra, conducted by either Martin West or Ming Luke) is escapism of the highest order.

“Sleeping Beauty” was born in 1890 in Saint Petersburg, Russia, by French-born choreographer Marius Petipa, “the father of classical ballet.” Helgi Tomasson, S.F. Ballet’s artistic director and principal choreographer, created this version “after Marius Petipa.” It’s been a crowd pleaser ever since it premiered here in 1990.

A cool thing about this production is that the scenes of the christening and the evil spell take place in 17th-century Russia, with gorgeous Russian-inspired robes and caps of velvet and fur. When Beauty wakes up a hundred years later, Peter the Great has brought European styles and culture into the court, so the dancers wear gowns and tiaras and powdered wigs—still some tutus, though. (Sets and costumes were created by the late Jens-Jacob Worsaae.) 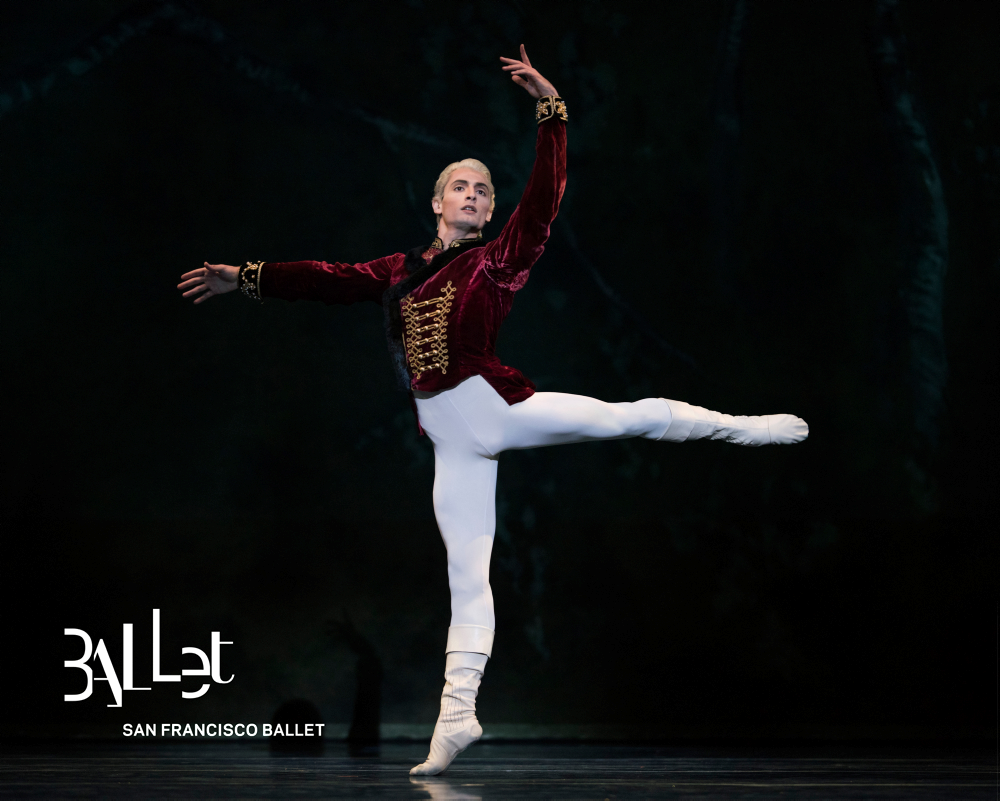 And the production contains classic Petipa moments, like the famed “Rose Adagio.” You don’t have to be a balletomane to appreciate its artistry and amazing difficulty. Here, Princess Aurora, in true fairy-tale fashion, dances with four princely suitors, each of whom hands her a rose. She dances the same steps with each, as if trying to decide which she might marry. At the beginning and end of each dance, she is standing en pointe, on the tips of her toe shoes—which is demanding enough. After each prince turns her in a circle, she lets go of his hand and takes the hand of the next, still en pointe, never resting for a second. Talk about athletic. You can feel the audience holding its breath.

With choreography like this, you want to see a topnotch company performing “Sleeping Beauty.” Tomasson gives several different couples a chance to dance the leading characters, and longtime ballet goers may have their favorites. Certainly, the opening night prince and princess, Sasha de Sola and Carlo di Lanno, seem born to these roles, offering both human emotion and sometimes gasp-worthy dancing. How can they do this stuff? And so well! But this company is so strong, you can pretty much count on applauding any performance. 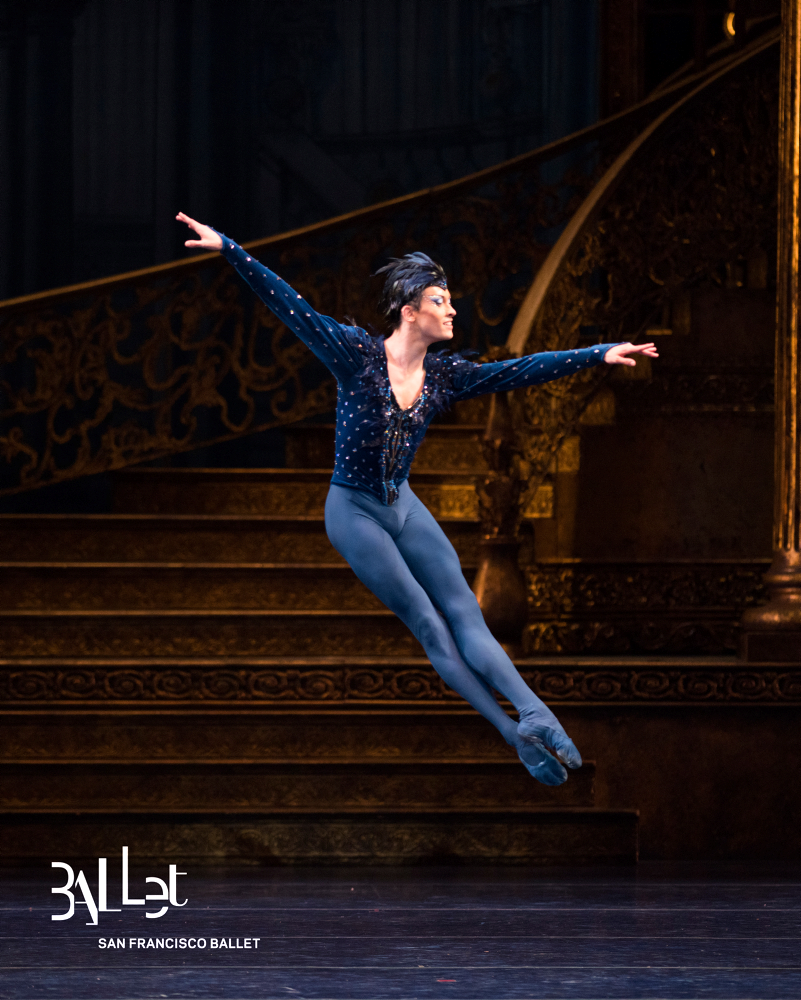 For the rest of the season, we’ll get plenty of modern ballet, including a newish evening-length ballet. Sometimes, though, it’s just nice to see a tutu ballet performed impeccably in luxurious costumes and sets. If you like ballet at all, you’re sure to be delighted with this rousing “Beauty.”