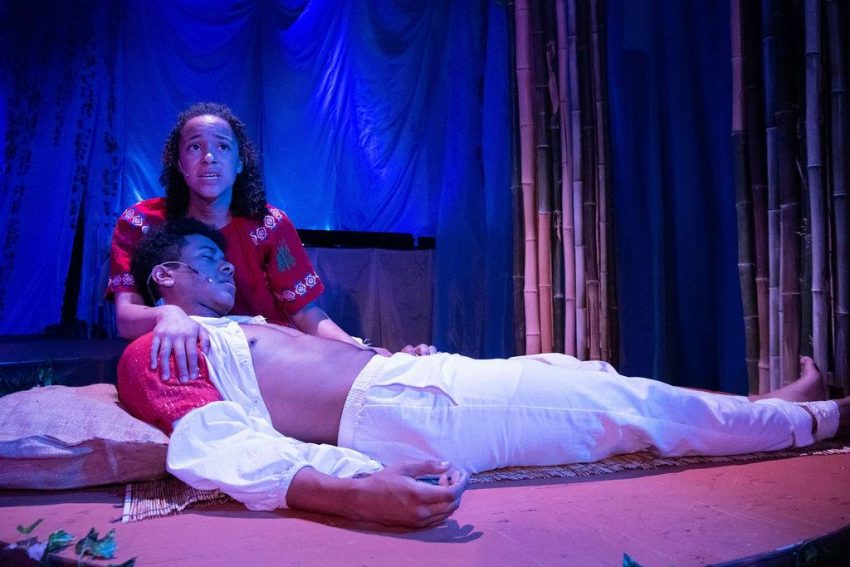 “Once on this Island” portrays a team of Caribbean gods using a young woman’s life to construct their doctrine. Since the Europeans conquered the “Jewel of the Antilles,” the native Storytellers have been teaching the islanders about their lost gods and lost history.

On a tropical island in the French West Indies, a Black orphan girl, Ti Moune (melodic Tanaka Dunbar Ngwara), feels her gods moving through her. The peasant girl pleads with the gods to take her to where “no one before her has been.” Ngwara beautifully sings Ti Moune’s famous, ambitious song “Waiting for Life.” 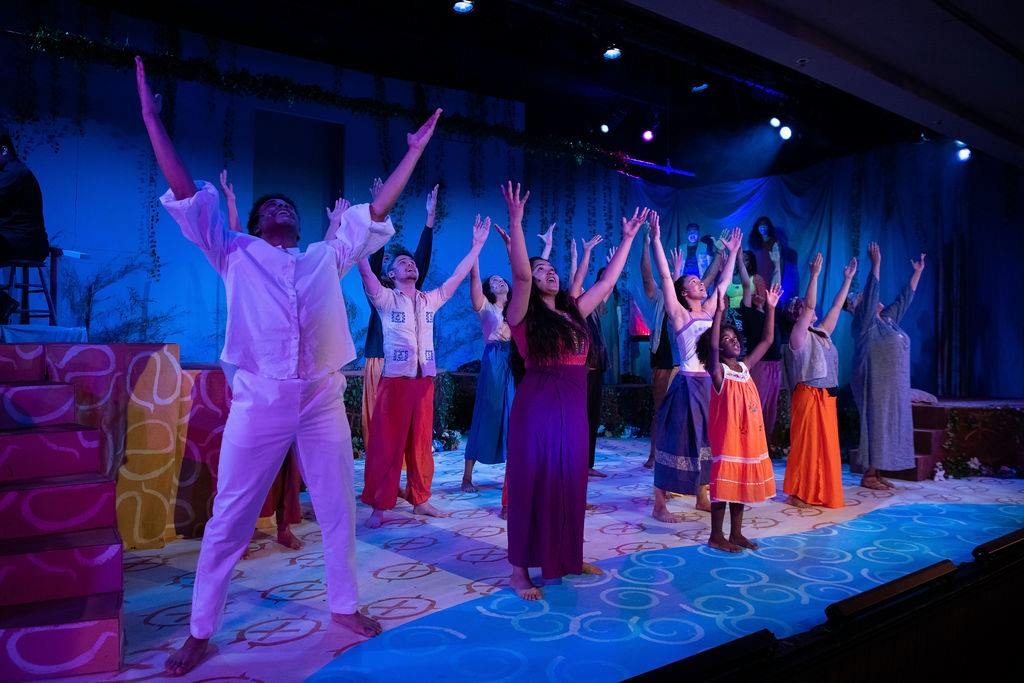 Ti Moune embodies the soul of a naive young girl, waiting for a revelation. Asaka the Earth Goddess (charismatic Leslie Ivy), answers with “Mama Will Provide,” while the goddess  struts, shimmies, and salsas across the stage. She has an answer for the pleading girl.

When a wealthy mulatto Frenchman, Daniel Beauxhomme (suave Myles Brown) crashes his car into the sea, the ensemble responds with lovely ribbon dancing, covering  him in royal blue.  In a twist of fate, the gods persuade Ti Moune to pledge her life to save Daniel, who represents the ruling planter class on the Antilles island. 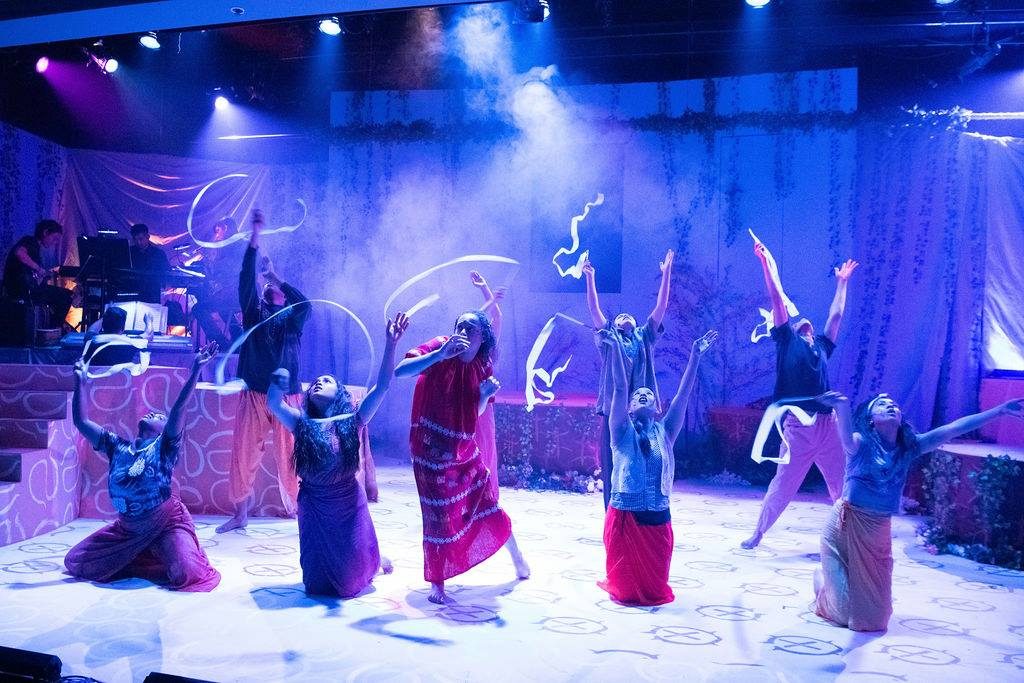 The gods are on a mission to begin a war between death and love. The gods pit Ti Moune’s Love against Death. That’s how the Island Gospel becomes their Bible of basic forces, so they can learn to govern themselves. Their stories are Gospel, and their Gospel is law. The gods embody the struggle between the colonial planters and the native workers. But even the gods learn a lesson in this musical. 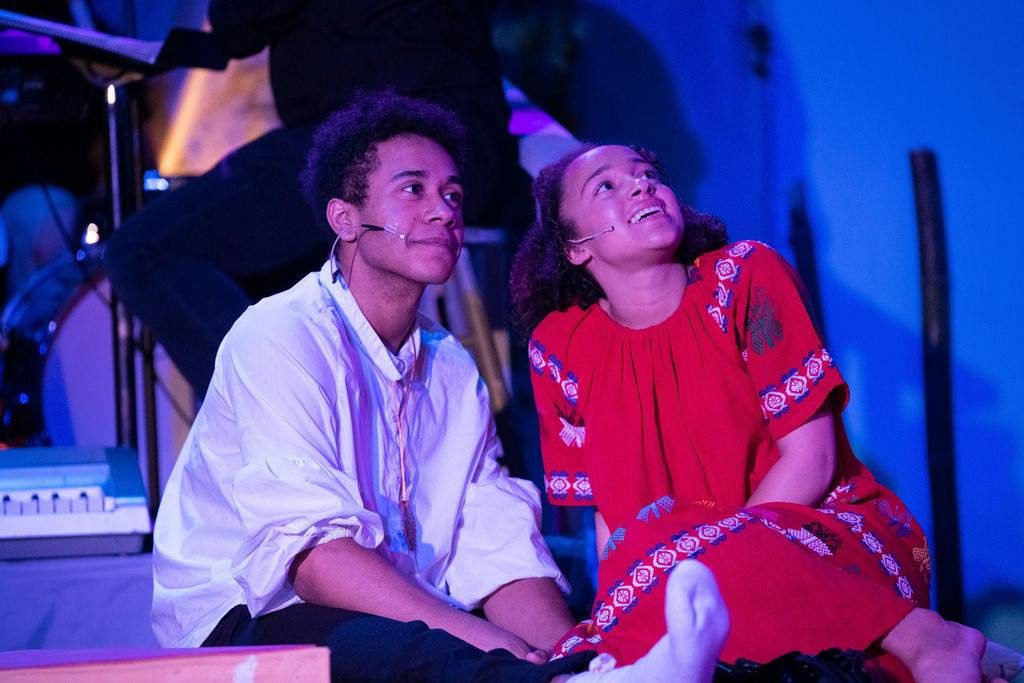 “Once on this Island” provides sweet Calypso and Afro vibes but lacks action. I wish we could see or feel the characters’ internal struggles as they belt out the passionate songs. Papa Ge, the Demon of Death (powerful Briana Grey Rodriguez), dances for the islanders, popping and locking her body. Papa Ge, dressed all in black, writhes and tics, her face marvelously distorted. She depicts the people’s struggles, as she sings “Forever Yours” with Ti Moune. 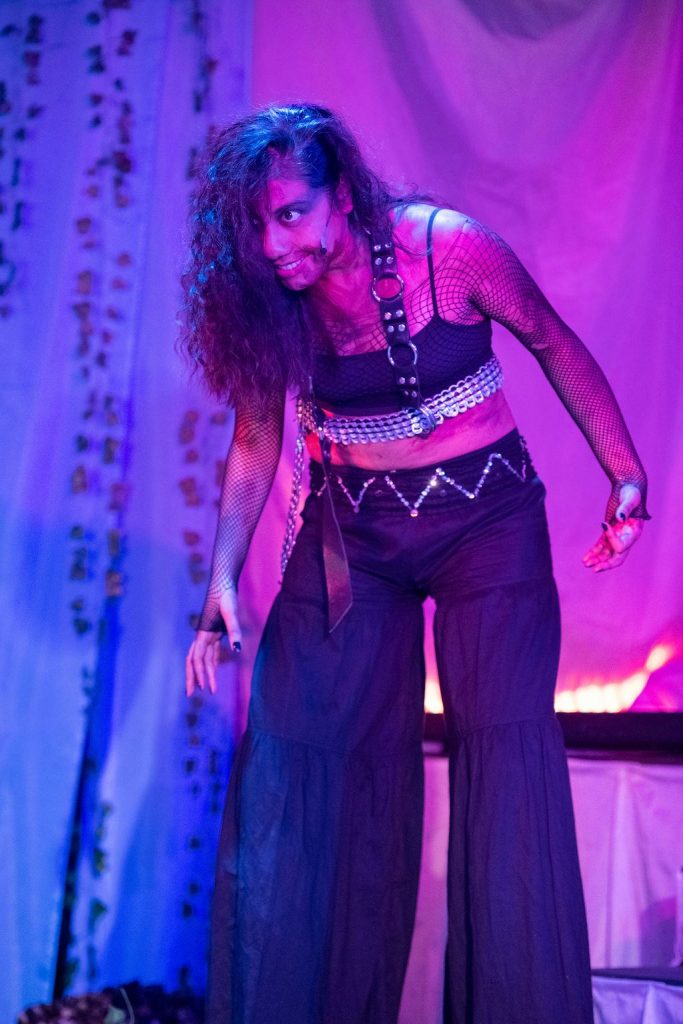 In this cast, Ti Moune’s skin color is a lighter shade of brown than her privileged mulatto lover, Daniel. I tried to ignore the inconsistency and suspend my disbelief, but even my “mulatto” date felt Ti Moune would be more convincing if she were darker.

As the diverse storytellers sing of their “Blackness,” I reflect on the term: “People of Color.” CCCT’s “Once on this Island” shows that the issues of social inequality, class, and race involve more than just Black and White.