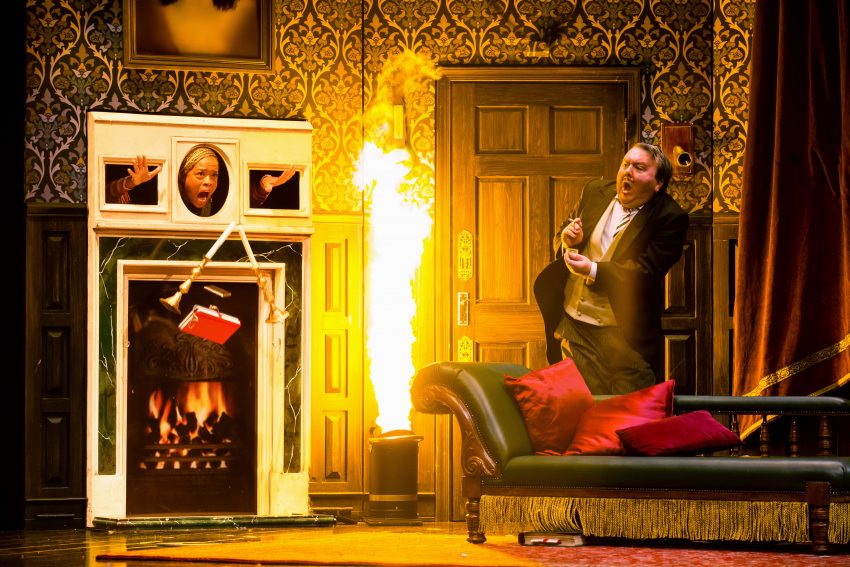 With the daily headlines hitting “11” on the unbelievably ridiculous meter these days, “The Play That Goes Wrong” strikes a comfortable chord with simple, gut-busting comedy. No matter how wacky and silly things get, sometimes we need to shake our heads and laugh out loud—a welcome relief this long hot summer.

In this British farce by Mischief Theatre’s Henry Lewis, Jonathan Sayer, and Henry Shields, the eager members of the Cornley University Drama Society set out to perform “Murder at Haversham Manor,” a 1920’s murder mystery. But as the title suggests, things don’t go well. In fact everything–set, props, lighting, sound, cast—all fall apart right before our eyes. But our poor accident-prone thespians attempt to work through each set-back with an earnest, yet misguided will, as the play goes from bad to utterly disastrous.

Even before the show opens, the backstage crew cannot get the set to cooperate–the mantelpiece falls over and random doors fly open. Annie Twilloil as the Stage Manager and Trevor Watson as the Lighting and Sound Operator perform a madcap Laurel and Hardy routine before the play even starts. Both are excellent comedic actors with brilliant timing and delivery. They win over the audience, at once.

Then we find out that the actors, too, blossom with clumsiness and ineptitude. The cast is addicted to flubbing their lines, mispronouncing words, and missing their cues. The onstage corpse continually moves, actors get stuck in windows, or are knocked unconscious. Once the production melts into chaos, some actors just go rogue.

The physical comedy of “The Play That Goes Wrong” hits new heights. Actors whirl around the stage in lunatic fashion–falling out of windows, squeezing into nooks, and smashing to the floor. They stretch their limbs to hold up the decomposing set. I am impressed by the sheer gymnastics and over-the-top acting our troupe employs during the screwball adventure. 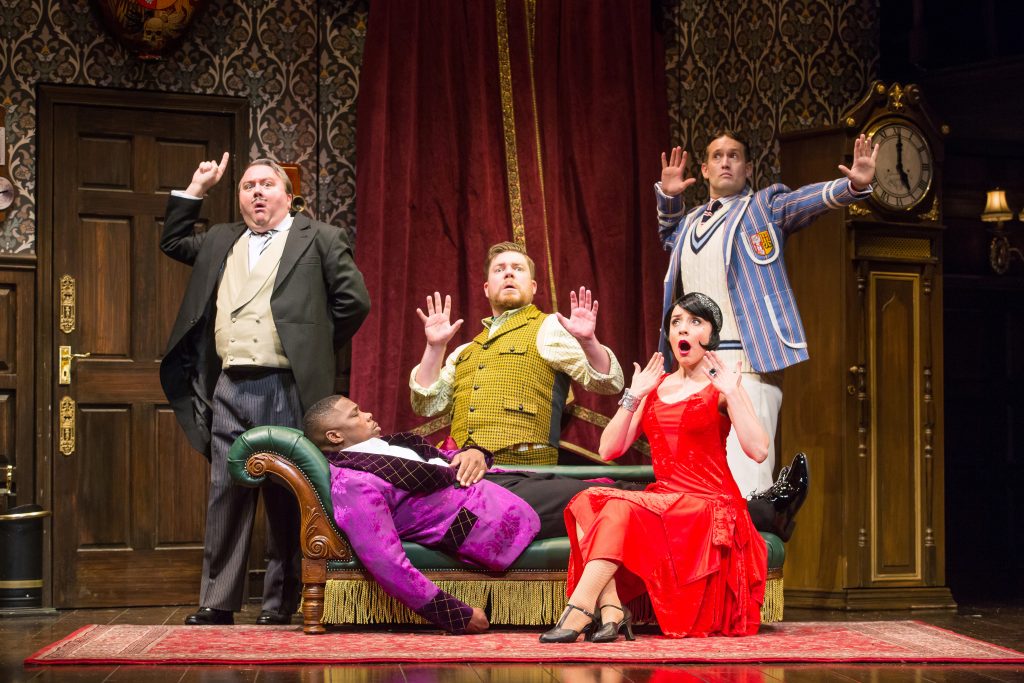 Matt DiCarlo directs the SHN touring production of  “The Play That Goes Wrong,” choreographing amazing feats of fast pacing, giant leaps, and shocking turnarounds. The staging alone is a logistical miracle with the physical complexities of the deteriorating set, while the actors fumble silly props and dodge cascading walls.

“The Play That Goes Wrong” is the theater equivalent of a good summer read. Easily consumed without having to think too hard. The endless uproarious, side-splitting comedy grew a bit tired for me, but two plus hours of mindless, madcap humor could be just what the doctor ordered for 2019’s troublesome 24 hour news cycle. 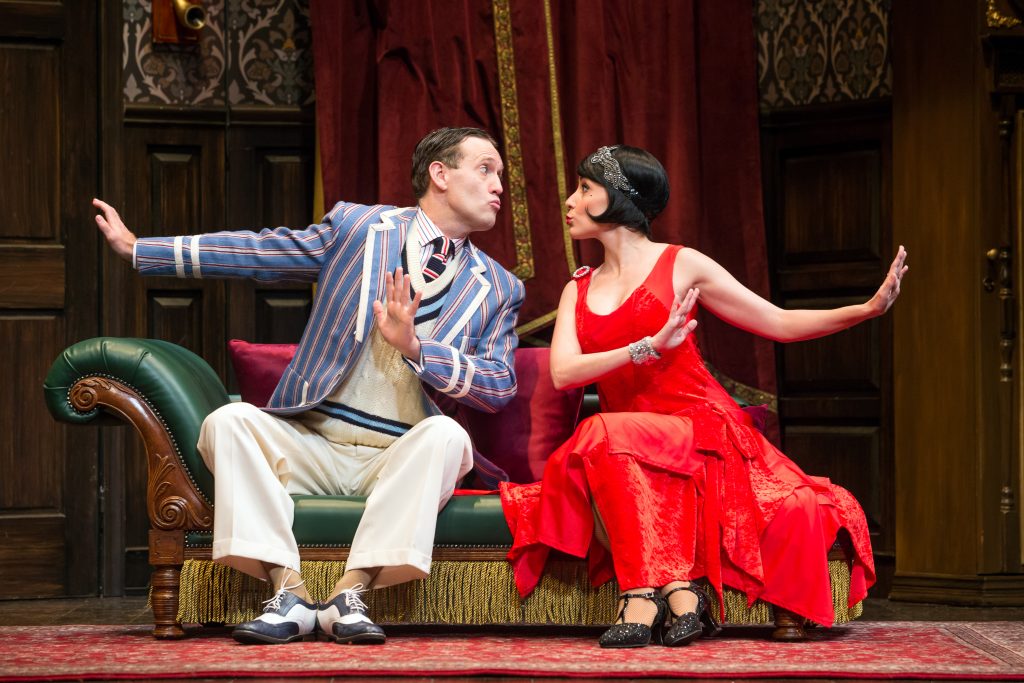