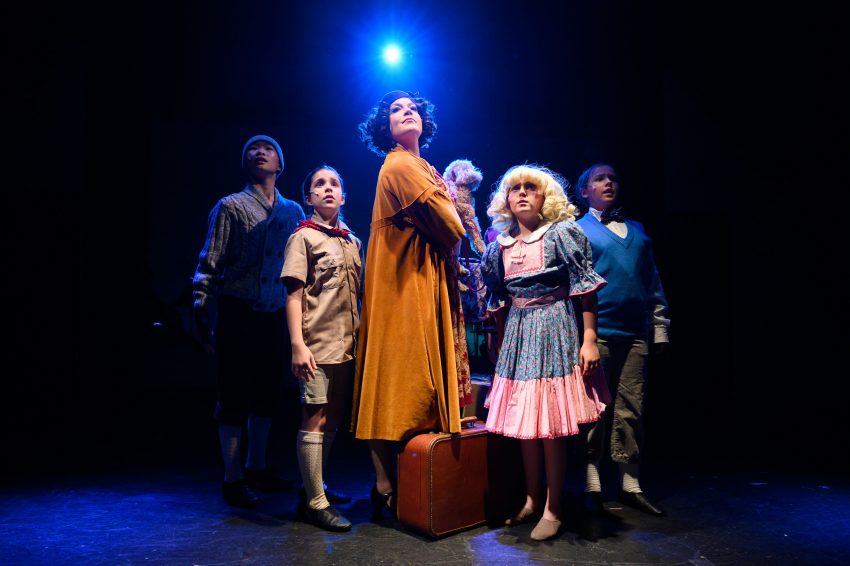 Based on the 1957 memoirs of famous striptease artist Gypsy Rose Lee, the musical “Gypsy” brings the glitz of burlesque back to The City. Steven Sondheim recounts Gypsy’s rise to fame, driven by her obsessive stage mother, Rose. Despite the lengthy first Act, BAM’s “Gypsy” shows off a superb cast, powerful vocals, and delightful dance numbers.

BAM has transformed the Alcazar Theatre into a hazy nightclub, illuminating the band on stage. The five-piece band plays smooth jazz, bathed in soft blue light, creating a calm and classy ambience.

Act One, an hour and forty minutes long, drags its feet instead of dancing through the plot. While the actors skillfully bridge the slow moments, several scenes lack the motivation and urgency they need.

BAM ups the tempo in Act Two at the burlesque house. “You Gotta Have a Gimmick” breaks through the dingy setting with a refreshing grown-up tone, changing pace from the childish Vaudeville acts. Each stripper brings her own style and flair to the number, but Electra (hilarious Glenna Murillo) stands out— not just because of her electric attachments. Murillo brings down the house with her powerful voice and great comedic timing, kicking off the burlesque career of Gypsy (playful Jade Shojaee) with gusto. 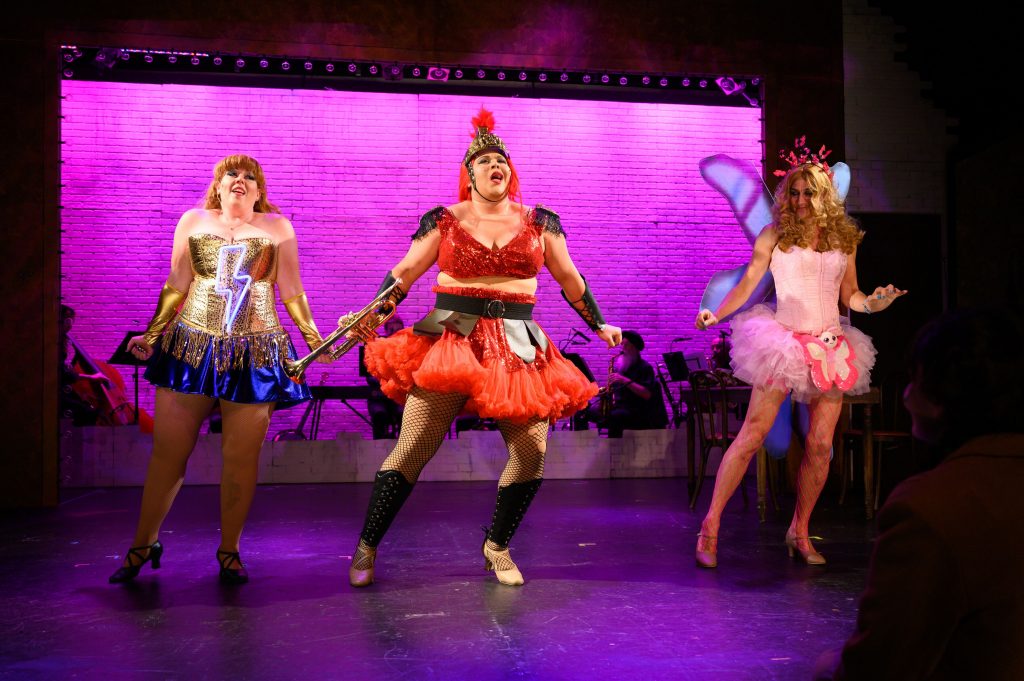 As Gypsy, Shojaee delivers a thrillingly seductive, genuine performance. Shojaee’s rendition of “Little Lamb” sharply contrasts her titillating performance of “Let Me Entertain You!” She demonstrates incredible versatility as an actress and is as captivating in a cow costume as she is wearing a glittery green dress.

Of course, Gypsy Rose Lee is nothing without her infamous mother, Rose (driven Ariela Morgenstern). Rose pushes hard for both her daughters to star in 1930s vaudeville, projecting her own desire for stardom on them. 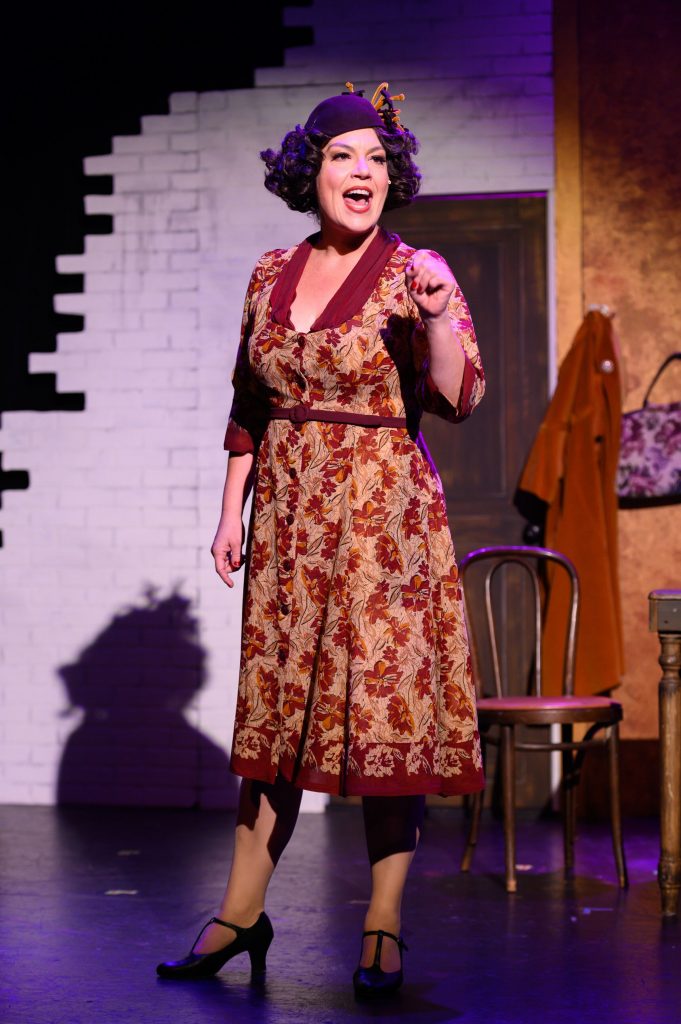 Morgenstern’s intensity, power, and skill captivate us and draw us into her heartbreak. During “Rose’s Turn,” Morgenstern beautifully captures Mama Rose’s complex character, and the depth of her passion for the stage. Alone in the spotlight, Rose bares her anger and pain, delivering a striking and haunting tribute to the world’s most famous stage mother. 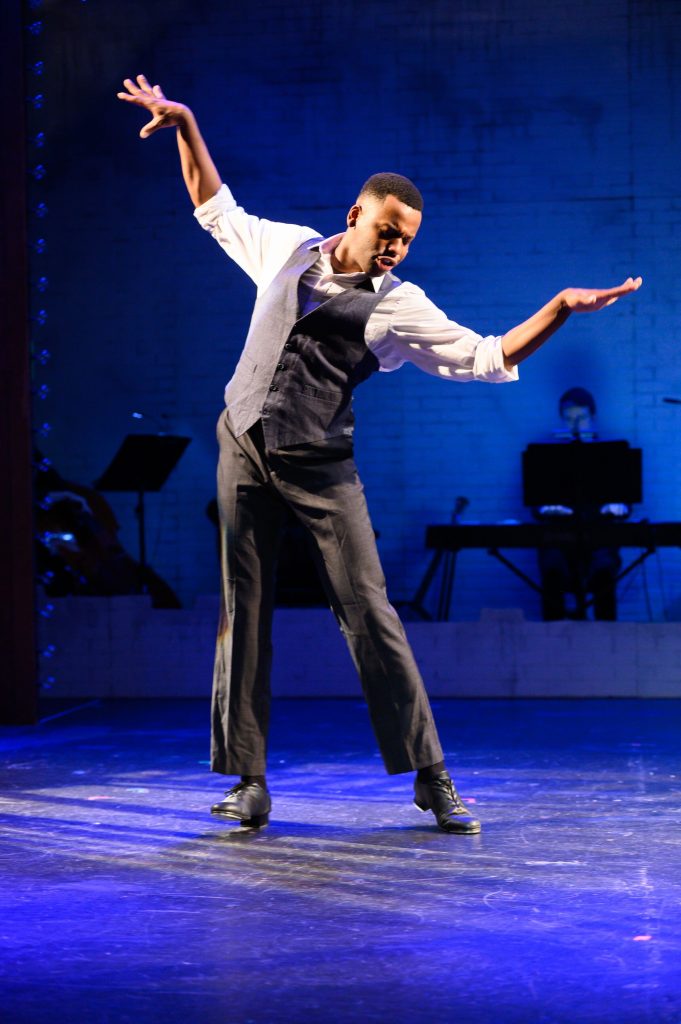 The leads are not the only shining stars of BAM’s “Gypsy.” The hopeful dancer Tulsa (enchanting Jean-Paul Jones), another performer Rose manages, delivers a delightful tap solo in “All I Need Is the Girl.” Choreographed by Matthew McCoy, Jones’ charm radiates from the stage, and left me with a lasting smile.

“Gypsy” reminds us that showbiz is unrelenting, and stardom is not always attainable. However, it certainly is a good time! Drop by the Alcazar and let the talented cast of “Gypsy” entertain you!