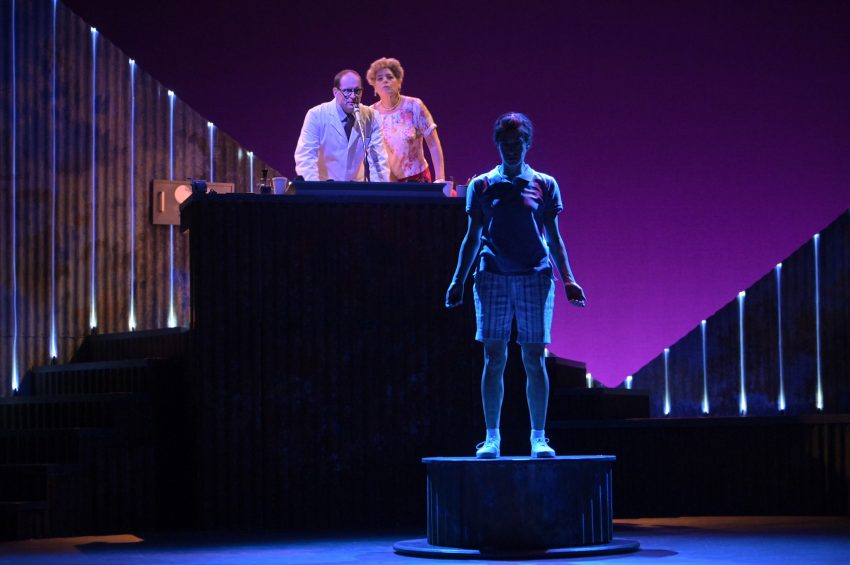 The true story of hopeful astronaut Jerrie Cobb inspires us to reach for the heavens, and to pursue what we most love.

She hallucinates, and unfolds her life before us.

At age five, shy Jerrie knows “God wants her to be a pilot, even if others do not understand. She longs to “fly … through the clouds … to hear myself breathing. The same air that angels breathe.”  She dreams of a freedom I felt when I flew a 172 Cessna Skyhawk on the wings of angels.

She confides her love of flying to her encouraging father, pilot Harvey Cobb (dynamic Dan Hiatt), who supports her independence. Mitchell as daughter and Hiatt as dad portray touching affection.

When she catches the eye of pilot Jack Ford (confident Craig Marker), Jerrie understands the old adage: “Pilots don’t fly a plane, they wear a plane.” Laurel Ollstein’s script really takes off when Jack, a debonair freight airline owner, hires her to shuttle planes, fueling their short-lived romance. Full of excitement, she becomes, at last, the professional pilot of her dreams.

Although they promised her the moon, the flight door is slammed shut on her. Worse, the Russians have landed the first woman astronaut on the moon—her moon, that she watched wax and wane as a little girl.

Dr. Randy Lovelace (Anthony Fusco) announces that the Mercury 13 program is cancelled. And misogynistic John Glenn (Craig Marker) testifies to Congress that he thinks women are not destined to be astronauts. Once again, men in power retreat from gender equality, sending women back to domestic isolation.

With perseverance and resilience, Jerrie reunites with her first love—flying. She transports goods to missionaries in the Amazon. Despite the loss of a dream, we see that a life’s passion can still be realized.

Spectacular. A must see.