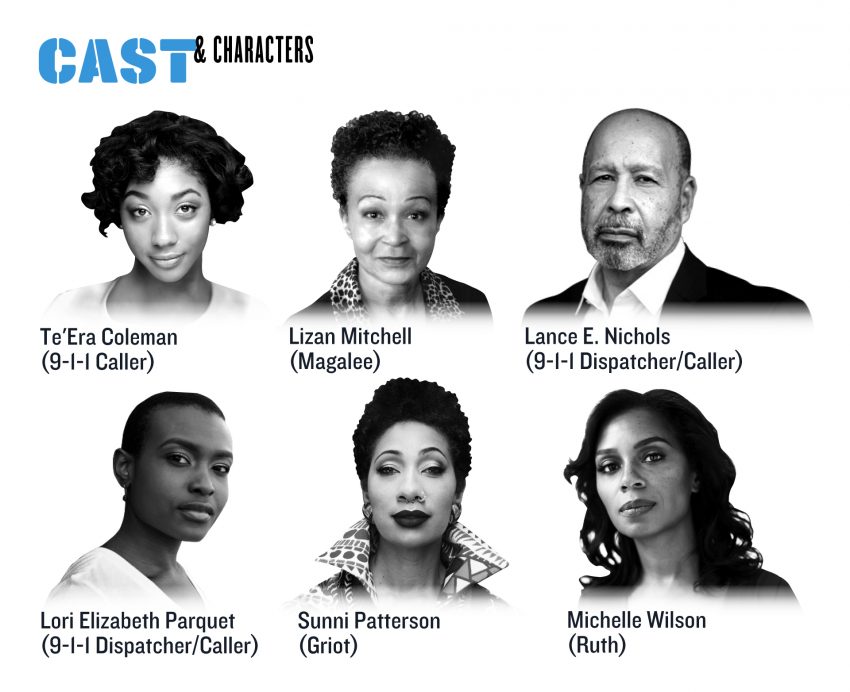 The New York Public Theater is offering a world premiere audio play, “Shadow/Land,”  powered by poetry, music, and a stellar cast. In 2005, two Black women trapped by the floods of Hurricane Katrina, expose the dual disasters of racism and gentrification in drowning New Orleans.

Many Black folk died under the onslaught of storm and flood. In vain, they hollered for help as boats and planes ignored them. “Shadow/Land” beautifully transmits their isolation and exile in their flooded homes. Katrina stands for the U.S. failure to protect its people.

But Ruth (Michelle Wilson) and her 80-year-old mother Magalee (Lizan Mitchell) remain stranded in low-lying, flood-prone Ward 9. Wilson uses her voice to craft a heartfelt Ruth with depth and soul. Mother and daughter huddle in their old home, the legendary hotel and musical hall they call Shadowland.

Magalee’s Shadowland was famed for hosting Black musicians. With music composed by Delfeayo Marsalis and sound design by Palmer Hefferan, we are treated to a trip through New Orleans’ musical history. We hear strains of the Blues, Jazz, and Dixieland that underscore their struggle. The music takes us back to the glory days, when American music took root in New Orleans’ rich gumbo of cultures.

Ruth has been trying to get her Mom to sell Shadowland to white developers—but Magalee refuses to sign. Her mother jokes that it was never about the community but a place for her husband to blow his horn. Dickerson-Despenza’s powerful new play recreates the feelings of New Orleaneans as they deal with predatory gentrification.

Under the astute direction of Candice C. Jones, the mother-daughter feud runs from hilarious to painful,  filling the show with wisdom and love. Ruth scolds Magalee: “…/ the skygonna fall / going to lay its head in the city’s lap / we gotta be ready to cradle the sky.” Her musical language, in Southern dialect, strikes straight to the heart.

And the Southern storyteller, the Griot (Sunni Patterson), as narrator, adds a stirring, sonorous voice overflowing with concise elegance.

Lizan Mitchell does a superb job as Magalee, who stands for old ideals—but, half-demented, she is fading. Magalee gave refuge to musicians at Shadowland for decades. Black musicians got fine rooms—with air conditioning–while white hotels rejected them.

The playwright uses the audio format to surround us with luxurious rhythms. Magalee says: “ima be here afta katrina hardens into a gnarled cackle/ ev’ry storm just a jealous band memba vying for the spotlight/ tryna top the last solo.” In seductive accents, she compares the power of the storm to the passions of her musicians.

Many neglected citizens fell under the onslaught of flood, abandonment, and displacement. Dickerson-Despenza revives her own family’s history and our national history in her symphony of memories.  She makes our hearts ache for a better, fairer way to live.