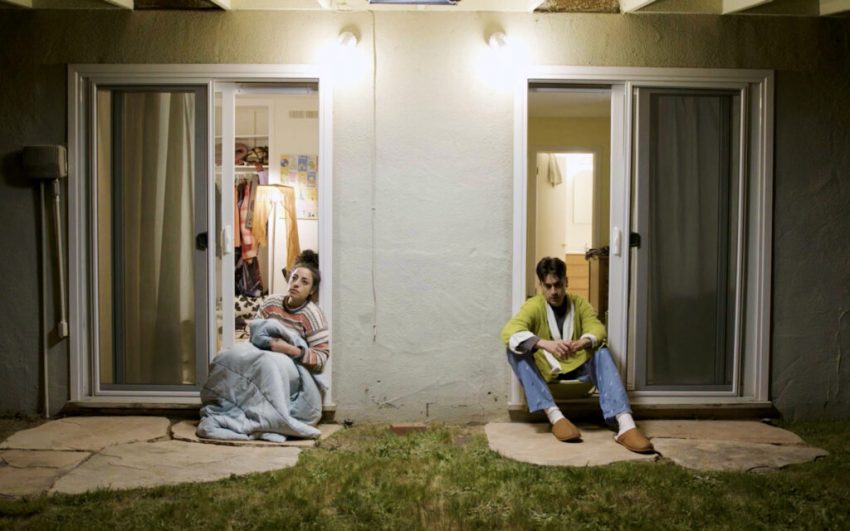 Marin Theatre Company and Storykrapht have created an avant-garde story form in both real time and on film, with an abundance of ingenious tech innovations. “Brilliant Mind” reminds us that who and what we become comes from family, culture, and nation. Playwright Deno Ibrahim encourages us to share our complex lives and hidden feelings with our family before we die.

We are greeted by Samir (inspired Kal Naga), a father who has died and appears live, talking directly to us. This brilliant but disordered father is reaching out to his estranged children, even as they are preparing his funeral. He wonders how they will respond, since he abandoned them twenty years ago. Samir may be unhinged—as he texts us feelings, photos, and opinions meant for his children.

The whole family has a foot in two worlds, the culture they grew-up in and America. The live and filmed sections show the immigrant mind precariously suspended between two conflicting cultures. The tech messages emphasize that split.

Samir believes that “Arab culture and American culture currently don’t want to understand each other.” His chatty texts distract us from the intensity of his feelings, revealing a deeply rooted division that drove him away.

On film, his children, Dina (fiery Ibrahim) and Yusef (subtle Ramiz Monsef), are embroiled in a brother/sister rivalry that reflects feuds between countries and religions. Like feuds, the characters become stuck, repeatedly attacking each other, preventing growth and development.

Thoroughly adopting U.S. culture, Dina, a New York lawyer, is married to a woman; while her brother Yusef stays in California, raising two children. Dina rarely visits Yusef, asserting an immigrant woman’s independence and empowerment. But her alienation and grievances make her harsh and unyielding—really the subject of the piece.

When her mother Hala (Torange Yeghiazarian), appears in FaceTime, she suggests that Dina make humus; but Dina revolts, bitterly. Hala still accepts the Islamic restrictions on girls and women, infuriating Dina. While Yusef was free to smoke pot, trash a car, and gets 2/3 of the father’s will, Dina demands love and recognition. Yusef feels guilty about the traditions, and vainly argues against Dina’s reprimands.

Marti Grimminck’s tech innovations are ingenious. The texts, cartoon reveries, and lots of  phone calls often interrupt the flow of the story, while attempting to make the experience interactive. Although we are a bit dizzy in the beginning, wondering where the play/film will lead, Director Kate Bergstrom keeps the complex tale focused on questions of culture and family.

The family also admits to regrets. When Dina and Yusef imagine making other choices, he reminds us all: “You can’t pick and choose. It’s all interconnected.” They are held in the cultural in-between, wishing their lives were different. Even their father’s brilliant mind could not forsee the future—his exit from the old world has led to unforeseen trouble in the new.

Ibrahim’s experiment shows how the uprooted father’s brilliant contradictions rise again in his children’s conflict, and his wife’s peacemaking.

We can agree with Samir when he says: “How do you find the beginning? Maybe it comes at the end. There are things I would have done differently. Looking back. But I didn’t always have the choice … you think you have time. But really, time has you.” 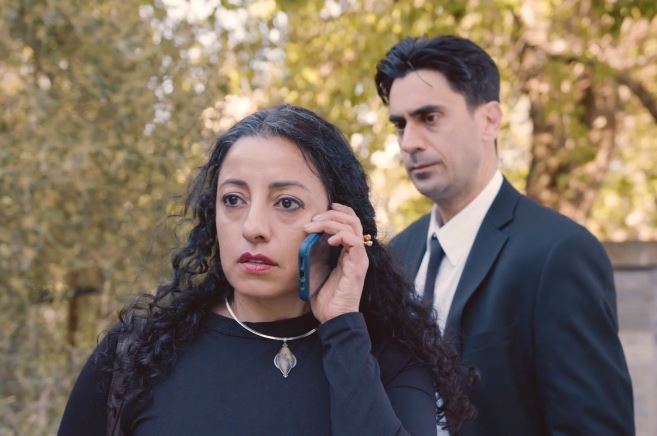