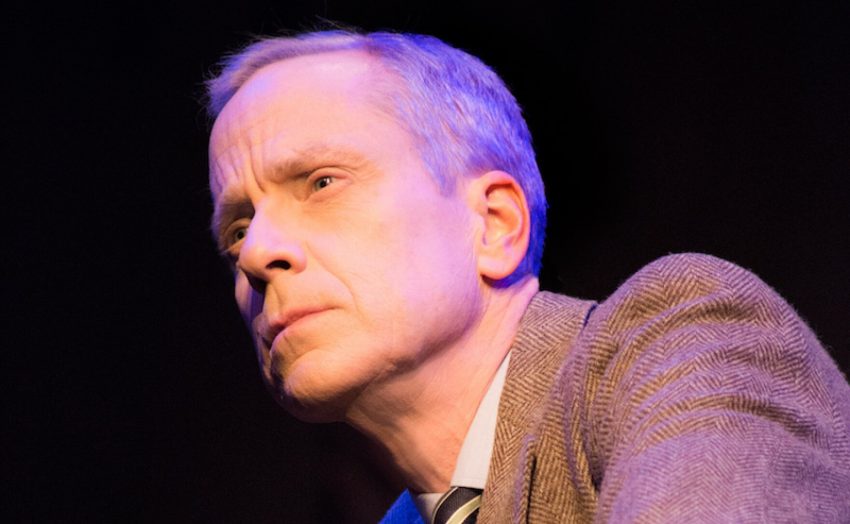 In his latest one man play, John Fisher takes us on a bike tour in Manhattan, telling the story of a brutal rape in Central Park and the false, race-based accusations by Trump and Giuliani. Fisher makes his bike ride into a piercing analysis of U.S. dysfunction.

As our hero rides with camera and mic, he points out imposing high rises and iconic skyscrapers.  He cycles by lofty edifices to contrast the lives of the rich with the New York workers’ lives. Fisher treats us to architectural wonders in his plays, but this time his tour is more ominous.

On April 19, 1989, Trisha Meili was beaten, raped, and left in the park to die.  In “Central Park Jogger,” Fisher recounts the trial of the five poor Black and Latino youths who were convicted of that crime in a huge “show” trial—without any real evidence.  The public was all onboard.

New York police had coerced their confessions. Four served five years but it took thirteen years for Corey Wise to be freed for a crime he didn’t commit.

Ignoring their rights to a fair trial, Trump took out huge ads in the New York Times demanding their conviction. He was joined by Mayor Rudy Giuliani who condemned them in the press.

It sickens me to this day, as Fisher recalls his lawyer father stating, “Where is the evidence?”  Clearly, the trial was all about racial prejudice and not about justice for Trisha Meili.

Fisher says that our job is always: “to listen and find the truth.”  I agree with John that our national survival depends on learning to separate fact from fiction and not let media rants control our thinking.

One aspect I love about Fisher’s plays appears in the balance that he brings to a plot. Fisher talks about Naomi, a friend from graduate school, who told her friends that she was raped. Yet, unlike the Central Park rape, he learns that Naomi’s story was a lie.

Fisher’s inclusion of Naomi’s story at first confuses me. Is it a caution that we must not let ourselves be deceived by unfounded assertions? But Fisher does not give us any easy answers.

Of course, no one admits to being an abuser or racist, but these acts remain deeply embedded in U.S. life.

Fisher shows us how our minds work under public pressure, how easily power brokers and extreme stories control us. Even before Facebook, we all suffered from “social contagion”—the urge to jump on the bandwagon—especially when it supports our deepest beliefs.

Objective thinking is in short supply.

“The Central Park Jogger” provokes us to start sifting truth from lies. Take a ride in the park with John and ponder these questions with him—it’s a fine and rewarding trip.