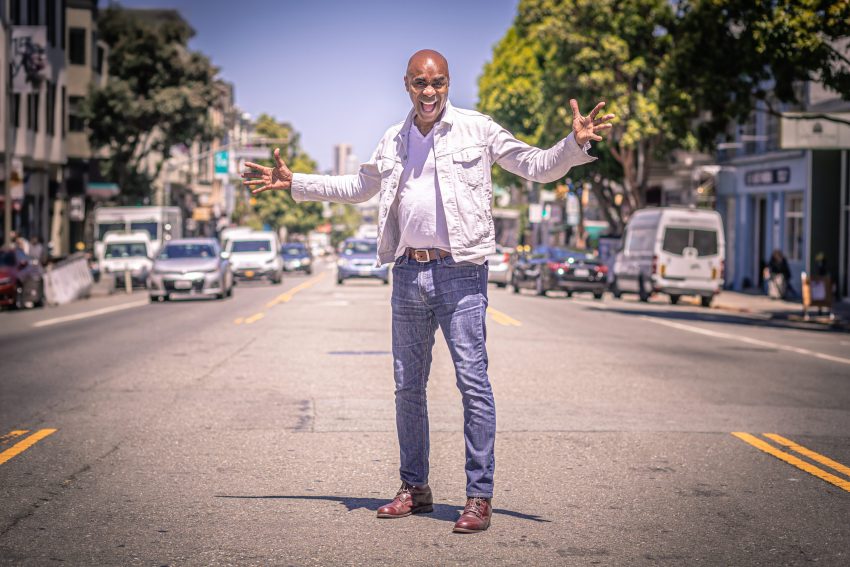 Don Reed truly does it all. Star of TV and film, he writes, acts, produces, directs, and does standup comedy—all with great presence and indisputable warmth.

His solo show at The Marsh, San Francisco called “Going Out” is simply sidesplitting: Reed’s grace draws us to him. He is charming, funny as hell, vulnerable, poignant, and deeply authentic. Waiting in line to receive his second vaccination shot, Reed muses over a lifetime of hysterical and touching stories. After two years of COVID isolation, Reed reveals what going out really means to us all.

Reed is King of physical comedy. When he mimics enforcing a 6-foot distance and applies hand sanitizer; we are in stiches. When he finally speaks, he says, “I’m not a germaphobe, but I AM OCD.”

Born and bred in Oakland, Reed was raised by a Jehovah’s Witness mother and a pimp father—a one-of-a-kind pedigree. Reed draws from a rich comic well, recreating his Oakland life with a refreshing burst of reality.

Using mostly great music from the 70s (with the gross exception of the 1976 hit “Afternoon Delight” by Starland Vocal Band), Reed sets the mood with knockout dance moves and raw physicality.

A natural comic, Reed uses his whole body in narration—his facial expressions, his movements, his voice control—even his hands speak volumes. He underlines the humor with eloquent emotional dexterity. He turns on a dime, from joking to gut-wrenching heartbreak without skipping a beat.

Reed recounts the time his father took him to Cal’s Sproul Plaza to a Vietnam War protest, where Dad played his conga drum. Reed reenacts the sound and motion of the drumming, and the intensity of the moment. When his dad finishes, his hands are covered in blood. Reed explains, “…sometimes you ‘go out’ to fight.”

Clearly a brilliant young man, Reed becomes a prize-winning debater. We get the sense of a kid consistently surpassing his own expectations. Luckily, his beloved Professor Tim Miller guides him to classes, debate contests, and UCLA, where he never expected to go. Miller reminds him that he must represent Oakland, always.

In countless comic portraits, we see a younger Don Reed trying out a new dance outfit—tight leggings, western vest, and cowboy hat. The youngster is oblivious to his fashion faux pas, but his friends set him straight. His self-deprecating humor and self-revelation are sweet.

Reed has moved up through the COVID line and is now getting the shot. He asks us directly: “Did anything good come out of COVID?” He answers that our collective COVID “Time Out” allowed us to see the George Floyd horror in real time. He wonders if we were not all trapped at home watching, would Floyd’s brutal murder have had the same, universal impact?

And perhaps the lockdown made us more compassionate toward victims of COVID and AIDS, too.

Don Reed is one sharp and funny guy. “Going Out” is a comedy of manners enacted by an alluringly gentle and astute man. I feel like a better person after seeing Don Reed’s show.