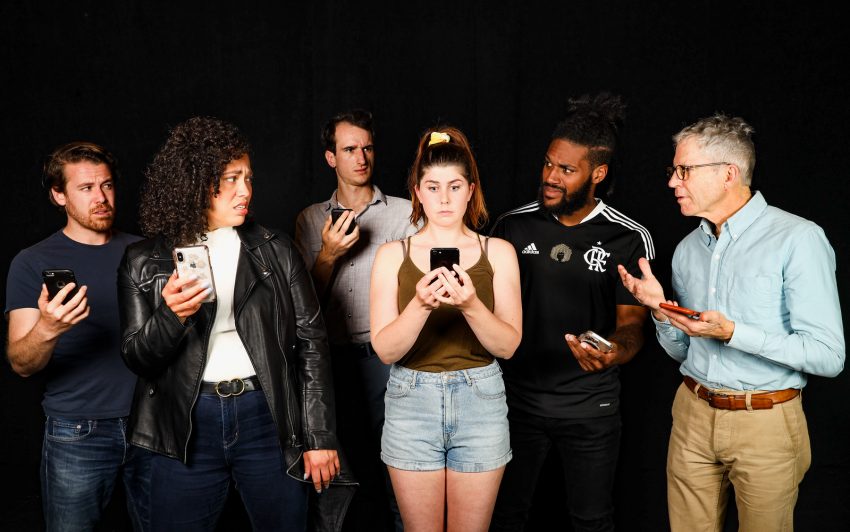 “Boys Go to Jupiter” should be mandatory for every white person in America to read. Word for Word amplifies Danielle Evans’ short story  by creating a defiant, live version on stage.

In a story designed for the Caucasian crowd, Evans illustrates how white guilt can slip into outright racism. Evans encourages less-melanated folk to remove “ego” from their “guilt.”

Racism stories usually pit a BIPOC main character against a European American who is obviously racist. But Evans’ story gives us a new lens on the epidemic of racism. She creates a world with a white woman main character who fights with a Black woman who is blocking her path to happiness.

The first five minutes watching a Word for Word show is like solving a fun puzzle! As the actors play out every word from the story, we try to figure out who they are and what’s their goal—even the descriptions get narrated.

As Claire, an upper middle class teenage girl, Ciera Eis throws herself into the story, no holds barred. When Claire’s hick boyfriend Jackson (energetic Brennan Pickman-Thoon) posts a pic of her in a Confederate flag bikini, she claims she does not know why it’s such a big deal. Plus, she didn’t even post it! Eis gives Claire a disgusting air of entitlement, making sure we cannot empathize with a clueless Claire.

When her Black college dorm-mate Carmen (expressive Aidaa Peerzada) harasses her over the offensive photo, Claire gets even. She slips a photo of the Confederate flag under Carmen’s door, reaping a tornado of accusations and blame.

To her it’s just a stupid flag. Claire doesn’t get it, and she’s too arrogant to admit her ignorance—a funny situation—making us remember how many people like her are still around.

In this country, white guilt often leads to white ignorance. Instead of talking to Carmen or doing research, Claire starts to identify with the flag. It’s her way to avoid apologizing and admitting her unintentional racism.

“Boys Go to Jupiter” is challenging to watch because this story ain’t nothing new to BIPOC. We’ve dealt with many Claires and now we are watching her onstage. How annoying—but necessary!

Claire’s white guilt transforms to hate right before our eyes. Frustrated, Claire casually dismisses the damage she dishes to Carmen. With the help of a media-hungry Libertarian Club member (smooth Evan Held), she transforms herself into an intentional racist.

Short-story writer Evans cleverly includes the “I’m not racist. I have Black friends” trope, too. Claire grew up with a Black best friend, her BFF Angela (animated Ije Success). Their friendship illuminates Claire’s innocence. How could Claire be racist, when we see her frolicking with Angela and her brother Aaron (sympathetic Tre’Vonne Bell)?

I hear the audience laugh, but these “funny” scenes mold Claire into a dangerous woman. Claire’s entitlement and fragility make Aaron want to help her, at his own peril. As the childhood teaser goes: “Boys go to Jupiter to get more stupider.”

Claire is certainly drawn from real life—there are so many Claires amongst us, sitting with us. After watching “Boys Go to Jupiter,” I hope more European American writers will reveal stories around their harmful white guilt—so we do not have to.

Word for Word starts their post-Covid comeback with a powerful, intense, one hour show. They waste no time and take hold of our imagination—highly recommended.