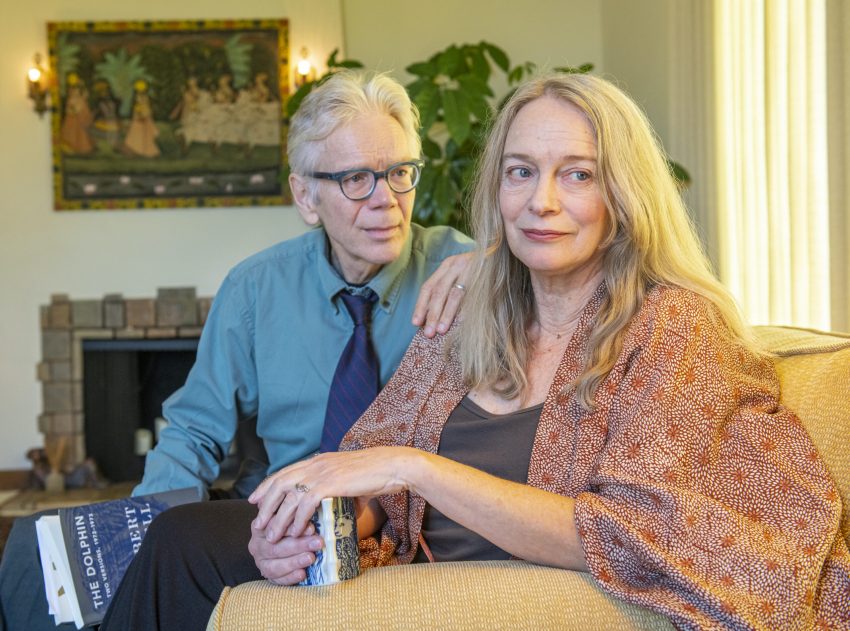 There are two myths that haunt the modern artist. One is that the good artists copy, but the great ones steal. The Beatles took liberally from Black American culture and became the gods of pop music. So did Elvis.

The other is the Romantic belief that all artists suffer. Great poets, it seems, must be indulged more than the rest of us in order flourish.

Put the two ideas together, and you realize why popular history is rich with artists crafting a hellscape for those who love them. Playwright Lynne Kaufman explores—and explodes—the subject in “Poetic Justice,” at The Marsh, San Francisco.

“Poetic Justice” features two one-acts of two couples. They’re both obsessed with the idea of greatness, and both are caught in master-servant roles. Charles Shaw Robinson and Julia McNeal play the two pairs vividly.

In Kaufman’s first short play, “You Must Change Your Life,” Robinson portrays Austrian poet Rainer Maria Rilke, a high priest of the Romantic religion. The two-hander focuses on Letters to a Young Poet, the famous collection of letters between Rilke and a young military school cadet named Kappus, who yearns to imitate his hero.

Kaufman borrows from Rilke’s histrionic questions: “Ask yourself whether you would have to die if forbidden to write?” As Kappus, McNeal comes off as naïve and innocent. Robinson’s Rilke is a sensitive, semi-divine, aloof creature, barely clinging to life.

The second play, “Divine Madness,” is more exciting. Famed American poet Robert Lowell (Robinson) comes to ask forgiveness—or simply a warm bed—of his ex-wife, the writer Elizabeth Hardwick (McNeal). Hardwick has her doubts about reuniting with Lowell. First, he cheated on her. Then, he used her private letters in his book of poems Dolphin. Lowell uses his manic depression as an alibi, but his actions are selfish. He’s a Boston Brahmin, after all.

Kaufman zeroes in on Lowell’s demands for attention from his muse, while tapping into her ideas. “Divine Madness” develops into a vivid and complicated debate between two exalted American writers. The couple vacillates between love and co-dependence, blame and regret. Hardwick emerges as a strong woman who pampers the poet-patient beyond any rational limits.

The minimalist setting of the play includes two chairs and a table, and a wooden storage chest that doubles as Lowell’s casket. The flashy spectacle of words contrasts with the modest setting. Both couples take shelter in language—but in both cases, the master poet ends up dead.

Despite its title, “Poetic Justice” seems to share some of Lowell’s obsession with “great art.” However, at a cathartic moment, Hardwick loses her composure. McNeal plays the surge of rebellion beautifully: “You had no right to use my letters,” she bites. “I didn’t use them verbatim,” he cowardly retorts.

Packed with lyric poetry, these two plays invite us to reflect on life giving birth to art, and on art destroying life. It may be tempting to hatch a career by pitching your inner voice against the cries of your loved ones. But the human costs, Kaufman shows, can be terrifying.