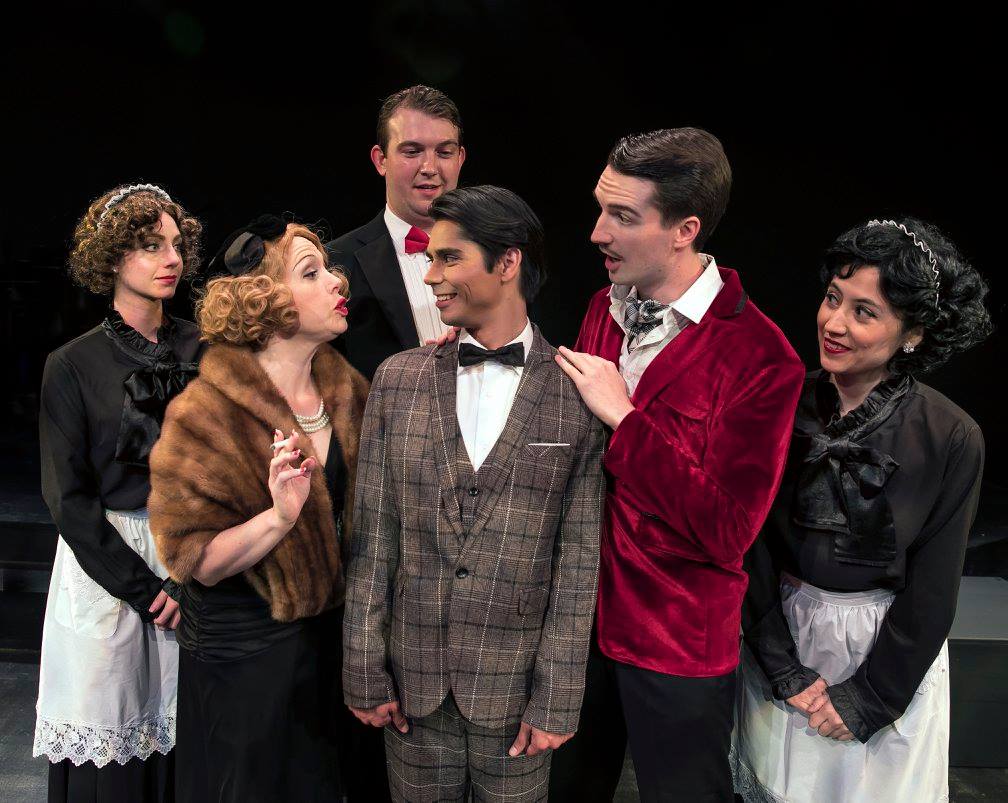 “Castle Happy” provides us with many happy moments as we meet William Randolph Hearst (skilled Leland Morine) whose excellent baritone brings power and gravitas to Hearst’s character. He is paired with the wonderful Cindy Head, who plays Hearst’s mistress, the vivacious Marion Davies.

The beautiful 1930s costumes showcase the exquisite sense of style of  Director Clay David, who is also the Costume Designer. The set is bare, with only a black box for seating, standing, and singing—in front of a small stage with a grand piano. The simplicity makes us focus on the actors and their singing, as we are swept up in the machinations of an elite weekend at Hearst Castle at San Simeon.

Hearst and Davies are joined by their famous guests, glamorous Bette Davis (outstanding Kim Schroeder Long) and her romantic interest Errol Flynn (debonair Nathaniel Rothrock). Flynn is openly flirtatious with everyone who enters, without reference to age or gender.

The long-suffering Bette Davis expresses her dissatisfaction with Flynn in my favorite song of the night, “Something’s Strange Here / I’ll Never Show the Pain,” sung with Hearst and Davies. Schroeder Long just completed a very successful run as Rosemary Clooney in “Tenderly, The Rosemary Clooney Musical.” She is delighted to recreate another Hollywood luminary with her depiction of Bette Davis.

The opening piano piece played by the talented Kim Rankin gives the audience a wonderful introduction into the mind of composer Jeff Dunn. I was transfixed by the piece and believe it deserves a broader treatment in another setting. It is an intricate, sophisticated composition that transports the listener and surprises and delights at several junctures.

The show opens with Arthur Lake (the dynamic Stephen Kanaski), an aspiring movie actor, arriving by train. He wonders what he is doing there, as he sings “Lost in the Fog.” Kanaski sparkles like an early Jimmy Cagney, clicking his heels and doing a little dance. Lake finds a romantic interest in the captivating teenager Patricia Van Cleve (up and coming Autumn Allee). Their duets are sweet and endearing.

We laugh and chuckle at the antics and machinations of these fabled Hollywood legends. The musical suffers from a bit too much story, which often leaves some songs indistinct and the action a bit disjointed. In his opening remarks, lyricist Jeff Dunn explained that playwright John Freed and he were still making changes.

Clay David’s solid, sparking directing adds “Castle Happy” to his long line of hits. The fast pace, the enthusiastic acting, the spiffy period costumes, and the brilliant comic timing clearly emanate from Clay David’s sure hand. “Castle Happy” chronicles an extravagant time that has many parallels to the present. I recommend that you catch the train for the next performance of “Castle Happy.” 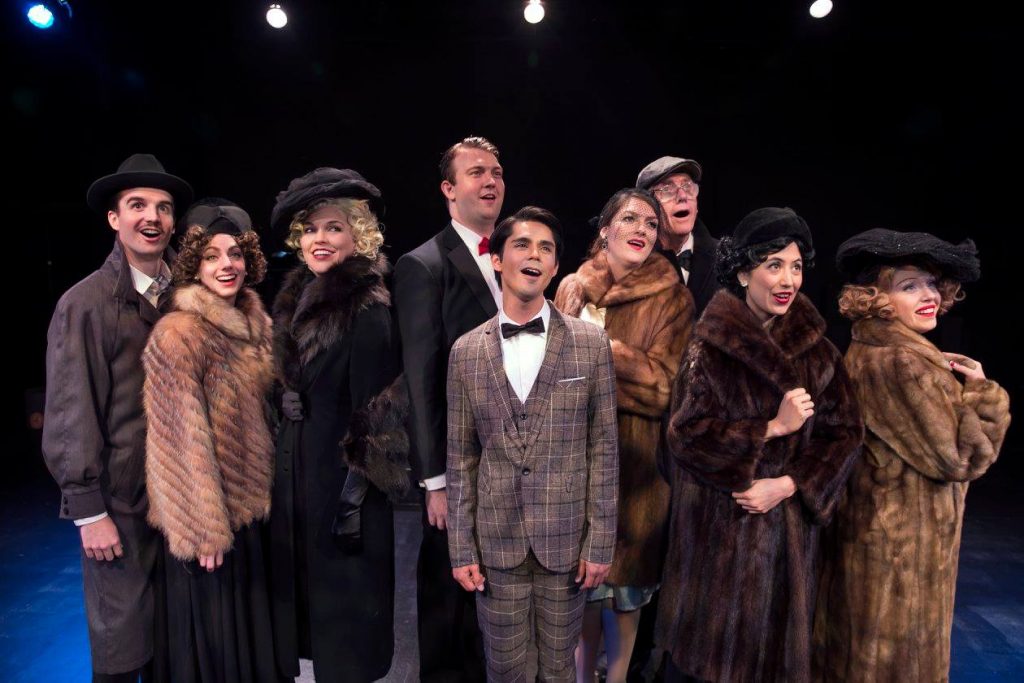