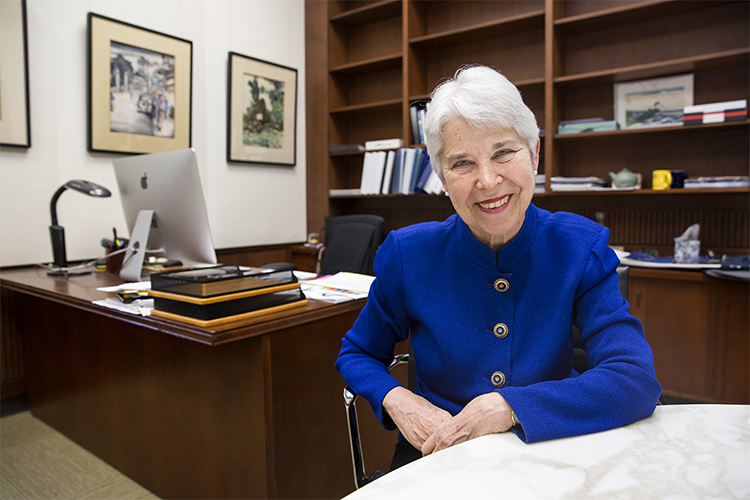 Zellerbach Playhouse at U.C., Berkeley hosted an historic event on July 14, 2017, when Berkeley’s first female Chancellor Carol T. Christ revealed her plans for a campus renaissance. Though not a theatrical work in the usual sense, the stage made for a powerful platform for Chancellor Christ. She promised to resurrect the principles of free speech that made U.C., Berkeley a beacon for free expression and a target for attack.

While Professor Christ was teaching at Cal, Bear  students and faculty risked their lives and futures for free speech. Carol Christ served as Chair of the English Department, Vice Chancellor, and Provost at Berkeley in the 80s and 90s. More recently, she was President of Smith College, a private woman’s college in Massachusetts, for 11 years. She points out that Berkeley, the home of the Free Speech Movement, presents a contrast with Smith, which offers many private spaces for conversations on current issues. However, she adds, “Berkeley is just the opposite.”

According to Christ, Sproul Plaza, the famed campus public space, has become a worldwide icon of Free Speech. If the Plaza is the public space, where are the private places for discussion?  How can the University encourage robust and sage discussion between opposing views? Christ responds by proclaiming next academic year a “Free Speech Year.”

Carol Christ talked about coming to teach at Berkeley in 1970, driving across country to the West Coast for the first time. She discovered that Berkeley was the place where history was happening. She fell in love with the intellectual excitement and diversity of Berkeley. She says, “I loved the fact that Berkeley felt like a place where history was happening—political, scientific, intellectual. Berkeley is a place that matters; some say it matters more than any university in the world.”

If you go to the Mario Savio Free Speech Movement Café on Campus, you will see a display of news articles about the FSM. Since the 1960s, U.C., Berkeley has been a cornerstone of Free Speech and innovative ideas. When the Vietnam War provoked widespread student protests, the University tried to ban political expression. In 1964, 10,000 students went on strike and 800 students were arrested. Even in 2017, Cal is confronting violent protests against controversial speakers.

At the Free Speech Movement Café, you will see giant black and white photos of Mario Savio standing on top of a police car addressing hundreds of students. Savio’s famous speech requires that we listen to each other more. The fight for free speech is still not over. But what is free speech without someone there to listen?

To strengthen conversation, the new Chancellor wants to enhance the undergraduate experience. Christ intends to overcome divisiveness through greater unity and tolerance. She aims at accommodating debate between people with clashing views on political and social issues. She wants to “take back the narrative” by bringing opposing ideas together, safely.

Christ plans to make progress on diversity by inviting more voices into the debate. In addition, she wants to expand critical research in medical, energy, economics, climate change—the list goes on. She also plans to make Cal’s famous researchers more available to students. Berkeley is poised to create even greater social impact on the future.

Zellerbach Playhouse hosted the new Chancellor’s speech for the 30th Annual Wheeler Society Luncheon. She followed up by adroitly answering questions from the audience of alumni, asked by Kevin Crilly, Director of Gift Planning. The second half of the event was a luncheon Gala held in the Martin Luther King, Jr. Student Union with performances by the Cal Marching Band and the String Quartet.

Free Speech displays itself on and off the stage, in our writing, stories, and everyday conversation. Next year, the 150th anniversary of the Berkeley campus, Carol Christ will honor the tumultuous history of Free Speech. She looks forward to expanding students’ access to housing, research, and expression. Bravo for the new Cal Chancellor, who presented her plans with warmth and wit.