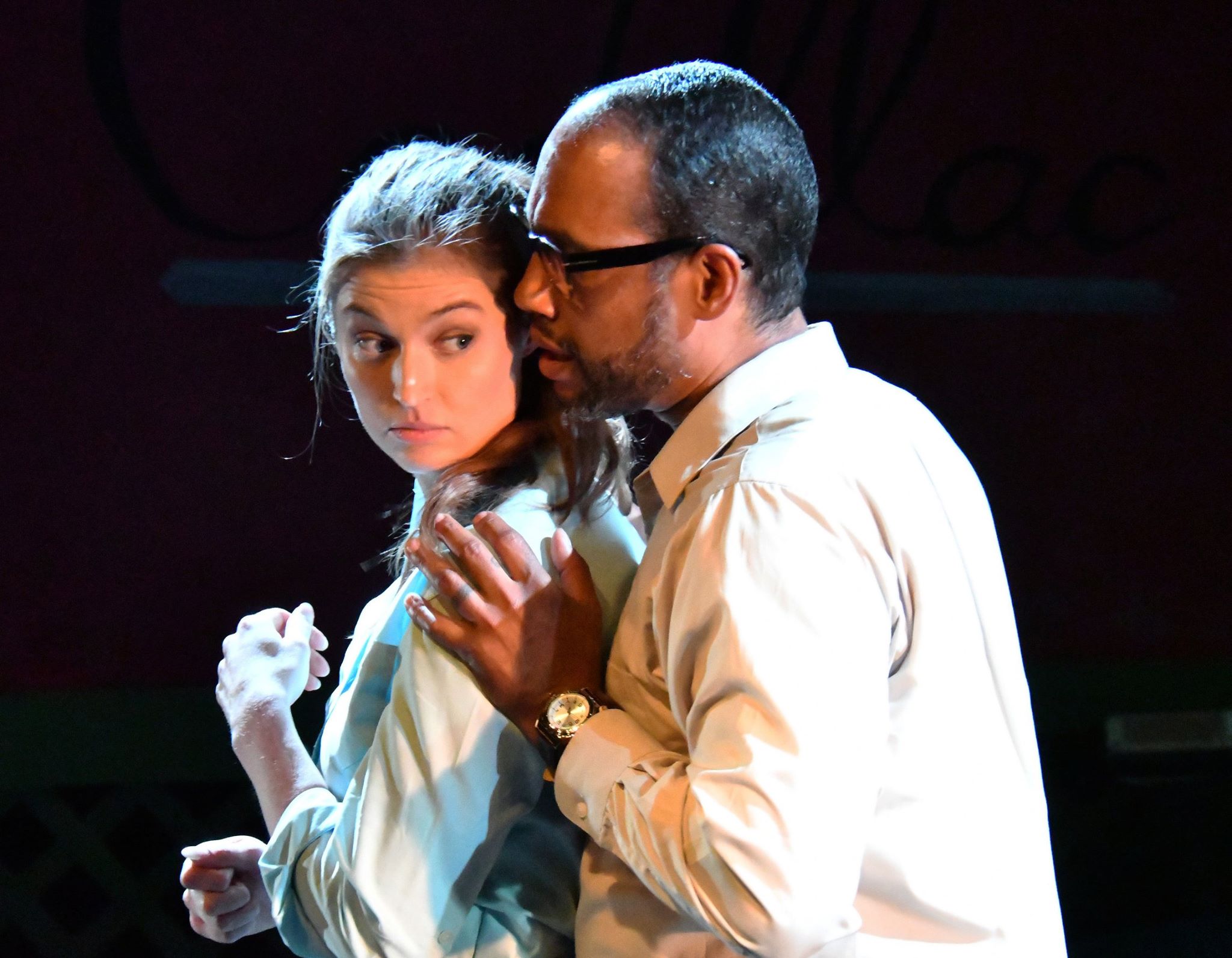 Learning to drive, like sex, is a rite of passage. In the new production of Paula Vogel’s “How I Learned To Drive” at Custom Made Theatre, director Katja Rivera points out that rites of passage can be dangerous and damaging. So dangerous, in fact, that we may not recognize the damage until it’s too late. Rivera focuses on the rituals that shape us.

Li’l Bit (the committed Amanda Farbstein), a young woman who feels uncomfortable in her changing body, is adored and admired by her Uncle Peck (the convincing Eric Reid). During intimate driving lessons that Peck gives the young girl, the adoration crosses taboos, and Vogel explores why someone might cross them. Vogel’s 1997 Pulitzer Prize-winning play treats the transgressions with delicacy, producing occasional laughs and nervous chuckles at unexpected moments.

The set by Tom O’Brien divides the stage into three parts. The left side is dedicated to car scenes between Li’l Bit and Uncle Peck. The center section is framed by large columns from which the actors emerge. And on the right side, we see the Driver Education “classroom,” with simple table and chairs. The sparse props and rapid scene changes lead to actors wandering into each other, which occasionally detracts from the story.

Katja Rivera’s direction does justice to the written word. Vogel is a straight shooter, especially when it comes to sex and sexuality, and Rivera channels that energy into relentless dialogue. The movement is so fast that the simple props help us focus on the core drama. The fast pacing contributes to a sense of blurred memory, where some of the details go missing.

The pace reaches the frantic, as we move back and forth through time, replaying scenes from Li’l Bit’s adolescence— and their embedded realizations. We learn how the transfer of knowledge between a teacher and a student, about control and power, changes the interactions between those two people.

Farbstein’s confident, assertive Li’l Bit, feels constrained when she’s playing very young. Even when weak and embarrassed, she comes across as sassy and self-assured. The power dynamic feels tilted in the wrong direction a bit too often: Li’l Bit has the upper hand, even when the characters are telling us the opposite.

There are a lot of tender moments between the child abuser and his victim. Vogel depends on the honest presentation of this forbidden love. “How I Learned to Drive” feels downright creepy at times because Reid’s Uncle Peck is gentle and endearing. He makes us forget we’re watching pedophilia and its consequences on stage. The consequences are dire: a child loses her innocence and a man loses everything. We witnesses the slow unleashing of carnage.

The Greek Chorus (Valerie Fachman, Gianna D. Rivera, and David Schiller) add fantastic color and context to the drama between Li’l Bit and Peck.  The Chorus switches identities constantly, giving us rough sketches of a sexist grandpa and conniving, awkward middle schoolers. They also provide the lovely 60s-inspired a cappella soundtrack. It’s a great comic distraction from the subject matter, making the story even more touching and moving.

The exchanges between grandmother, mother, and daughter feel genuine, capitalizing on the generational gaps. We slowly find out that Li’l Bit’s family refuses to acknowledge her sexual evolution in time to prevent disaster.

It’s a coming of age story told in reverse, peppered with the wit and ferocity of a woman unafraid to tell the truth about herself. Rivera’s production sails into seas of ambiguity about growing up, the lodestar of Vogel’s play.

We’re never really sure how Li’l Bit feels about the relationship with her uncle, not even after the striking emotional climax. Vogel suggests that if we don’t recognize our abusers in time, if we love and respect them for too long, we may end up becoming just like them. Custom Made Theatre has plumbed the depths with Katja Rivera’s complex and honest interpretation of Paula Vogel’s masterpiece.

“How I Learned to Drive” by Paula Vogel, directed by Katja Rivera, by Custom Made Theatre, San Francisco, through Saturday, October 7, 2017. Info: custommade.org