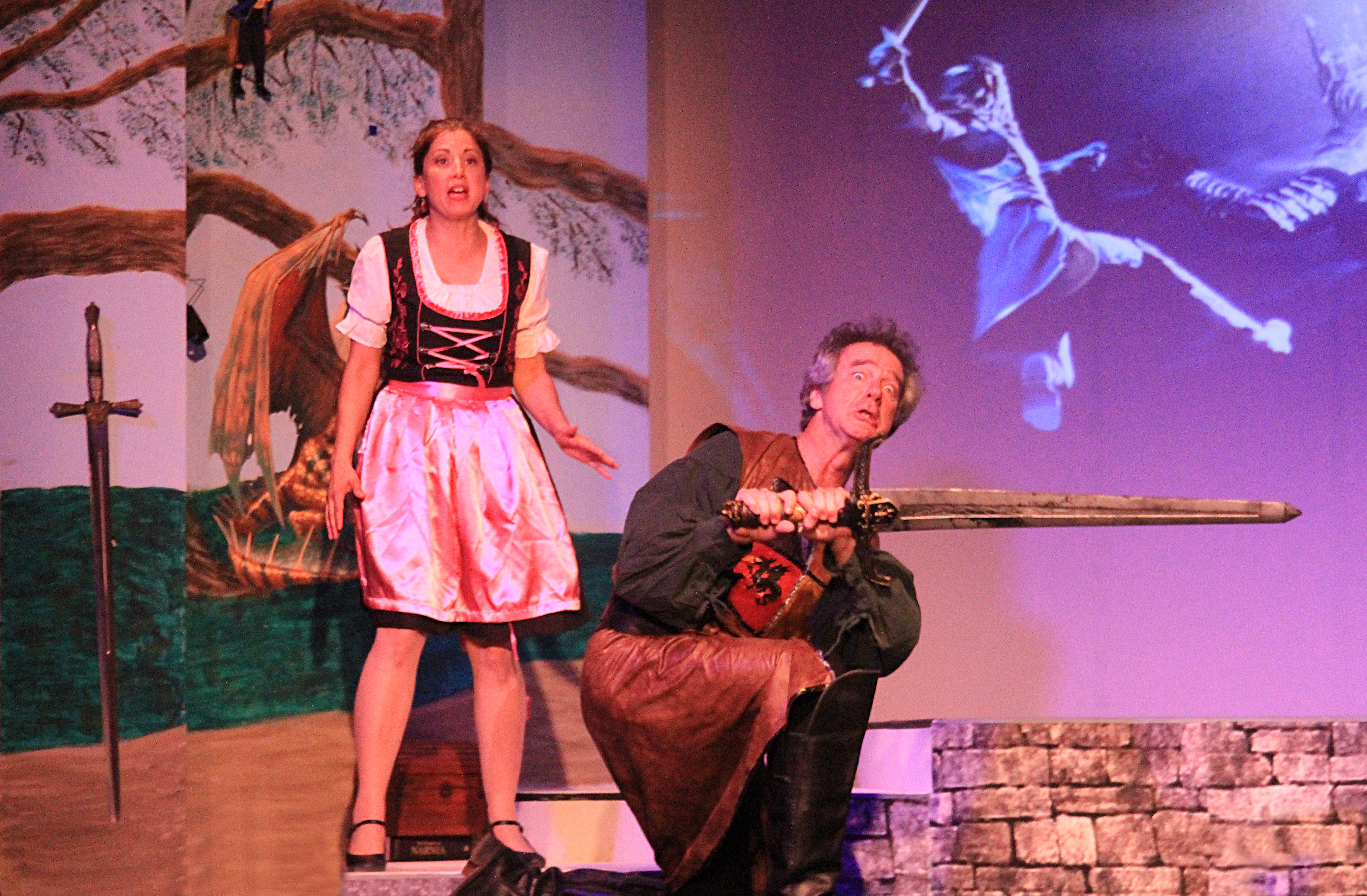 Dungeons and Dragons, the central nerdy reference, is a role playing board game about an imaginary medieval quest with friends. David Templeton’s two-hour narrative features the talented Melissa Claire as Pinky and playful Larry Williams (alternating with Jeffrey Weissman) as David. While Pinky and David each tell their side of the story, they also take turns playing the supporting roles of other members of their D&D crew.

Ashley’s meddling advice and romantic ideas drive Pinky and David together. The play is a memory piece, in which David recalls his teenage antics from an adult point of view. Since the result is a continual narrative flashback, Ashley’s funny valley girl accent brings a welcome change of tone.

David and Pinky’s youthful but naive romance reflects adult dating styles. Pinky makes a checklist for her potential perfect Prince Charming. Her “P.C. list” highlights the expectations and pressures of heterosexual dating. I empathize with David as he frantically tries to keep up with all the items on her elusive list of “required” traits in a boyfriend who will “crack open her world.”

Templeton’s surreal fairy tale is inspired by Jean Cocteau’s 1946 film La Belle et la Bette (Beauty and The Beast). Pinky and David reenact moments from the movie in place of actual dialogue between them. As the Beast, David differs distinctly from Pinky’s fetishized Prince Charming. However, they never exchange dialogue as themselves.

Clips of the black and white film flash across the large projection screen which covers the back wall of the stage. Like a Power Point presentation, the images of Dungeons and Dragons creatures accentuate the narrative, as the adult David recalls his first infatuation.

Melissa Claire takes us on imaginative quest, as she searches for her Prince Charming. She charmingly transports us through the mall, the coffee shop, and the cemetery. We feel the excitement rise as her eyes widen and she vibrates with energy.  But, ‘tis still storytelling and recollection, light on the drama.

Act Two comes to the rescue with an action packed imaginary sword fight over an imaginary rushing waterfall in the mall!  The droll D&D costumes, made by Ashley, finally show up. Melissa Claire who actually designed the costumes, dresses David in a handsome knight’s gambeson, complete with tights—as he slashes his way toward Pinky.

“Pinky” shows us that love can find us when we least expect it and could be with someone we least expect. Ultimately “P.C” checklists dilute true love. By the end of the play, we see David and Pinky all grown up and we learn a happy ending goes beyond fairy tale. After all, reality does lead to true love.