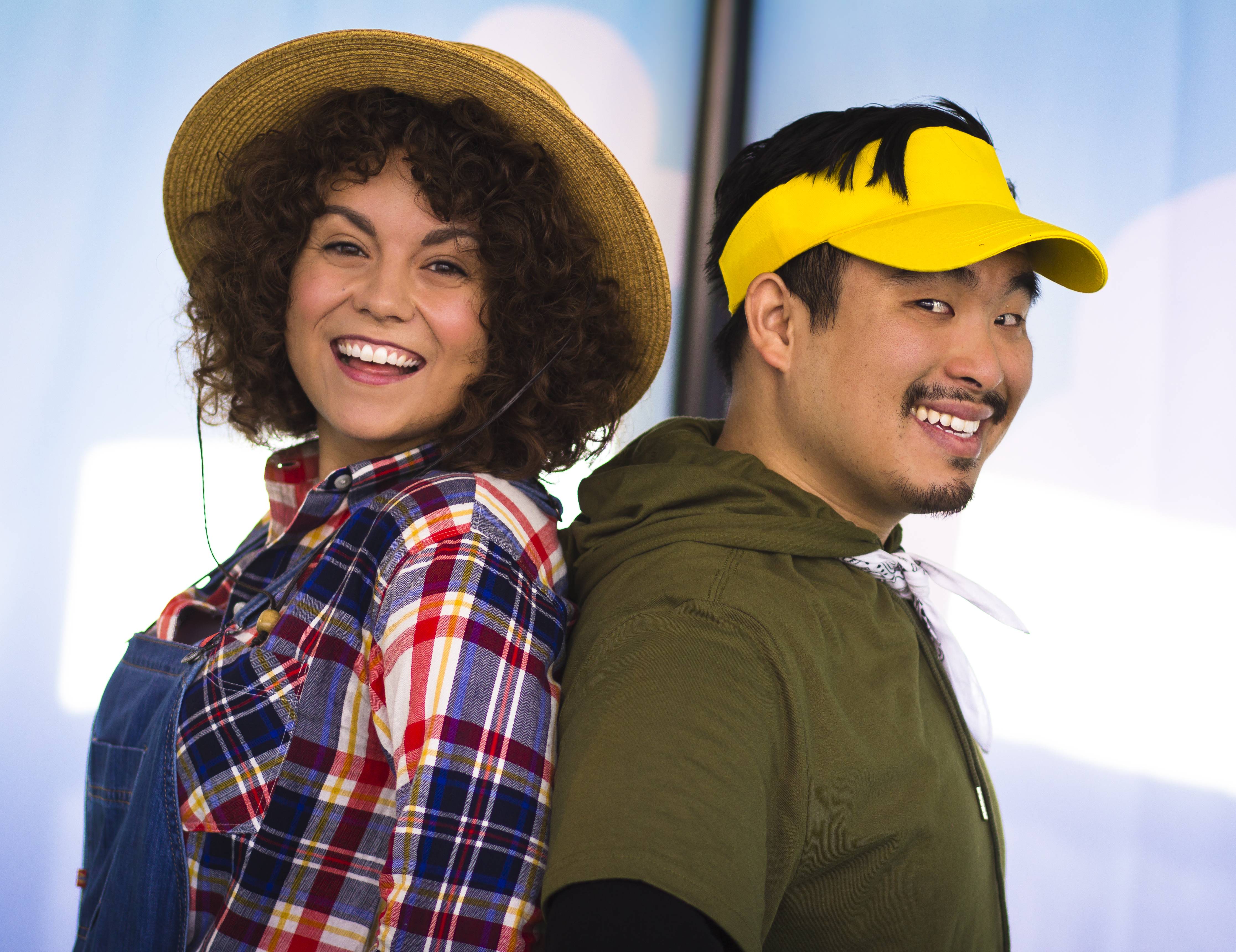 It’s Duck’s birthday and he couldn’t be more excited—until he learns that several good friends cannot make it to his party. Seagull, Pigeon, and Parrot send letters to the farm, informing Duck that, unfortunately, they are not able to make the trip.

Old MacDonald (engaging and disarming Jackie Kappes) sees how disappointed Duck (talented and multi-faceted Paul Wong) is, and decides to go on a secret birthday mission. She sets out to find Duck’s three pen pals, and bring home a birthday present from each. Hence the name “Old MacDonald: Beyond the Farm”—although MacDonald is neither old nor male in this show. As always, BACT makes the story fresh and surprising.

Creators Nina Meehan and Simon Trumble are veterans at crafting compelling productions for very young audiences. And they deliver a particularly heartwarming and engaging show with “Old MacDonald.”  After a sing-along opening, toddlers are invited to open Duck’s mail and read the unfortunate news with the help of a parent. Together, the audience discovers that not only will Pigeon be missing from the party, but so will Seagull and Parrot (All played by versatile Paul Wong).

There are many other back and forth exchanges that invite kids to participate. And while the room is often silent after a question, it’s clear the gears are turning. There are hands-on elements woven in as well, like learning to fish, using imaginary fishing poles, with Seagull, and making pretzels with Pigeon.

It’s also marvelous to see their simple, homemade props. Everything from MacDonald’s barn to Seagull’s island could be made at home, with a little creativity and patience. MacDonald’s little red wagon turns into a boat to get to Seagull’s island, a helicopter to travel to Pigeon’s city, and a safari SUV to reach Parrot in the jungle. Nothing is fancy, but rather demands toddlers use their imaginations to fill in the details. And toddlers do, with no coaxing, and without question.

You’ll recognize the actors who play Old MacDonald and the birds as the lovable duo from BACT’s “Teddy Bears’ Picnic,” this past summer. Paul Wong particularly shines, as he moves from Duck to Seagull, Pigeon, and Parrot. Each character has its own distinct costume, dance moves, personality, and accent.

During the last stop on the secret birthday journey, the actors even show off their music skills with perfect pitch harmony and ukulele accompaniment. This latest show in BACT’s “Theater for the Very Young” series is a must see. While it’s designed for 6 months to 3 years, slightly older kids will get a big kick out of it too.