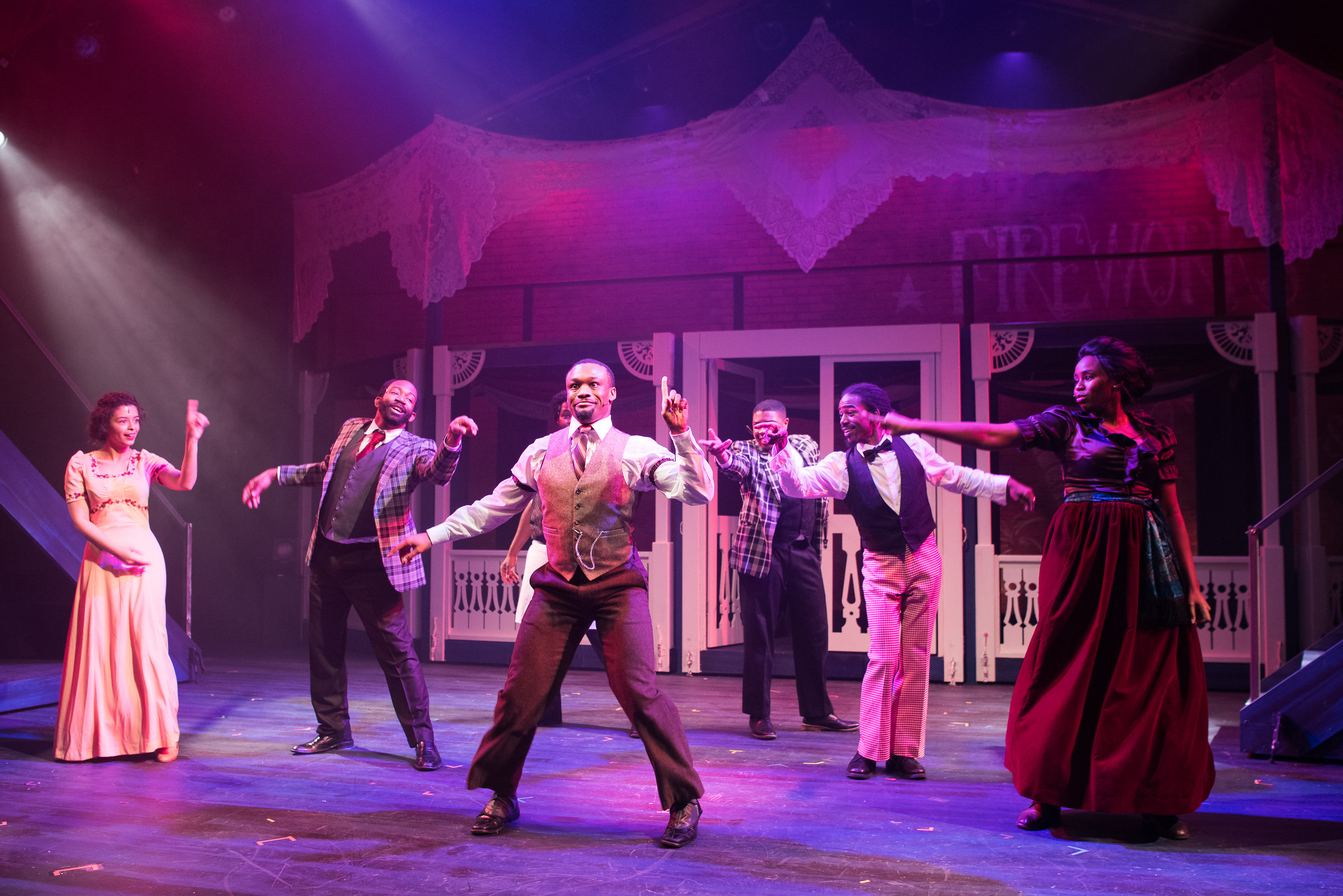 Based on the famed novel by E.L. Doctorow, with show book by Terrence McNally, “Ragtime” takes us to three historical sites: first, suburban New Rochelle, New York; then to the African American Renaissance in Harlem; and then to the  immigrant tenements of Manhattan’s Lower East Side. It’s New York in the early 1900s springing to life in front of our eyes.

The show opens with one child’s open hand reaching to another, with the reassuring words “It’s OK.” But everything is not OK at all, as we soon see.

Dave J. Abrams plays Coalhouse Walker, Jr., the Harlem jazz pianist, running the emotional gamut perfectly. Walker shows unbreakable spirit and will, as he confronts almost constant attacks and abuse, leading to an amazing and tragic series of events. Marissa Rudd plays Sarah, his beloved, belting out a remorseful Blues lullaby to her baby. Rudd sings powerfully about her agony as a single mom and an oppressed Black woman.

“Ragtime” conjures up New Yorkers who try to reach across cultural divides, while others struggle to keep themselves separate.

When I was a college student abroad in Ghana, I studied African dance and music. I was moved by the role music plays in building bridges between cultures. When I became a parent, I noticed an automatic knowing between mothers…and I concluded that music and maternity were both so inherently human to allow an easy conduit. In “Ragtime,” music and motherhood cross the divide between cultures: the song “Ragtime” “gives the nation / a new syncopation.”

In the musical, parents or guardians of children are the most inclined to understand their shared humanity. The song “Our Children” unites “Tateh” (Mischa Stephens), the poor immigrant Jewish man, with  “Mother” (Mindy Lym), a well-off Christian woman.

“Ragtime” gets bigger than the Playhouse stage because so many powerful peformances flash in front of our eyes. Add the excellent writing and complex, effective staging and lighting to make a major hit.  The orchestra and especially the piano work critically to create a Jazz Age mood.

Although the themes can be intense for youngsters, they are worth discussing with the kids. Berkeley Playhouse provides a wonderful “Family Guide” to discuss the show with children: family-guide.org