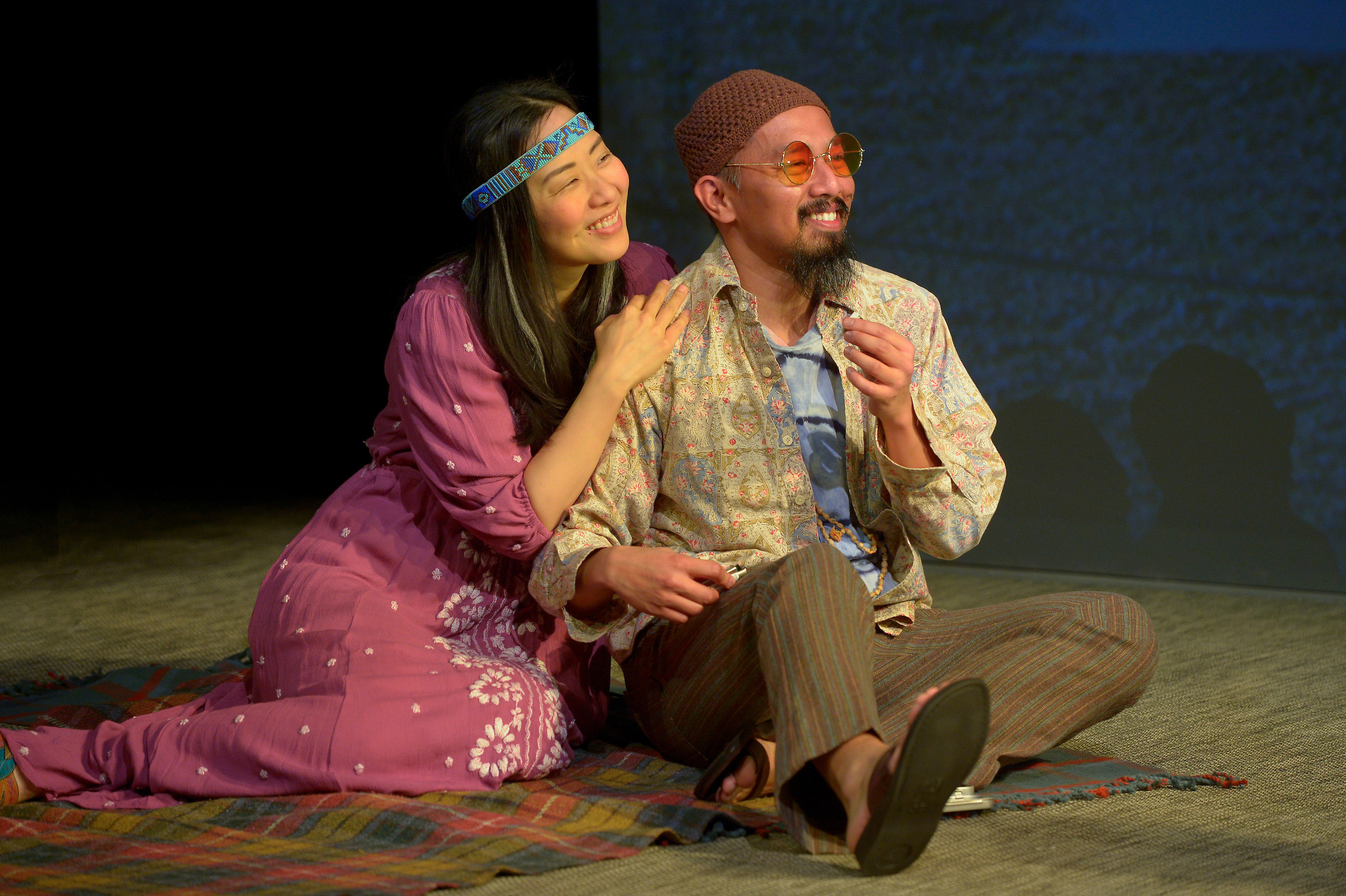 “Vietgone” turns America’s conventional view of the Vietnam War on its head. Playwright Qui Nguyen follows Vietnamese refugees who lost everything: family, friends, and country. The refugees find themselves marooned in the white, unwelcoming American heartland.  Imagine their shock when they arrive in the country that sacrificed 53,000 soldiers to defend South Vietnam, only to learn that Americans detest them.

Eloquent and powerful, the displaced refugees cling to each other in their desolate Army resettlement camp. What choice do you have when everyone you know is either lost or dead? You get strong or die inside. Meanwhile, Americans chatter, “Yee-haw, cheeseburger, and git‘er done.” “Vietgone” mocks our perverse slang–as it cascades on Vietnamese ears.

Quang and fellow refugee Tong (assertive, alluring Jenelle Chu) fall into lust, deny their love, but become lovers, anyway. Tong rejects the traditional Vietnamese role “where all I get to be is pretty, but not heard.” America “offers me something Vietnam didn’t, it offers me a chance to be me.” Janelle Chu makes the most of Tong’s character, a self-described “badass bitch.”

Somewhere in New Mexico, motorcycle buddy and “backseat bitch” Nahn (deft, poignant Jomar Tagatac) realizes that he is now the Other. Now he understands the scorned Chinese immigrants who live in Vietnam. “Hey,” Nahn says, “I don’t want to be an immigrant. They look funny. That’s like the Chinese back home. I hate the Chinese! I don’t want anybody to think I am a … Chinese.”

Tong’s Mom, Huong, (sardonic, funny Cindy Im) delivers one-liners better than Seinfeld.  She denies her age: “You know, white people look really old. White people age really fast.” After planning a desperate escape, Huong accepts permanent exile. She lights incense and prays for her “golden son’s” safety. Then with a simple hug, she tells her daughter Tong that she loves her—which really freaks Tong out. A friend tells me this scene punches closer to home than most Caucasians realize.

Sometimes jarring in its disjointed narrative, “Vietgone” challenges us to see that terrible, wasteful war through the eyes and ears of Vietnamese Americans. “Vietgone” is a thrilling cross-country spectacle that transforms our view of the Other.