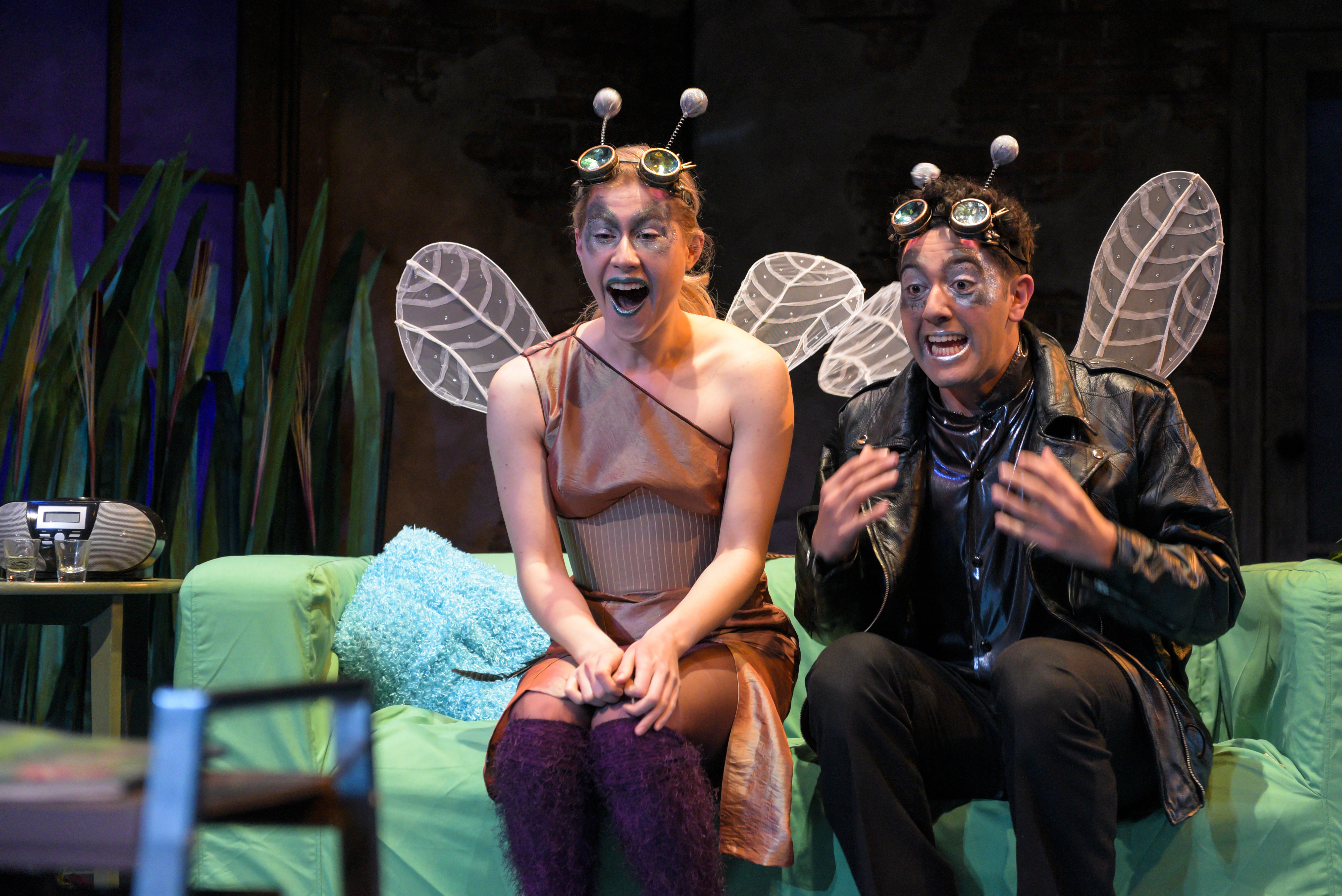 “All in the Timing” presents four short comedies that all focus on misconnections and the shortness of life. David Ives’ brief plays combine daily life and spurts of surreal humor.

Directed by Angelina Steshenko, “Time Flies” follows their brief, wondrous “common mayfly” lives. After intrusive naturalist David Attenborough (hilarious Julian Schwartzman) announces that they will live only one day, Horace and May spiral into a tailspin of mental breakdowns, existential crises, and a lot of bickering. Ives reminds us, we only get one shot.

In the first play, “Sure Thing,” directed by Carmel Suchard, Ives shows the comical interactions between two would-be lovers. Fresh-faced Betty (alluring Christina Nguyen) sits alone at a coffee shop, reading Faulkner. Tall, handsome Bill (versatile Patrick Yorkgitis) asks to join her. Multiple “what if” situations ensue: imagine The Twilight Zone on acid. Each incorrect answer is met with a bell, transporting us back to a fresh start.

When Bill and Betty have finally made equally good impressions, they can move on. “Sure Thing” perfectly captures the intricacies of human courtship with clever wordplay. Ives’ jokes leave us nodding in agreement. It really is “all in the timing.”

Jack and Jill become meme-able archetypes: the one that got away, an awkward ex-lover, and love at first sight.Director Ceylan Ersoy embodies the gap between dissonant spoken words and actual thought, with tongue and cheek humor. Wouldn’t it be great, if we could all have a personal narrator?

In “The Universal Language,” directed by Tanvi Agrawal, Ives begins with the fateful meeting of timid bifocal wearing Dawn (lively Danielle Altizio) and scheming Don (manic Patrick Yorkgitis). When Dawn knocks on the classroom door, she awakens Don from his deep slumber on the couch. She sets off a frenzy of dramatic movements: Don leaps up, re-arranges the room, and returns transformed from couch potato to sharply dressed tutor.

A chalk board takes center stage, creating a hilarious student-teacher interplay. Altizio and Yorkgitis display dynamic dance moves, as they play with phonetic rhythms. Their nonsensical babble makes poetic sense, and we understand that “John Cleese,” “Harvard You,” and “No Crayola” carry a deeper meaning. “Universal Language” shows how new words create new worlds, through love.