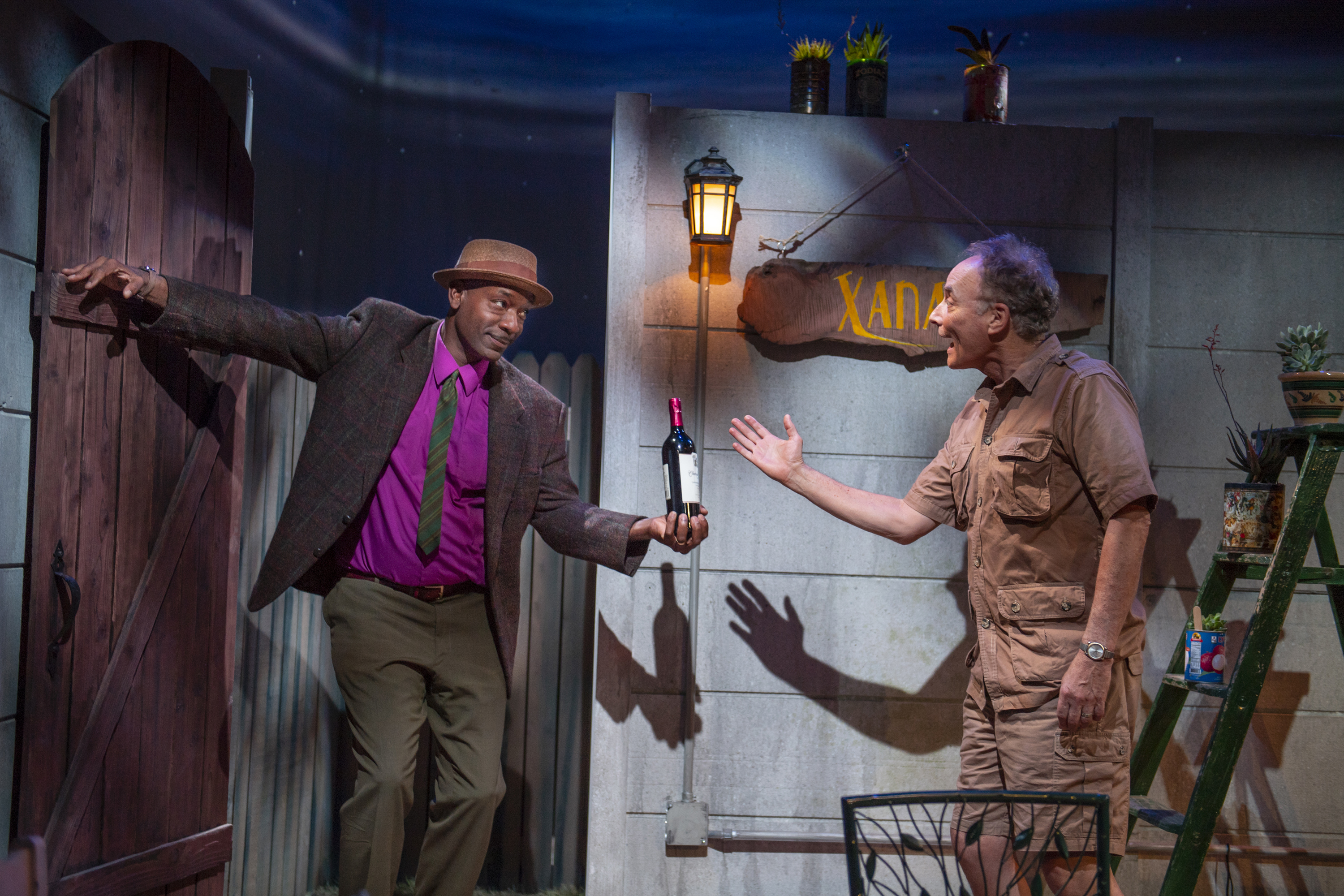 Piet spends his time taking careful care of the multiple Aloe plants that surround the stage, in their twisted green glory. Piet spares no expense in identifying and idealizing his Aloe collection. And he attempts to convince Gladys of the harsh plants’ inherent beauty.

The scattered succulents provide a burst of green in a otherwise neutral set. Their fleshy leaves and thorns embody the struggle in South Africa and Gladys’ fears. She sees the plants’ ingenious roots tying her to a country she considers not her home.

The husband and wife spend their time bickering and reminiscing on better days. Their fragile peace is broken by memories of police raids and overwhelming solitude. The South African tyranny and oppression looms in their bedroom and black yard, forcing Piet and Gladys to acknowledge the damage it has cost their relationship.

Poetry-loving Piet and apolitical Gladys hold opposing views on their native country, Piet likens Africa to the resilient Aloe plant, which survives under harsh conditions. But Gladys considers the country “shit” and yearns to escape.

The bleakness of their situation is broken by the arrival of Steven, who comes in staggering, dancing, and singing. The chemistry between two old friends, Piet and Steven, is electrifying, creating a pocket of joy in an otherwise barren, threatening world.

Yet, throughout the reunion, the question of betrayal lingers, casting doubt on Piet’s loyalty to the cause. Did he sell out Steven, who went to jail?

Differing versions of events tear apart the frail cloth of connection between Steven, Gladys, and Piet; until a revelation make us question who is telling the truth.

South African tyranny leaves no one unscathed. Steven’s imprisonment and racial separation force him and his family to flee to England, Piet’s perceived betrayal exiles him from his community. And Gladys’ loss of her personal diaries costs her faith and more.

Three actors at the top of their game deliver the emotional goods in the fiery second act. Fugard has fashioned a drama as gritty as it is gripping.