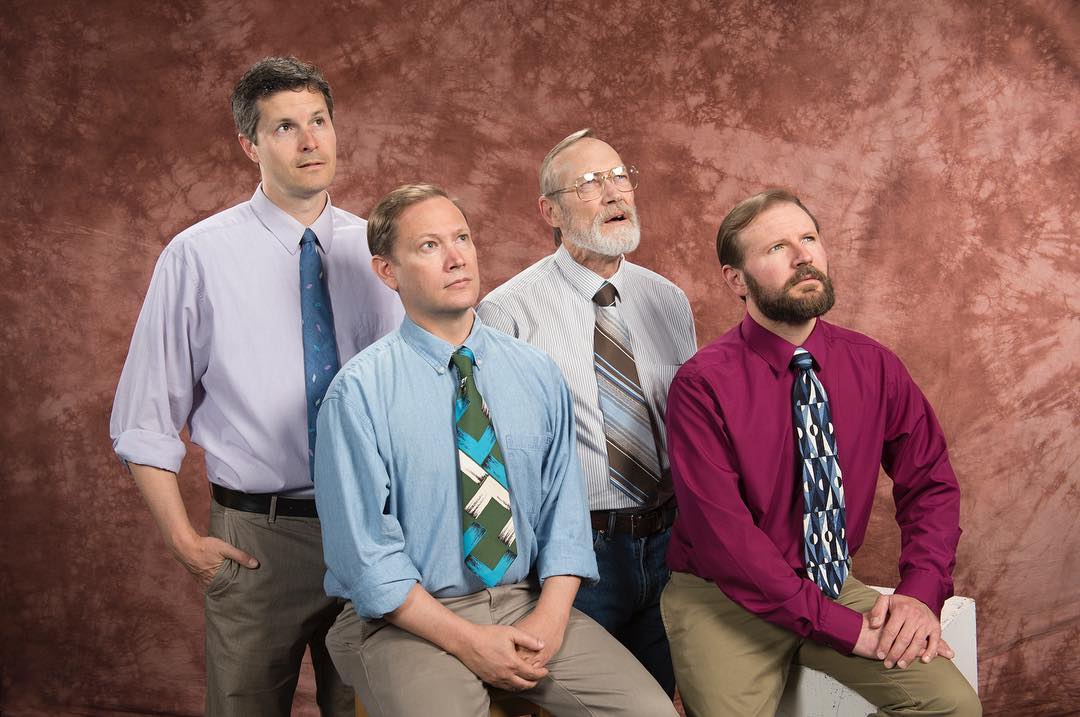 By now, we expect artistic director Jasson Minadakis’ Marin Theatre Company to bring us interesting new plays by exciting new playwrights. This month, they’ve done that with a flourish, wrapping up the season with a work by Young Jean Lee, “the most adventurous downtown playwright of her generation,” according to the New York Times.

While the title may suggest a polemic or satire, “Straight White Men” is a work of deep empathy. Lee, a fortysomething woman who came to the U.S. from South Korea when she was two, says she wrote her latest play when she tried to imagine being a heterosexual white male who retained Lee’s own knowledge and experience.

The three men who meet for Christmas at the home of their father, Ed (James Carpenter), a retired engineer, are bourgeois, well educated, with a strong sense of their benefits and privileges. Jake (Seann Gallagher) is a divorced banker; and Drew (Christian Haines), a successful author and tenured professor. But Matt (Ryan Tasker), the eldest, is working as a temp at a nonprofit and living with his dad.

After a somewhat slow start—the roughhousing and boyhood jokes in cartoon voices lasting just this side of impatience for me—the theme of the 90-minute, intermission-less play kicks in. Ed explains that Matt is home for a while to save money to pay off his student loans. After all, we find, he worked on a PhD for ten years before leaving to help rural villagers in Ghana. Matt is clearly opting out of fulfilling his potential. Why? And how can he say he is happy? Especially after he bursts into tears over Christmas dinner?

The performance begins before we get seated, as the effervescent J Jha dances in the aisles to extra-loud hip-hop music, singing lines like “My vag won best vag. Yo vag won best supporting vag.” Once onstage, he notes that people don’t pay to go to the theater to feel uncomfortable; we’re used to the privilege of being entertained, not pained.

Introducing his fellow Person in Charge (Arianna Evans), who doesn’t speak, he explains their gender identities and pronoun choices. (Jha prefers he, she, or they.) Their presence, either dealing with props or observing the action, reminds us that SWMs are no longer the norm.

Soon, though, it’s apparent the two are adding nothing, except in the Brechtian sense of reminding us we’re watching a play. Despite his/her/their introductory comments, the Persons in Charge aren’t creating discomfort, and neither is the situation of the straight white men.

Many of us can agree with one of the brothers that “Unlike women, queer people, and people of color, we can’t pretend we’re doing enough just by pursuing our own ambition.” This is the sensibility Lee brings to her play. She has said of herself, “It’s just taken for granted that my success is good for the world, and that that’s somehow enough….”

Jake decides that Matt has nobly stopped making use of his privilege and stepped aside to make room for someone with less. (“It makes me feel worse about myself but better about everything else.”) Drew, who as a child dug his own grave in the backyard and came close to suicide when his mother died, is certain that Matt is deeply depressed. (Maybe the family has a depressive gene?) Drew offers to pay for a therapist, and Ed hands Matt a check for the student loans.

When Matt rejects everyone’s analysis and each offer of help, his brothers walk away; even his father refuses to “enable” him any longer and tells him to leave.

Far from being overshadowed by veteran actor James Carpenter, all three younger actors do excellent work, as do Jha and Evans in their smaller roles. The last scene is gripping, especially because we feel so for Ryan Tasker’s lost, tormented Matt. But most viewers, I suspect, will find the ending disquieting—not uncomfortable but unsatisfying.

Unlike most plays, this one does not wind up to a revealing moment or climactic speech. Matt never explains himself. And as the stage goes dark, we have no idea what he will do. Personally, I find that open-ended ending thrilling. I’ve been thinking about Matt’s plight ever since.

For another view of SWM, see:
straight-white-men-captivates-curious-minorities