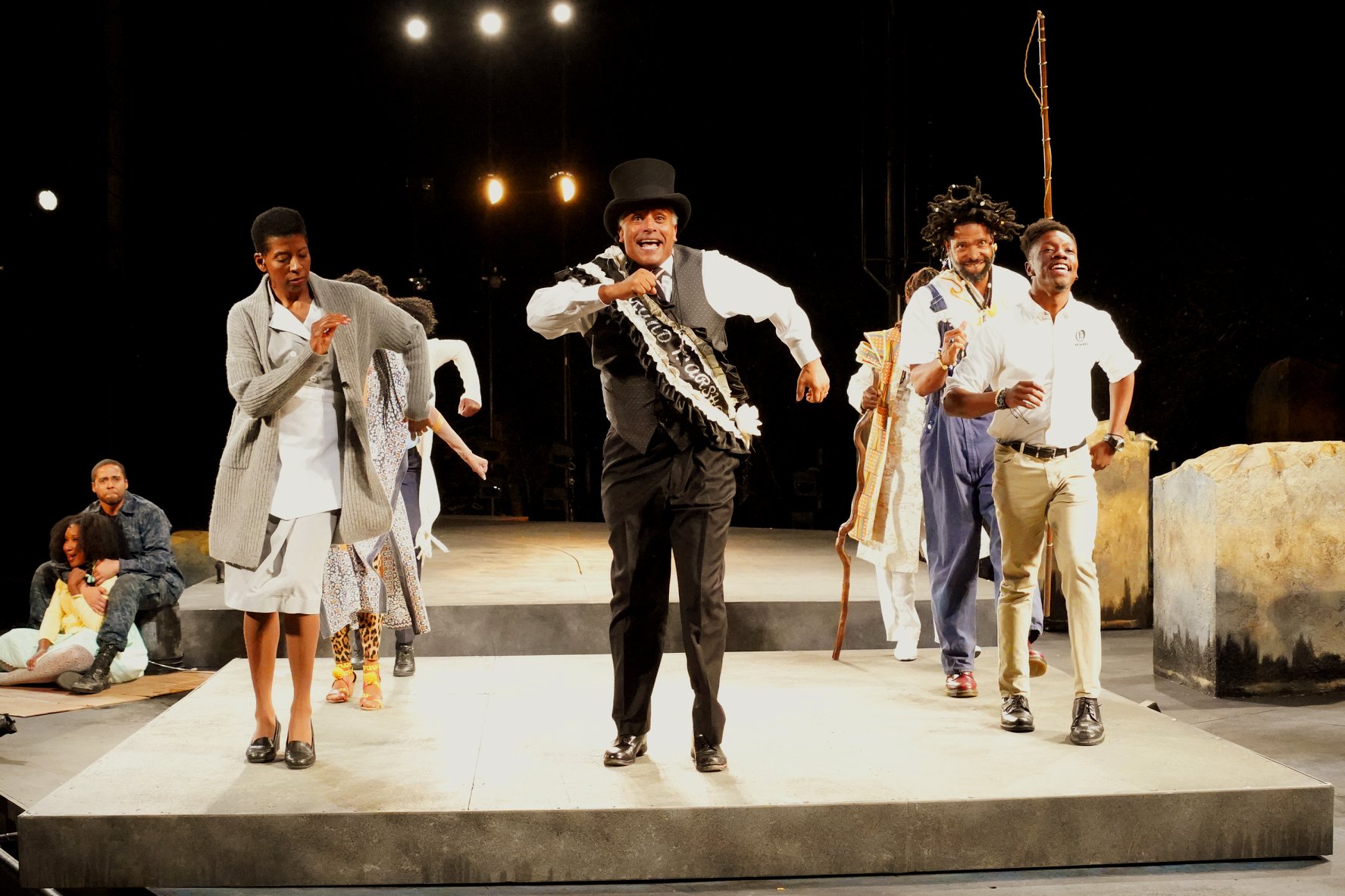 Award-winning playwright Marcus Gardley, a renowned son of Oakland, morphs Homer’s Odyssey into a Black History saga.  Cal Shakes has remounted Gardley’s lyrical piece that pays homage to the African-American oral tradition. In “Black Odyssey,” Ulysses Lincoln (talented J.D. Mollison) is trying to get back from war in the Middle East to his home in Oakland.

“Black Odyssey” leads us on a extravagant adventure which includes family, music, and quarreling gods. The Gods,Great Grand PawSidin (bold Aldo Billingslea) and Great Grand Daddy Deus (dominant Cleavant Derricks), use Ulysses as a chess piece for their amusement. Their comical and mythological game will decide Ulysses’ fate.

Stranded on a makeshift raft, Ulysses has left behind his pregnant wife Nella Pell (superb Santoya Fields)  to fight in the Afghanistan War. Ulysses wants a piece of the American dream for his wife and his troubled son, Malachai Malcolm (inventive Michael Curry). As Ulysses fights his own inner turmoil, his steadfast wife and son are left to fend for themselves in the Oakland ghetto.

In  2½ hours, “Black Odyssey” funnels us through a lively retelling of Black history in the U.S. With astounding singing, jazz, and drum beats Ulysses travels through a watery purgatory. He is shepherded by Great Aunt Tina (hilarious Margo Hall), who enters like a firecracker in a beautiful yellow dress and a sharp tongue. Using hip-hop rhythm, Gardley assaults our senses with blunt police brutality. Malachai retorts,  “The only crime I did was being young and black.”

The vast and imposing Cal Shakes stage is divided into two sections: one for Oakland and one for Afghanistan. In the background, huge beige pillars loom, twined with branches. Director Eric Ting transports us from Nella and Malachai in Oakland to Ulysses at sea. Ting takes us on a dream-like odyssey, a difficult voyage home.

Great Aunt Tina gives faith to Nella that Ulysses is still alive somewhere, even after 16 years. As Tina, Margo Hall delivers sweet, smart remarks that remind us of our favorite auntie.

The top notch singing compliments the enchanting dancing sirens in sequined dresses and capes. Imaginative and reflective of the importance of music in African culture, each siren represents a different time period.

Using song and adventure, Gardley’s “Black Odyssey” shows us where America comes from and how we got here. Ulysses and his family stands for the African American journey. He tells a vast epic tale by touching us individually. We need know our roots. What a story! 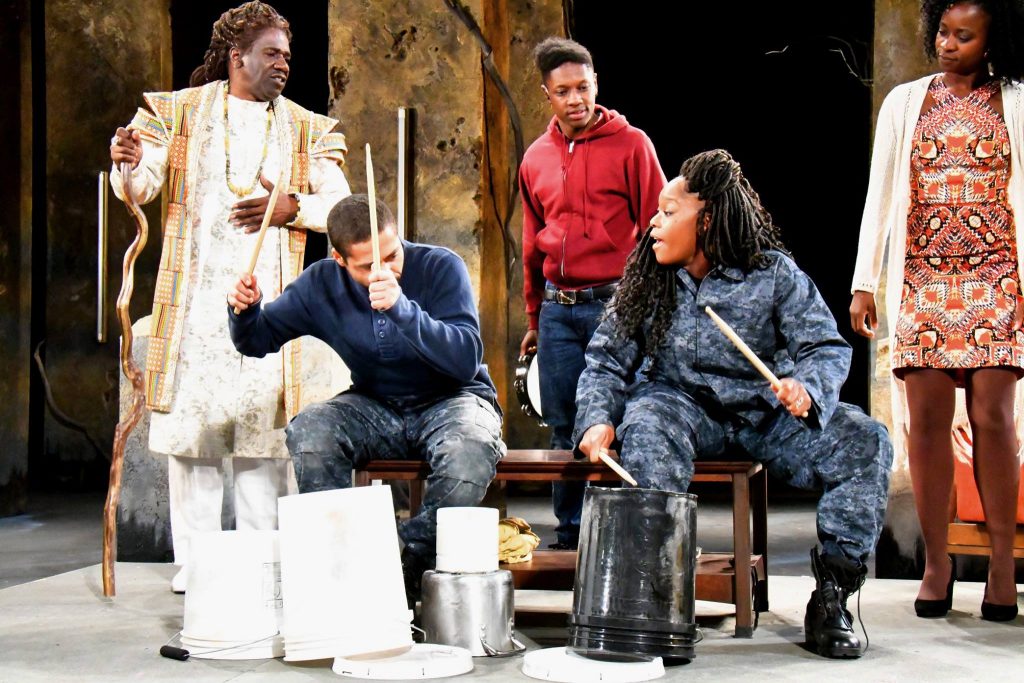