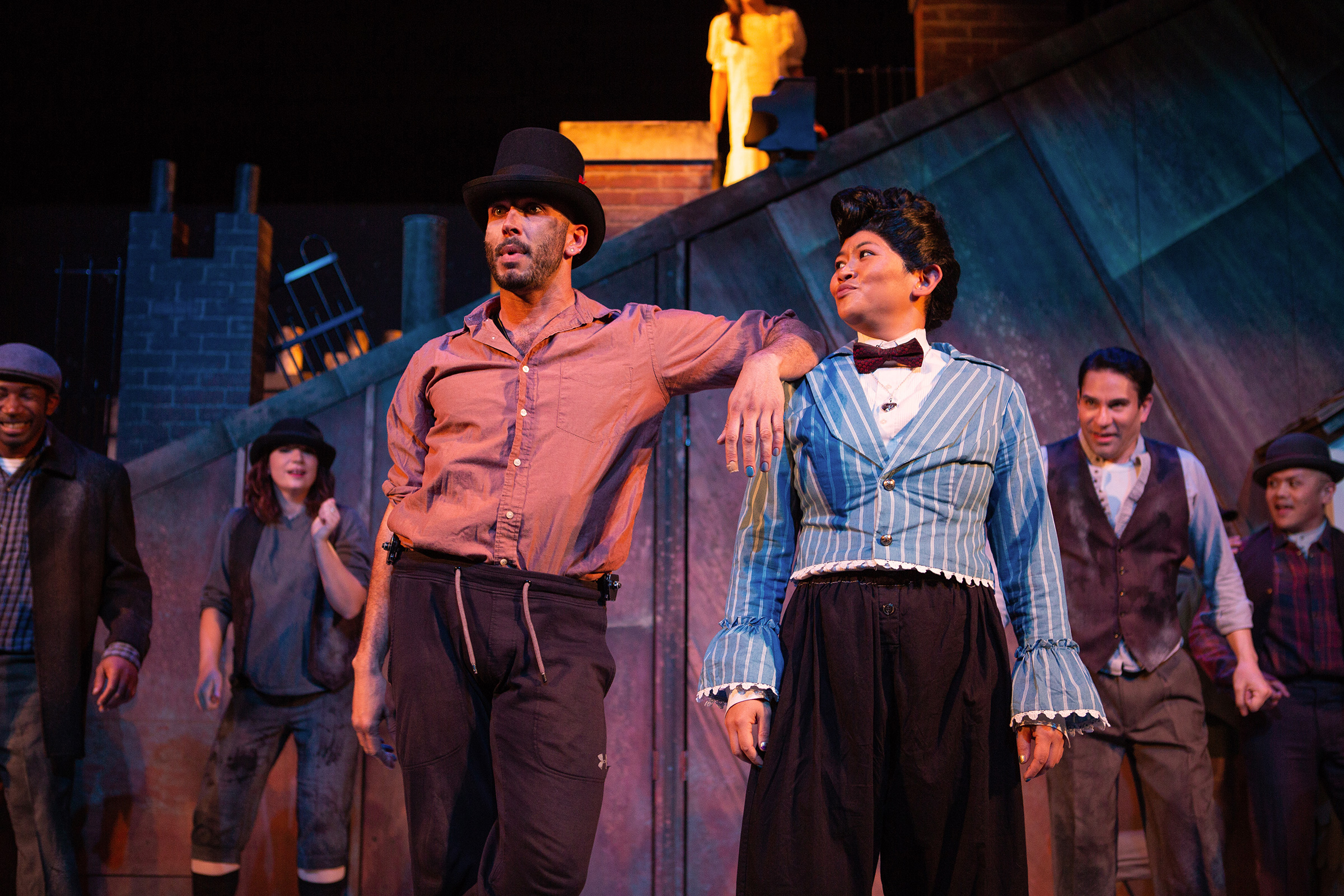 Susi Damilano Delivers a Poppin’ Nanny for the Ages

by Rachel Norby and Tyler Jeffreys

Mary’s natural alliance with Bert the Chimney Sweeper (swaggy Wiley Naman Strasser) defines a new “Poppins.” Unlike the Disney movie, this “Mary Poppins” hones in on the immoral gap between England’s poor and the middle class. Damilano introduces a punk rock, edgy tone into her adventurous “Mary Poppins.”

When radical Mary (Beh) floats down on her black umbrella, she turns the British Banks inside out. Beh’s soft relaxed voice lulls us all into understanding the gap between classes. Although she strains for the high notes, she always looks the London snobs in the eyes.

Mary challenges the middle class with classic songs like “A Spoonful of Sugar,” refusing to coddle the little Banks. Mary helps them reach out to the world beyond Cherry Lane.

At her Talk Shop, where locals shop for “conversations,” Mrs. Corry (delightful Sophia LaPaglia) charms us with her swirling cotton candy pink hair. Choreographer Kimberly Richards transfixes us with the “Supercalifragilisticexpealidocious” song and dance, adding big hip hop arm swings for each syllable.

Beautiful Katrina Lauren McGraw helps the Banks kids get their heads out of the sand with her stunning songs. As the homeless Bird Woman, her peaceful presence and soothing R&B voice pierce our hearts. McGraw encourages Jane and Michael to see her humanity.  And as Miss Andrew, McGraw terrorizes the stuffy Banks with her glorious, operatic “Brimstone and Treacle,” an absolute joy.

Mary Poppins shows the Banks that  the world is bigger than just them.  The ultimate nanny opens the door to sharing, humanity, and diversity–one family at a time. Director Susi Damilano has made an amazing “Mary” for Millennials–and for the rest of us, too!