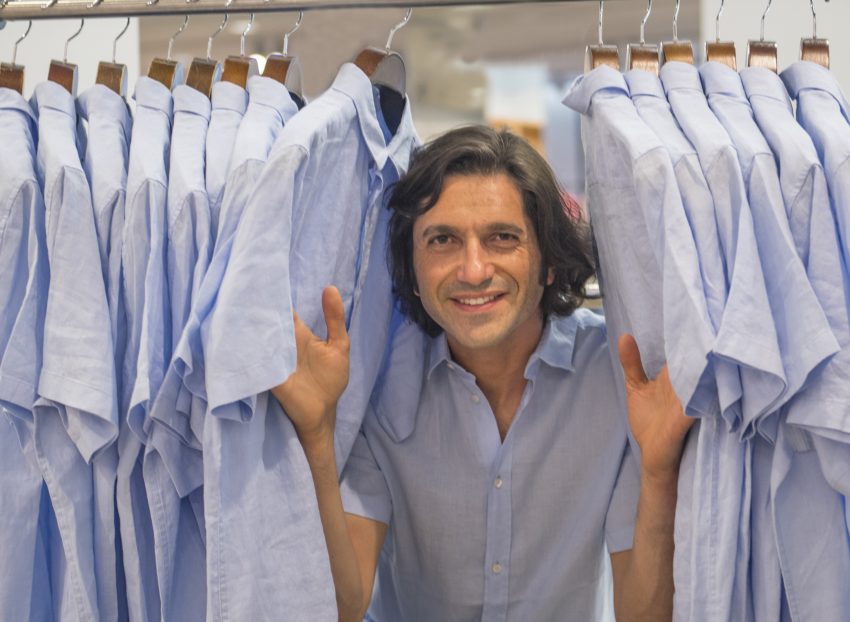 In the small, upstairs theater at The Marsh, I spy the silhouette of a tall, bushy-haired man, who slips onstage and sits at a table with glasses full of water. The lights flash on and charming Adam Strauss begins his personal tale of “The Mushroom Cure.”

The title “Mushroom Cure” plays on Adam’s insistent internet search to cure his Obsessive-Compulsive Disorder, which keeps him from making even trivial decisions. After scouring medical sites, forums, and all dark corners of the internet (he even ventures past the first page of Google search results, bleh), he finds one study claiming that psychoactive mushrooms can alleviate OCD symptoms.

Adam guides us through his crippling search for a girlfriend, his inability to find a mushroom dealer, his experiments with random drugs, and his erratic career. His off-the-cuff delivery and relentless self-analysis transform to touching comedy. Through his search of life beyond obsession, Adam delivers a heartwarming, but scary ride on the OCD roller-coaster.

In crisis, Adam takes is  on-and-off Kansas girlfriend, Grace,  to a beachfront cabin at Martha’s Vineyard, where they plan to test  concoctions of psychoactive cacti. Adam mixes green powder into water, downing half a glass. After a lengthy pause, he turns to the audience to see if we want to partake.

Suddenly, my hand raises to scratch my ear—and Adam invites me to share the wicked potion. I fumble for words to say I will not be sharing his brew. For one moment of public paralysis, I join his daily dread and fear.

Adam is brutally honest and well-aware of his vulnerability. As he dives deep into his psyche, he commands the stage and deftly controls our reactions. His career as a stand-up comic provides  quick wit and superb timing.

An engaging guy, Adam pokes us when he fails to get an expected reaction. I never yearned to yell out to an actor, but Adam is just that kind of performer. His vulnerability calls out to us. Rather than passively watching his performance, we engage with Adam.  We help him puzzle out why he fails with Grace, or why a joke fails to land—though he’s damned hilarious.

Towards the end, Adam comes clean—how to end this show? His OCD has gotten better. He has (somewhat) repaired his relationship with Grace, but he still doesn’t know where he stands or where his life is going. These changes destroy his previous ending, and leaves him questioning: How does he end a show based on the life he is still living?

And that feels like the perfect ending.  A man who battles with indecision and obsesses over details decides open his life to us. Like a group therapy session, Adam grasps control of his own narrative—a thrilling and special experience.

“The Mushroom Cure” by Adam Strauss, directed by Jonathan Libman, at The Marsh, San Francisco, through Wednesday, July 7, 2019. Info: themarsh.org