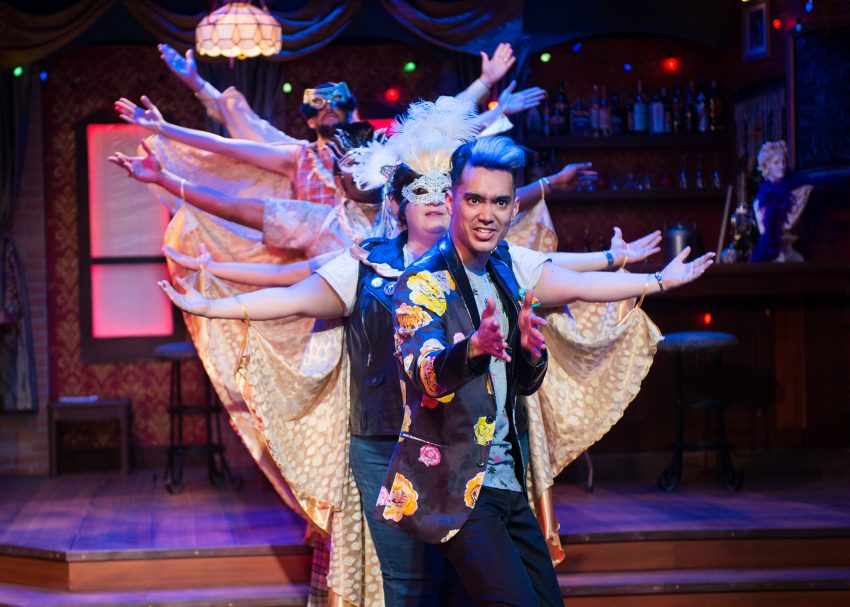 by Christine Okon, reprinted from Theater & Such

New Conservatory Theatre Center is celebrating 38 years as an LGBT themed theater. Their current production of Max Vernon’s musical “The View Upstairs” brings that whole span of history to life.

In 1973, homosexuals were still being targeted, assaulted, and reviled by mainstream culture. But in the New Orleans French Quarter, The Upstairs Lounge serves as bar, meeting place, church, family room, sanctuary, and “Some Kind of Paradise” for gays in the know. An arsonist’s attack destroys  the building, killing 32 people and injuring 15. No one is  ever arrested.  “The View Upstairs” is the playwright’s homage to this bar, its patrons, and the sweep of gay history.

The musical begins with a dance party in a deliciously decadent ballroom full of Christmas lights, a disco ball, and the framed Playgirl centerfold of a naked Burt Reynolds. Everyone freezes in place as director and NCTC founder Ed Decker steps up to welcome the audience to the party. 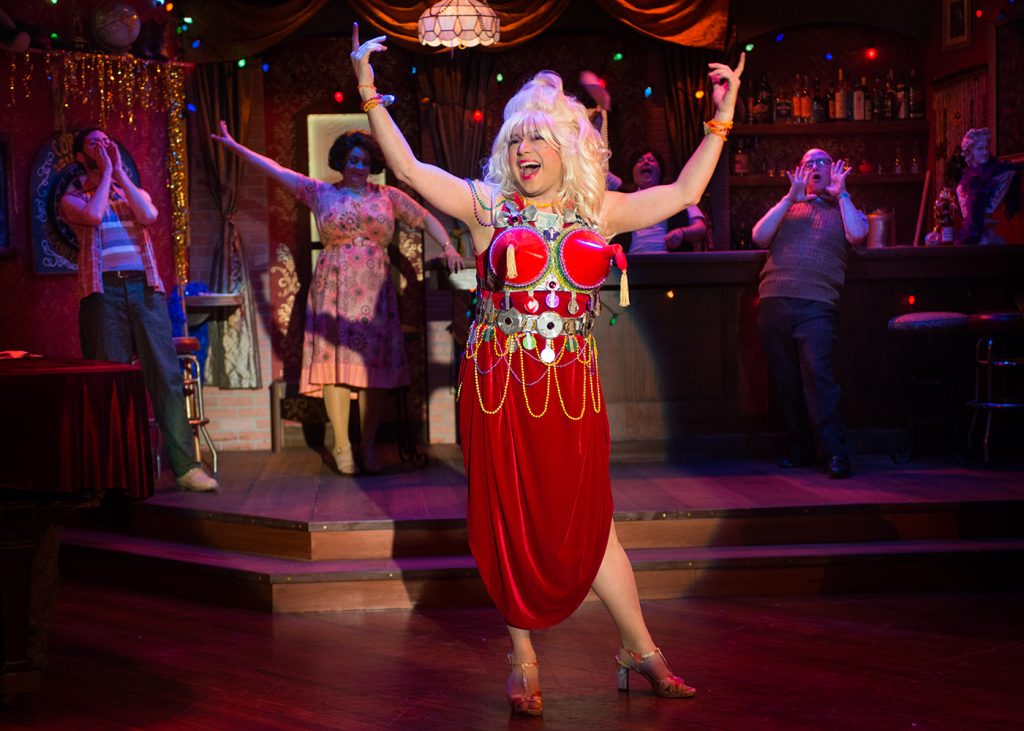 The stage darkens as young Wes (wide-eyed Nick Rodriguez) wanders the room and wonders why, in 2019, he bought this decrepit building that needs a ton of work. Suddenly, magically, the lights go up, the party resumes, and Wes, clutching his smartphone, joins the diverse crowd that welcomes him. They sing, “Lost or Found?

As with most time travel stories, the stranger from the past or future is baffled and amused by the other era. Wes–used to interacting through his phone via text, Grindr, Facetime, and hashtags–is startled by talking face-to-face in real time. He finds deeper connections with these “ghosts” than with today’s faceless, digital entities.

Patrick, a handsome guy in 70s orange bell bottoms, is drawn to Wes, but scoffs at his need for technology. Writer Max Vernon creatively compresses the arc of decades into mere moments, and we are right there with Wes taking it all in. What endures over the years are love, connection, and friends.

Although not everyone performs with high caliber singing, stand-outs include Coleton Schmitto as Patrick, who teaches Wes about real love. And Jesse Cortez, the newbie drag queen who, with the support of his mother (open-hearted Linda Dorsey), sings with sweetness and vulnerability. 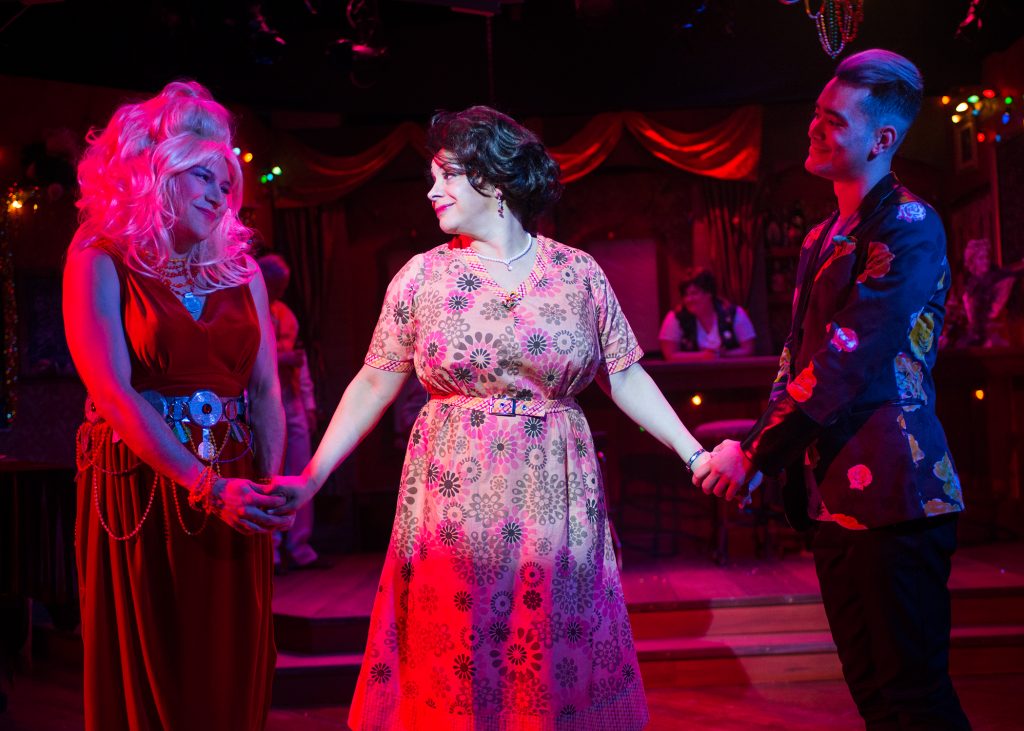 We feel that The Upstairs Lounge was a real home for emerging gay guys, heightening the sadness of a similarly tragic fate met by many LGBT people at The Pulse in Orlando.

Those who remember 1973 can see the progress that has been made and how precariously close we are to losing it, under constant pressure. These lessons from the past must give us resolve for the future.