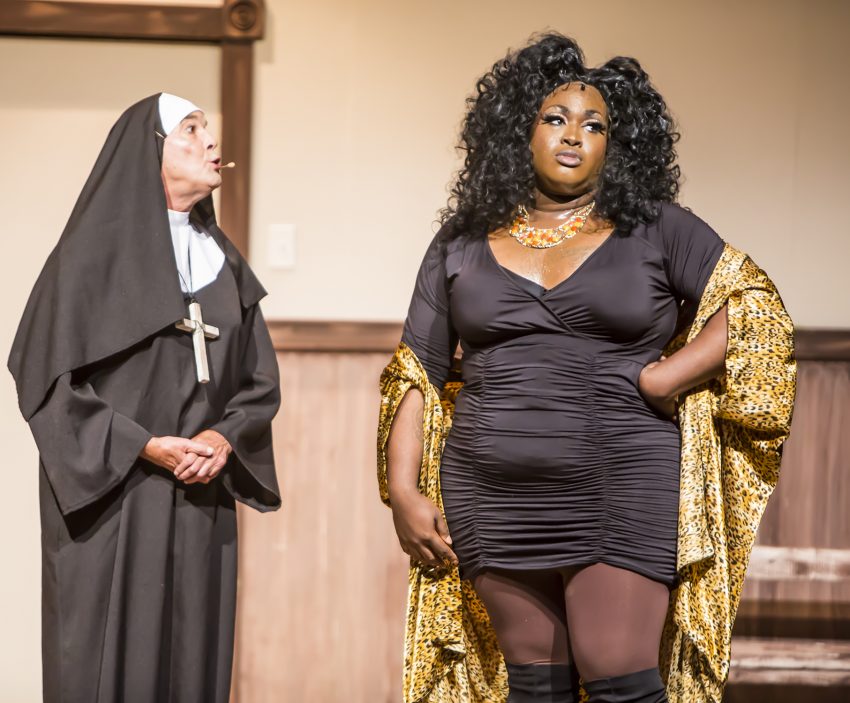 Whoopi Goldberg did it on film, and now Brenden Noel Thomas in nun-drag is every inch the ideal choice for Sister Deloris we could imagine! With a  beautiful delivery of each song, and an inspiring presence, Thomas delivers a hilarious performance,

Director and Choreographer Aejay Mitchell pulls out all the stops on this gender-bending romp. Impressive Drag Queens and nuns trans-form “Sister Act: The Musical” into a ground-breaking queer musical.

Theatre Rhino’s inspired adaptation of the 1992 movie is a hoot, and the jokes range from the banal to the irreverent to the sublime. What’s not to like about a chorus line of dancing nuns?

Mother Superior (Kim K Larson) provides solid support to Thomas’ powerful lead. Larsen absolutely shines in a  song lamenting Sister Deloris’ disruptions among the nuns. As the , cross-dressing Mother Superior, Larson channels delicious irony in her genuine display of piety, as she plaintively sings, “I Haven’t Got a Prayer.”

Scenic Designer Erik Flatmo deserves praise for his brilliant blue tinsel curtain that  creates the mood for the nightclub scenes.  When pulled aside, the tinsel reveals the convent’s weathered benches, a  perfect contrast between club and church.

Music by Alan Menken and lyrics by Glenn Slater place  powerful, foot-stomping musical solidly in the blues and gospel tradition. The cast’s enthusiastic performances sweep us up, as  Deloris passionately directs the Chorus of Nuns—a brilliant scene. 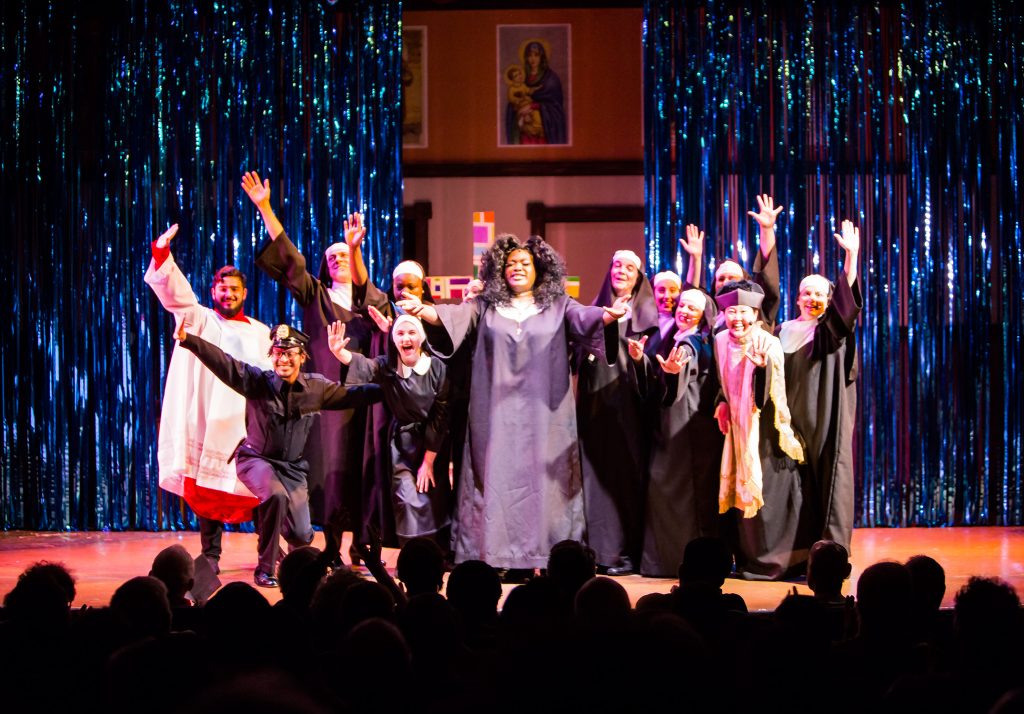 When she meets the Police Lieutenant (conflicted Jarrett Holley), Deloris calls him “Sweaty Eddie,” after her painfully shy admirer from high school. The cop shares his angst, singing,  “I Could Be That Guy.”

The fast-paced action flies by, making “Sister Act” into a two-act cyclone.  Director Mitchell leaves us wanting more of the exuberant music and fun. We want to see more of Brenden Noel Thomas who stands out with superb acting, singing, and action. Don’t miss it.