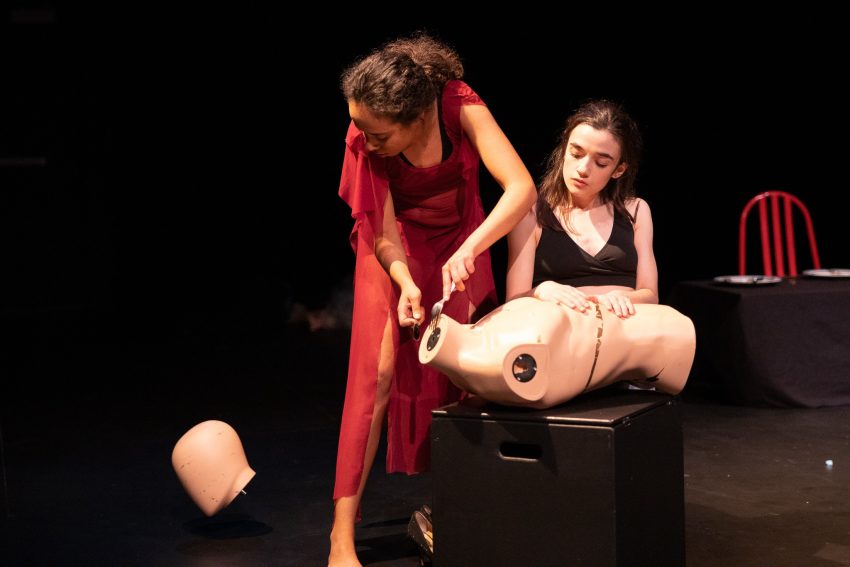 Lights come up on a woman in underwear and heels, her body covered in Saran Wrap as she drags her co-star onto the stage in a plastic bag. Their packaged limbs are reminiscent of true crime shows—or meat on the shelf at your favorite grocery store. Upbeat circus music fills the room, becoming gradually more disjointed as the two unwrap themselves and begin to gain bodily awareness.

Devised and performed by talented seniors Gianna Clark and Davis Leonard, “body/politic” is inspired by Artemisia Gentileschi’s Baroque painting “Judith Slaying Holofernes.” The piece depicts the notorious Biblical General bleeding out in his bed, his throat sliced open by Judith and her maid Abra.

With only a few black cubes and a handful of Barbies, Clark and Leonard re-enact the gruesome beheading over and over. The two personify our heroines as they infiltrate the feast, seduce Holofernes, and find increasingly outlandish ways to deliver the final blow.

Clark and Leonard’s bold imagery does the original painting justice. In one interpretation, they imagine a modern-day Judith, brutally waxing her legs in preparation for a night out. In another, acoustic music plays as the murderesses strike, their hands sawing back and forth to the tune of the cello.

Their victim is humorously represented by a symbolic plastic mannequin. Smooth and muscular, the lifeless torso flips the script on objectification, and turns the male body into a target of violence. At one point, Clark chains herself to the mannequin, dramatically demonstrating how the destinies of women are limited by their men. 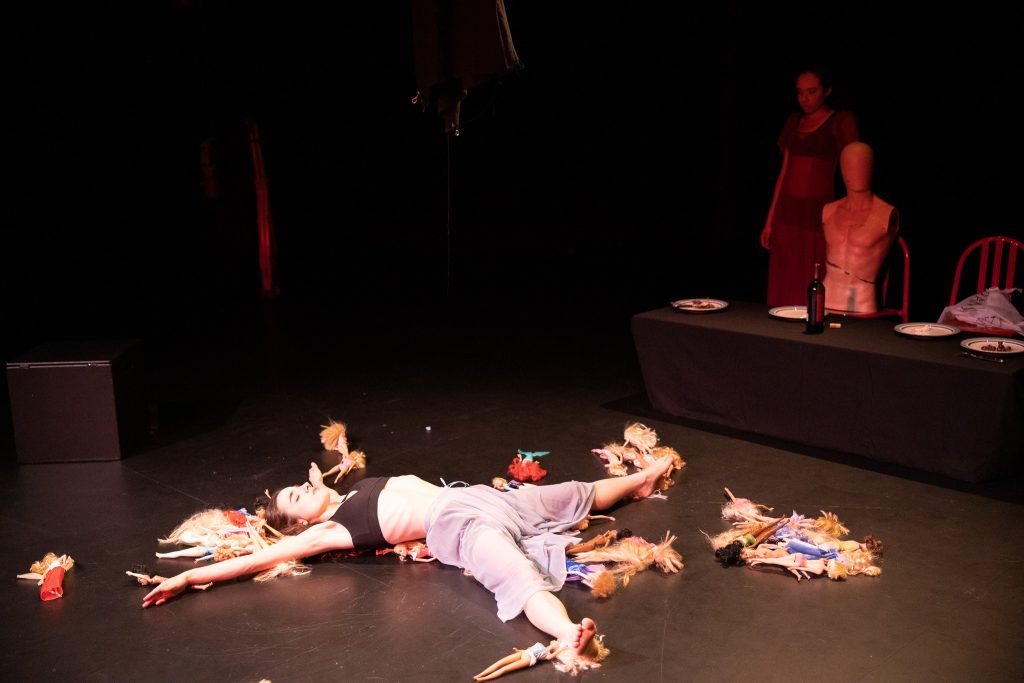 Though there are moments where the miming could be a little sharper, the piece beautifully conveys the trauma and resilience of living in a female body, constantly under siege. So many young girls are assaulted by the pressure to look like Barbie dolls. As adults, they learn that their beauty holds power—in Judith’s case, deadly power. But wielding this power is a dangerous game, and many women pay with their lives.

It is rare to find performance art so accessible, relevant, and heartfully executed. In an industry dominated by men, it is refreshing to see women artists directing their own bodies onstage. With rapists running the White House, abortion rights under attack, and Stanford’s own Brock Turner appealing his case, the avant-garde might be the best way to capture this political moment.

“body/politic” is a fierce and tender meditation on sisterhood, struggle, and the social laws that femmes must navigate to survive in a patriarchal world. This feminist murder fantasy reminds us that we can learn from our pain—that our bodies can be a source of strength. 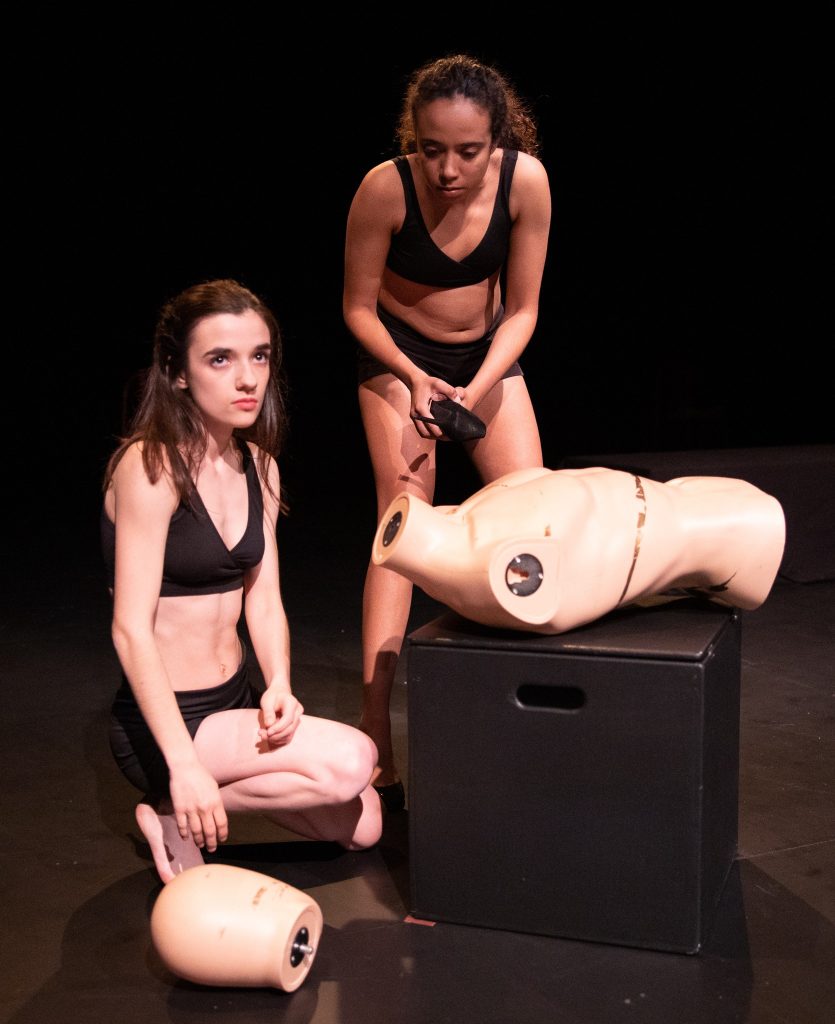