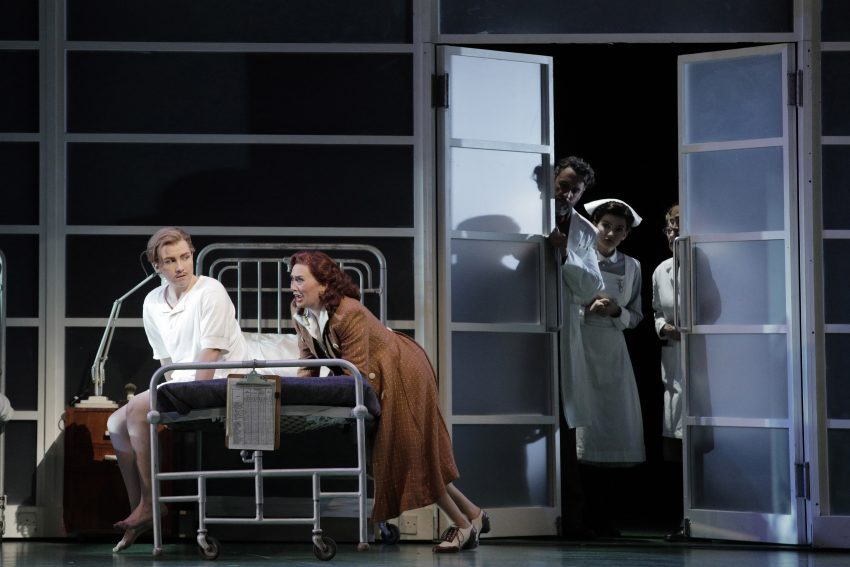 It’s good to see “Orlando,” one of the most famous of Handel’s 40-plus operas, in San Francisco again, especially since the vague Arcadian setting has been cleverly reimagined and updated.

The plot of this 1733 “trouser opera,” in which a woman sings the male lead, focuses on a warrior-hero (mezzo-soprano Sasha Cooke). Orlando is in love with Angelica (soprano Heidi Stober), but, as with most Baroque operas, there are complications: She fell in love with Medoro (countertenor Aryeh Nussbaum Cohen), who also is loved by Dorinda (soprano Christina Gansch). It’s wartime, and Orlando’s ardor is distracting him from military duty, so Zoroastro, a magician, is striving to turn the hero’s attention from love back to glory.

In a brilliant move, this Scottish Opera production is set in a London military hospital during the Blitz; ace flyer Orlando and his rival, Medoro, are both recuperating there. Dorinda is a nurse, and Zoroastro (bass-baritone Christian Van Horn) is the head doctor. Now, during a real war and a good fight, his attempts to get Orlando back into action make more sense. (Medoro can no longer walk without a cane.)

The story calls for lots of comings and goings, in and out of the set’s many doors, as Medoro and Angelica prepare to leave, and Orlando descends into a murderous rage.

It’s still thin and repetitive, but production designer Yannis Thavoris’s early ’40s-style revolving set is impressive. And the often-clever stage business that director Harry Fehr comes up with—a lot of tea is served from tea carts, as would happen in a British hospital— enlivens things nicely. After a promising setup, though, nothing deepens our interest in most of the characters. 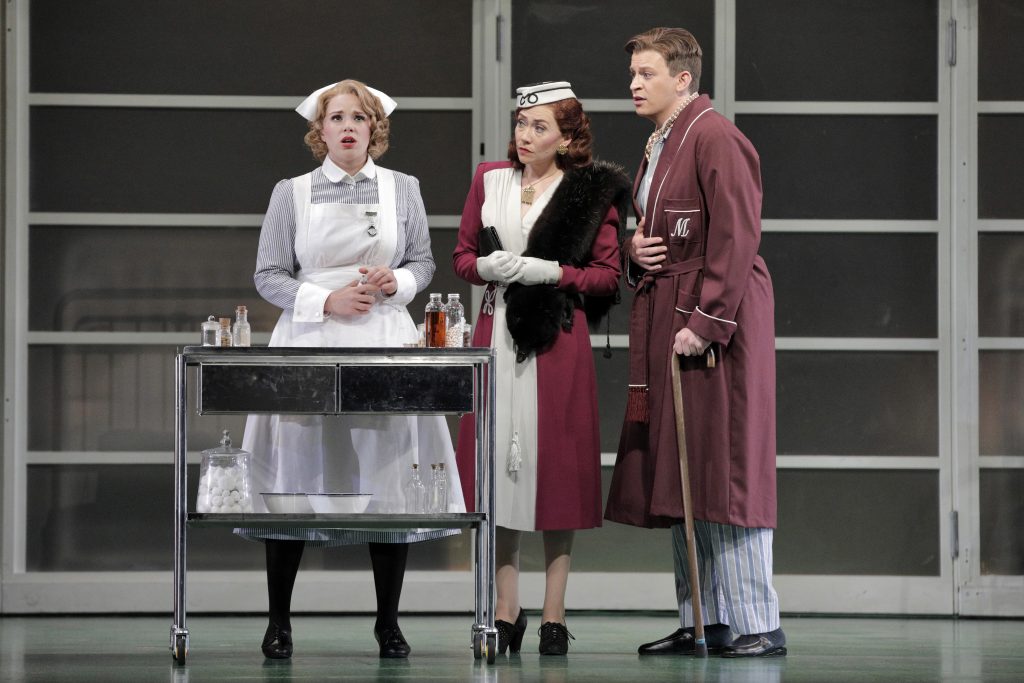 Of course, we’re here for Handel’s glorious music (ably performed by the San Francisco Opera orchestra, led by Christopher Moulds) and the singing of Handel’s intricate lines. Here, the cast is almost uniformly impressive. In her U.S. debut, Christina Gansch is a standout discovery as sturdy, lovesick Dorinda, at once humorous and touching.

Medoro would love her if he could; Angelica, too, is full of compassion for the heartbroken nurse. Gansch’s singing with Cohen and with Stober when she joins them are for me the best moments in this production. Their voices blend in a way that’s not just utterly beautiful but also unusual, since Cohen is a countertenor, the highest adult male singing voice, equivalent to the female mezzo-soprano. 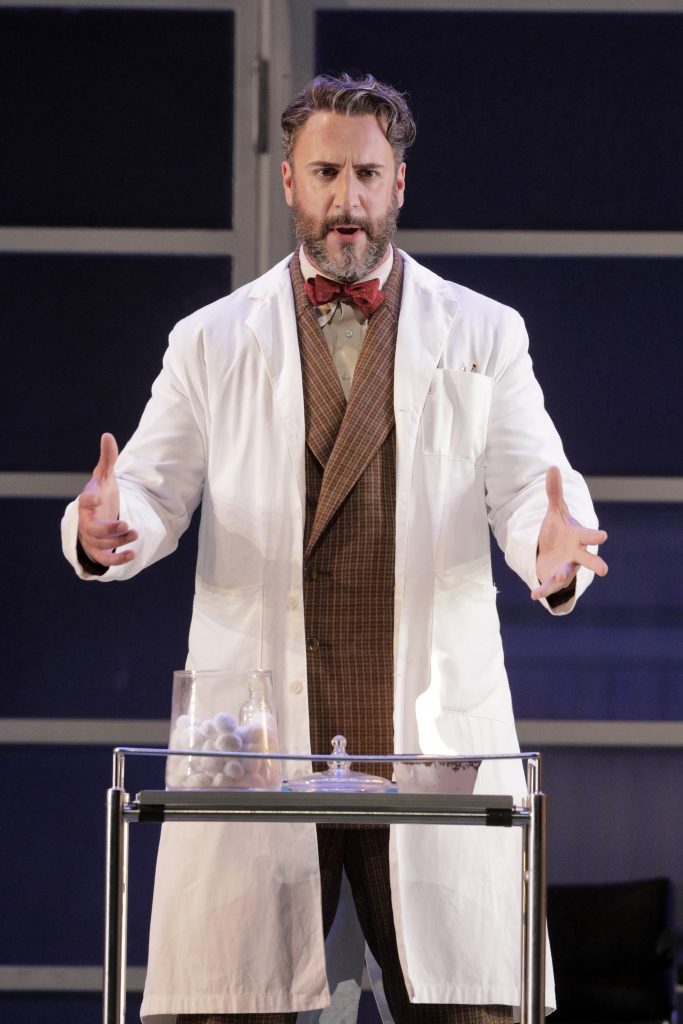 As the doctor, Van Horn is his usual strong, authoritative presence. It’s the normally charismatic, lush-voiced Sasha Cooke who disappoints. On opening day, she seemed weak at times, and in the lower registers (which are really low), her voice almost disappeared. It was difficult to feel moved by her Orlando’s many moods—his manic passion and madness, his tenderness once “cured” by electroshock therapy.

Still, this “Orlando” has many pleasures. And who knows when he’ll be back?