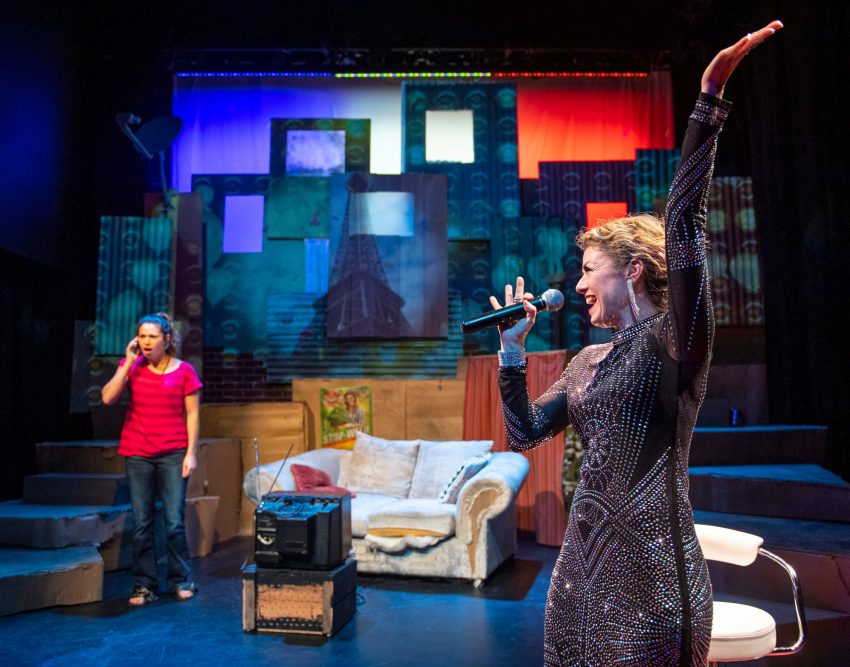 Turkish playwright Sedef Ecer and translator Evren Odcikin bring us a fascinating story, shedding light on Istanbul’s continuing conflict over urban refugees. “On the Periphery” is exactly the kind of theater we want to see, giving voices to people and struggles we don’t know about, yet.

Set in the “Genies and Angels” slum of Istanbul, at the vast, rotting city dump, we learn how impoverished families struggle to barely survive. Sweet Tamar (engaging Leila Rosa) and kind-hearted Azad (charismatic Zaya Kolia) live in a rickety shack, cobbled from tarps and discarded metal. They dream of leaving Istanbul, even for refugee life in Paris.

When Azad tries to assure Tamar they will leave soon, she simply replies, “I know.” But Azad comically begs, “Please don’t say ‘I know’ like that!” Actors Rosa and Kolia have lovely stage chemistry, especially in moments of teasing.

Tamar is obsessed with Oprah-like daytime talk show hostess, the “Sultane of the Periphery” (magnificent Ayla Yarkut). The Sultane is known for giving away lavish gifts and making so-called miracles happen. As Sultane, Yarkut dazzles us, hamming it up right to the edge of insincerity. Costume Designer Maggie Whitaker provides a spectacular sky-blue silk and sequin dress, worthy of the prophetess.

While Tamar believes the Sultane can help them achieve their Paris dream, pragmatic Azad is skeptical. We root for them to escape the misery of Istanbul’s slums—despite the odds stacked against them.

Flashing back twenty years, at the same slum, we find pensive Bilo (effective Lijesh Krishnan), his spirited wife Dilsha (delightful Sofia Ahmad), and their nomadic, Roma neighbor Kibele (charming Olivia Rosaldo-Pratt). As migrants from rural Turkey, they all build shacks, hoping in vain for a job.

Dilsha defies the community and her husband, forming a close friendship with Kibele that will constantly be tested as tensions between the Turks and Roma rise. We see that even at the edges of the periphery there must always be scapegoats.

Although the scenes from the past are heartbreaking and moving, the three actors recount their story directly to us, using narration instead of dialogue. When paired with the gripping scenes of dialogue between Tamar and Azad, they seem out of place.

“On the Periphery” reflects the passion and work of co-producers Golden Thread Productions and Crowded Fire Theater. It’s taken three years, and two translations, to bring to San Francisco.

Playwright Sedef Ecer reminds us that the refugee crisis is not a recent invention, rather a continuation of historical prejudice and hatred. With the encouraging success of Golden Thread and Crowded Fire’s first collaboration, we look forward to more innovations. 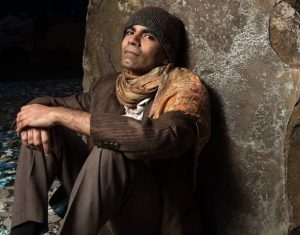